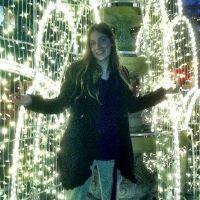 I'm not sure when I realized I wanted to cosplay Tsukitachi, in all honesty I thought he was kind of an idiot in the anime. But then I read the manga and got to the point where he's standing on a table shouting about meat and I knew I had to cosplay this dork.

I could re-use a lot of my Hirato cosplay for Tsukitachi since they wear the same outfit. The coat, belts, gloves and top hat were all stuff I had for Hirato already. The only thing I had to get was a wig, which is Arda's Jett in apple red. The tie is something that my dad had but I really need to get one that's accurately striped. 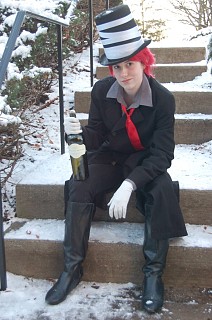 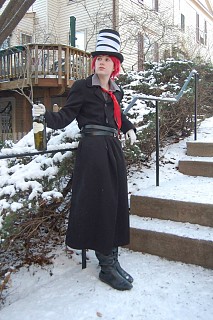 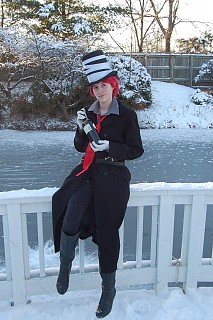 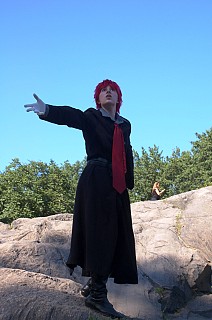 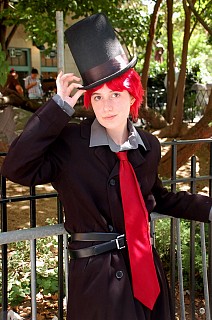 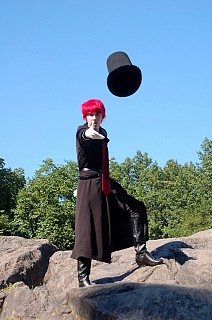 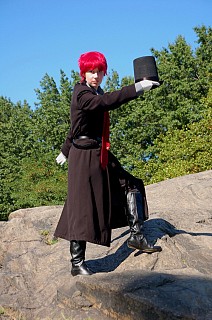 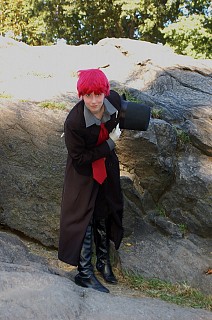 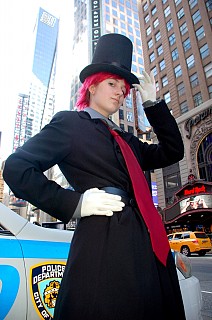 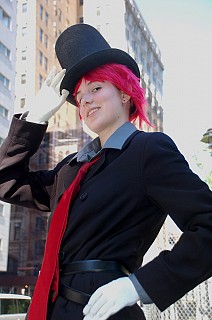 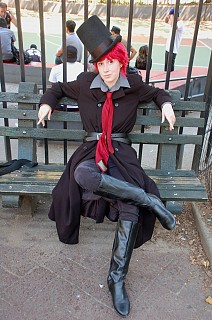