I made this costume for my roommates. We thought it would be cute to go with their Roxas and Axel costumes.

The head was made from a Ferret Ball, with a layer of quilting stuffing so that you couldn't see the slits in the sides of the ball. I then covered it in a soft spandex that, when stretched, is easier to see through. I then added some heavy grade wire (I don't know what kind it is because it was given to me) and some foam to the base, covered that in the same material for his antenna. The eyes are glow lights we found at IKEA. I added some velcro to the back of them so they can be taken off and turned on/off.

I use a cowl with this costumes so you don't see my neck. I made the body suit from the same material as the head. I did this because I was afraid if I bought zenti suit, it would not match up exactly. Also, this gave me the liberty of being able to make my body kinda bigger/baggier then my arms. Cause they got a bit of pooch to them. I made the gloves have three finger and stuffed the tips with left over quilting foam.

The feet were an old pair of house boots. I took some foam I got from an old couch cushion and cut it to the shape of the heartless feet. I then connected them to the boots with thread. But I let them stay a little loose so they would have some give when walking. I then made a cover for them.

I love wearing him around and being silly in him. At SakuraCon 2011 I walked around with a bottle of Sapporo and played it off like I was a Heartless, extremely down on his luck.

In the future I will put a tutorial on my website as to how you can make him as well. 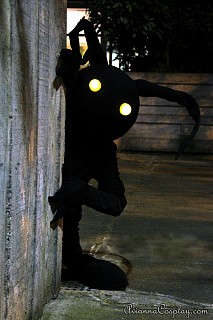 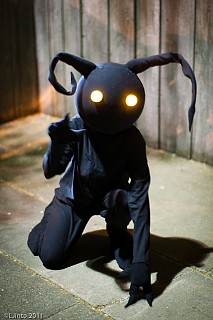 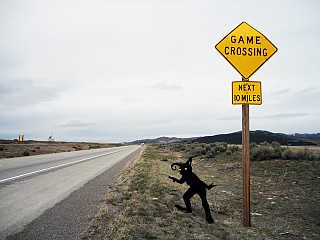