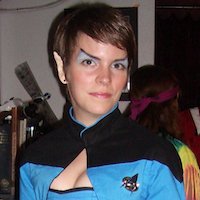 I really love this costume. The design, clothing, tail, accessories, and props were all done by me. The body painting was done by my very generous partners-in-crime, via airbrush and stencils. The electronics for the longbow were also done by said partners-in-crime.
I'm very happy with the jewelry, which I made with culturally-appropriate methods and materials. The loincloth loops around the tail, in a clever move on the film designers' part. The feather top is modeled on one Neytiri wears during Jake's Dream Hunt ceremony, when he becomes one of the Omatikaya clan. I liked it better than her usual necklace.
The character is an avatar, not a true Na'vi, because I didn't want to try modifying my fingers and toes to have 4 on each limb. It also allowed me to have somewhat more humanoid features, although I do use nose and scar wax to reshape my nose.
I have also done this character in human clothing, cutting a hole in my skirt so I can slip my tail through. The tail is based on Delrin, a flexible thermoplastic that I heated up, bent into shape, and then weighted down with bits of aluminum rod so it bounces naturally. It's covered with cotton batting and blue spandex, which was then painted to match my skin. The hair at the tip is leftover wig trimmings, from when I put the braids and feathers in.
The ears I made myself, using polymer clay sculpts as a basis to paint layers of liquid latex on. Once the ears were pretty thick, I peeled them off the latex, trimmed any drips, and painted them with the same body paint. They're mounted to the wig, using bits of index card to stand them upright. I then use the wig to conceal my human ears, which are much lower and further back than Na'vi ears. I considered using latex squares to cover them, but the wig does a fine job.
For the next version, I'm thinking about switching from Ben Nye Magicolor (water-based makeup) to Reel Creations Body Ink (alcohol-based). We'll see how test runs go.

New: I entered and won the Norwescon 34 masquerade, using alcohol-based makeup. Here is some video of the costume in action, showing off the blacklight-reactive paint of my dots.
http://www.youtube.com/user/tereshkova2001 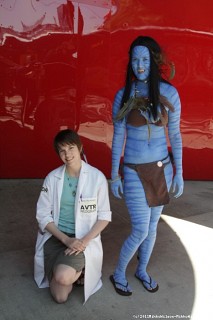 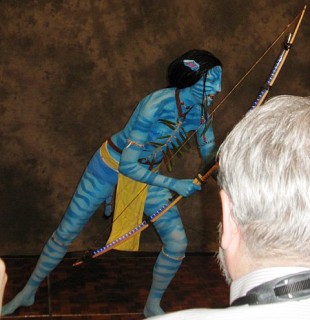 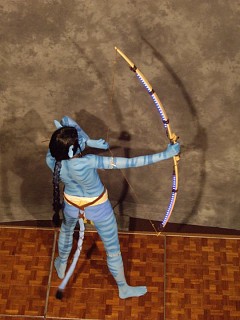 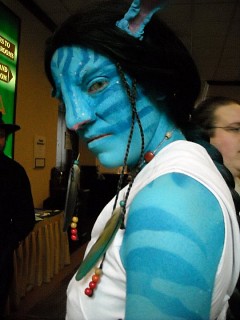 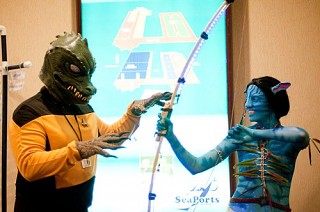 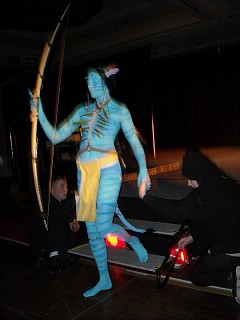 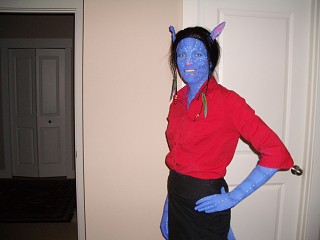 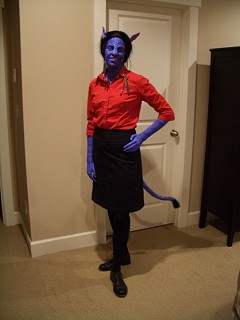 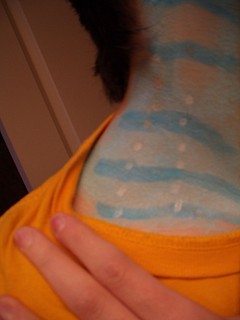 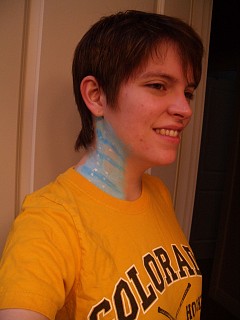 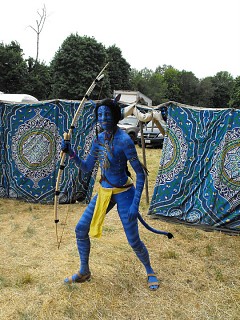 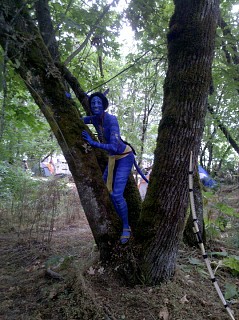 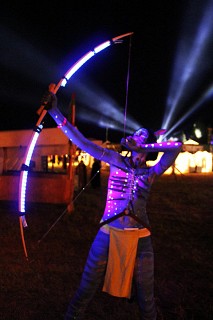 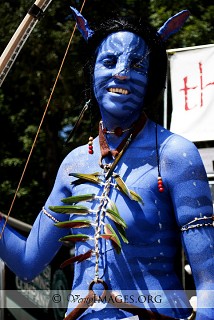 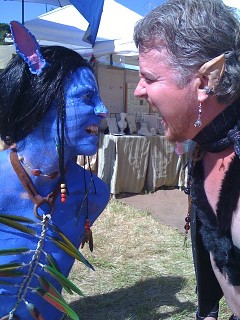 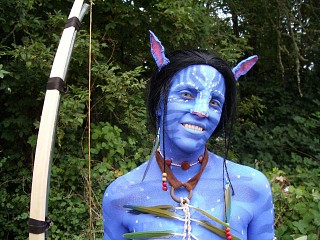 anime_wench SOOOOOO FREAKING AWESOMEEEEE!! OMG, you are one of the coolest cosplayer EVAR!!