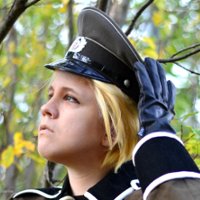 Galen Erso is my favorite character in the Star Wars universe followed closely by Anakin Skywalker and Obi-Wan Kenobi. Galen is a character who has been shrouded in mystery and the only thing you basically knew about him was his name, until Rogue One: A Star Wars Story came out. I, like many others, watched the movie at the cinema when it had its premiere and oh boy, did Galen's character and story tug at my heartstrings...

When it comes to movies, I'm one of those persons who just don't get emotional by watching something that I know is -most of the time- fiction. Despite the acknowledgement, I found myself crying silently to the death of Galen Erso. Just the setting and the scene itself where Jyn Erso tried to desperately save and take her dad with them, from the crackling platform to no avail, made such an emotional impact on me. Yeah, I couldn't help but to shed some manly tears right there. For some reason, tragic "parent-child sacrifice" stories and the "bad guy who is actually a good guy, dies for greater good" ones just seems get to me and well, Galen had a fair share of both of them. I just love how deep and fleshed out his character and story is.

All in all, I love Star Wars, its story and its characters. Galen Erso is also my first non-anime/western cosplay up to date. The makeup was quite the challenge in itself, as I had to find that balance between "anime and realistic". This is also the first costume I decided to use my own hair for, as some other Star Wars cosplayers recommended me to, if possible color-wise. Last but not least, my reason for choosing to cosplay young Galen Erso in his Imperial uniform is because, first off, I like the overall design of the uniform. But I also fell for that one, short, flashback scene (Rogue One) where you see Galen in said uniform speaking with his Imperial colleagues to eventually go behind the scenes to hold/cheer toddler Jyn Erso up. This scene alone was feels materials for me, gosh...

Costume information:
The costume is sponsored by CosplaySky.co.uk. The rank bar is from Interstait Design (Etsy) and the belt and boots are bought. I plan to get a movie accurate belt in the future but I will skip the boots.

---
I have cosplayed Galen Erso at following cons: 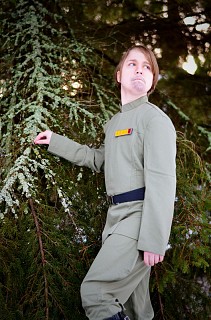 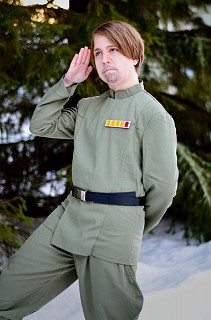 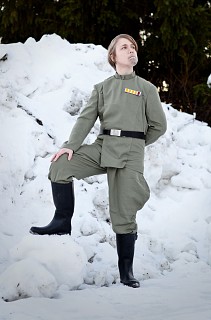 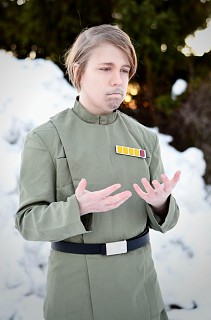