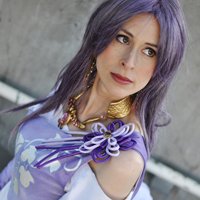 Oscar was started at the same time D'Eon was, back in late 2010, but finished way after because she had no "performance deadline", so she didn't become "done" until February of 2012. Between the two, I guess I had well over a year of French half-historic costuming. Pretty scary.

I wanted Oscar to look as realistic as possible, but I didn't want to force historical accuracy into it if it would sacrifice the original design. A lot of that involved making the best fabric and embellishment choices I could without breaking my bank on the matter. It took a fair deal of searching, and my sources ranged from sutlers in Belgium to a wipeout clearance on eBay from a varsity coatmaker's shop, to even the neighborhood JoAnn's.

I think the funniest part of this whole outfit, oddly enough, is the wig. This is the most silly 80's wig EVER, not heat resistant (which is a preference of mine nowadays) and under any other circumstances, I would have no interest in using it. But for Oscar, the big curls and puffy style ended up fitting her far better than any other wig I sought out. So yeah, rockin' the big hair here, not that I never did so at any other part of my life *ahem* 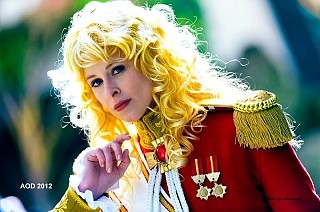 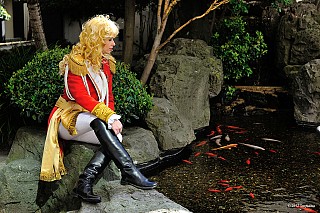 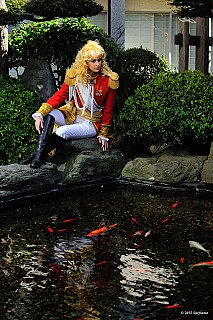 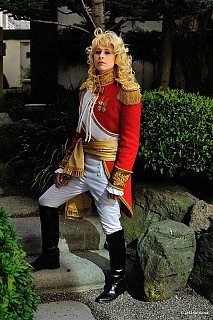 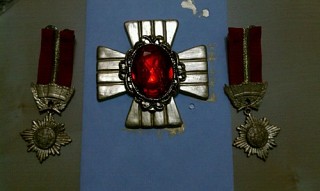 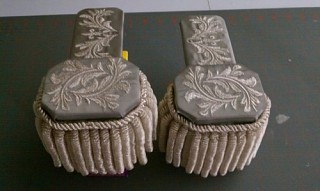 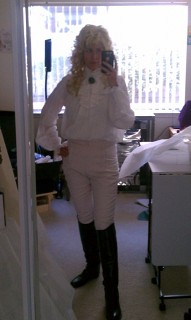 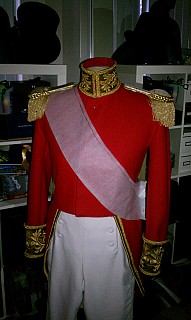 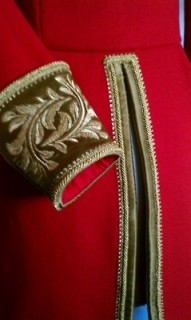 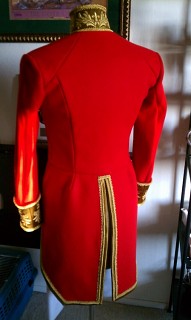 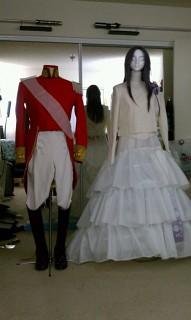 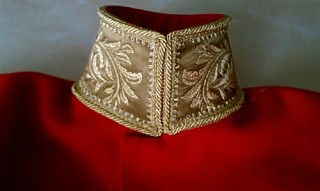 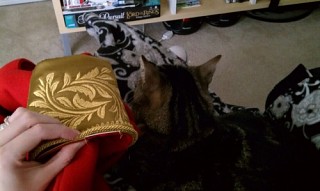 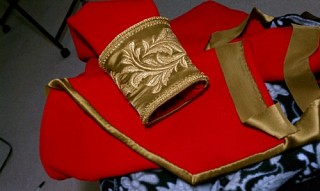 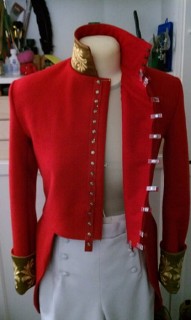 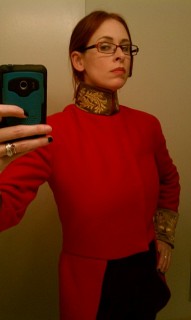