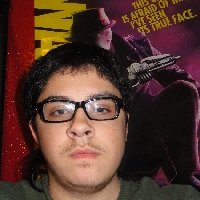 Walter Joseph "Rorschach" Kovacs was from the graphic novel written by Alan Moore and illustrated by Dave Gibbons. My costume will be comprised of several parts. Which indivigual progress and cost I will track here.

Hat: 50% 5$ for the hat. A simple brown fedora with a dark purple band on the bottom of the crown. I bought a brown fedora at the local flea market. Just need to find the fabric.

Mask: 0% My mask will probably be stationary as opposed to makeing one with thermochromatic paint which is the only way I know hove to make the symbol move. I will probably use the "dog with head split in half" picture even though it is from an inkblot test in the comic not a symbol ever seen on his face.

Shoes: 0% Simple brown dress shoes. I will probably finde some at the army surplus or goodwill.

Scarf: 100% A simple white scarf. Bought the scarf at the flea market I got the hat from.

Grappling Gun: 90% Once again not very easy but gues what. Almost done. Body of a NES Zapper with only the grey part and trigger. The light gun technology beige part and what makes the trigger click were taken out by me. With cardboard, air dry modeling clay, a hot glue gun and using the toy gun from my Rorschach action figure as a reference I MADE one and just need to round the edges with modeling clay and paint it to be finished. 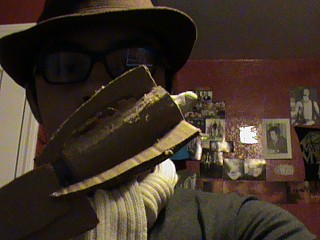 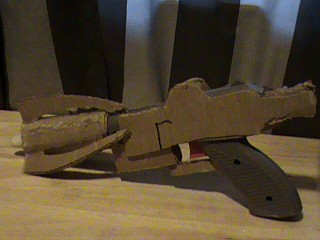 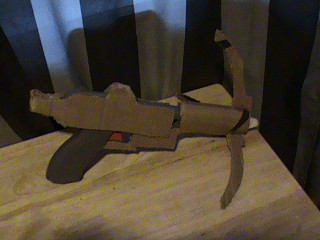