Sure has been a long time coming can't wait to debut this and my hammer :D

Top - Used twill for the jacket and a lot of bias tape for the red (: I had to make the patch again from scratch but this time I took a better look at it to better make it and once again my d gray man pin will make an appearance on this scratch made "patch" of sorts. I hand sewed the patch on and used the sewing machine to write in "Rose Cross" which was really really hard o_o The only part missing is the actual logo which I will be using my pin for. I managed to get some big red buttons for the front which I'm pretty satisfied for. I used 4 big red buttons to close the jacket and 2 snaps at the top. The E pin was made from a plastic snap together pin I got from michaels. I found a templete onlne to how to make a 2.25 image pin and just went in photoshop and threw it together. For the gold things I used some gold colored beads I got from micheals below and across. The shoulder pieces also have buttons and I used that to get the gold things from the right side to stay in place.

Gloves - Probably the easiest thing of this cosplay. Technically they aren't actually "gloves" but they do go on his hands anyway xD Just took from my twill fabric used to make the top(jacket) and some black bias tape to finish.

Pants - scratch made pants as always, they actually came out better then I expected. I used some of the black twill left over from the jacket I made as the leg warmer pieces. I used black bias tape to go up the middle, the red bias tape that I also used on the jacket and a shiny silky grey thick bias tape that I sewed on the inside. I hand sewed the top gray part to the pants while using the sewing machine at the bottom of the pants to sew those supposed "leg warmer" pieces to the pants. The pants have a really high waist but since my top is long its not so noticeable (: I used heavy duty snaps that I hammered in on both sides. I only did 3 and the third one is partially covered by the top. I used the other D rings which I will hook that strap thing to the pants and have it dangle from the left side. The pants also include a functional zipper hook and eye to close and another hook and eye to close the part that covers the zipper :D

Strap - Just a strap with black and red bias tape. I attached a D ring then 2 hooks on each side to hook to the pants

Wig - finally got my wig, decently priced off amazon (:

Headband - I took a black stretch cotton of sorts to make like a stretch bandana. I got some green little press on stones to make the design. I chose to make it green like the reference pic and because green is my favorite color after all (:

Eye patch - This will sound either cheap or unique but I actually sewed the eye patch to the bandana. It maybe easier it may not but I added the string for the detail. Somehow in the anime the string on the eye patch just disappears into non existence xD

Scarf - I got orange fleece for this one :D I just kinda sewed up some orange fleece into a basic shape for a scarf. It actually came out better then I expected but I wonder how its gonna fly in that summer heat being that its fleece and all.

Hammer - I used a handle to a mop from the dollar store and a piece of upholstery foam for the mallet portion of the hammer. I filled the cylinder shape with expandable foam in a can which also holds the handle in place. After I filled it whole for stiffness, I covered the foam top, bottom and around with polycarbonate sheet. I then went on to glue them together with liquid nails glue and the extra part in the middle with hot glue gun glue. I finished off with a basic black spray paint which took me 2 whole bottles to cover it all :D 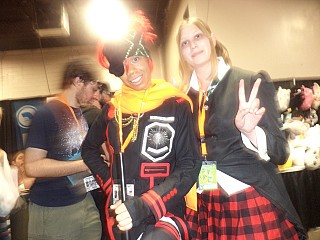 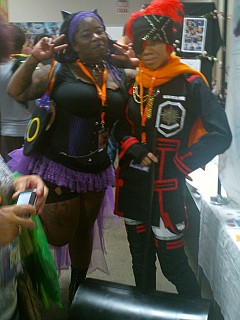 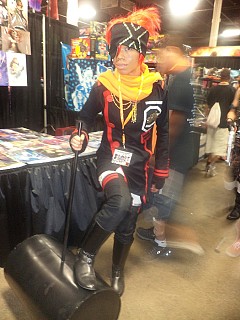 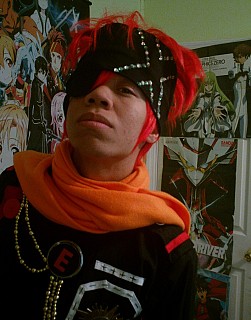 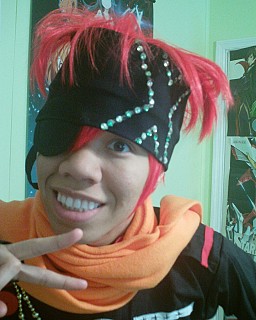 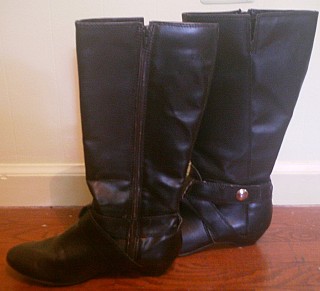 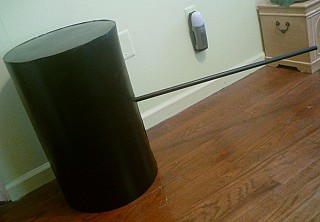 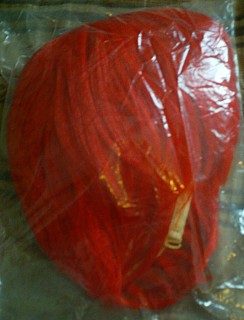 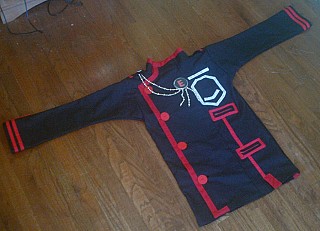 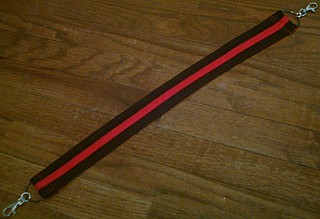 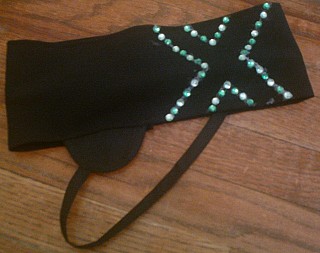 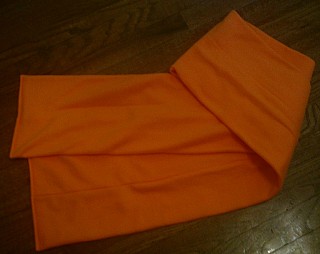 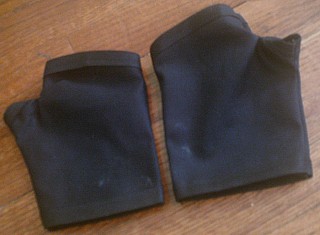