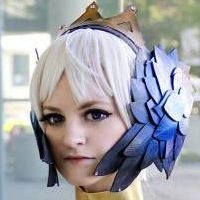 ahhh Toph my bbygurl . Toph and I have somewhat similar personalities, and I always found her very entertaining, so after a bit of talk with friends, we decided to throw together an ATLA group. Unfortunately, a lot of costume problems happened during Otakon, and so our Zuko, Aang and Azula could not make it. CRY. We'll get together at some point hopefullly eventually maybe never but still possibly.

Construction Notes~
Tube top: Slip on red poplin, very simple rectangle shape, not meant to emphasize any curves since it is mostly covered and Toph doesn't have any boobs...well minimally, but I didn't need to emphasize mine.
Pants: Simple pant in the same poplin, lapped zipper on the side. Thought of adding pockets and got lazy. ...XD After many poses of earthbending, and during the photoshoot, I actually ripped my crotch seam xDDDD not a lot of stretch in dem pants (actually NONE) so I need to sew that seam again XDDDD
Sash: Maroon poplin, it's often brown but changes colors, so I just used leftover fabric from my robes. Hemmed and tied.
Robes: Maroon poplin with ribbon appliqued for stripes, lined with the same fabric.
Hand things: Just red poplin with bias trim cut from the maroon, velcro closure, ribbon folded and appliqued.
Crown: Styrene over craft foam, spray painted, glued onto a headband and tassles added.
Wig: Now this thing is a mess and if I ever have money hahahaahahahahh I'D LOVE TO REMAKE IT. It was my first time doing this weird of a wig but I learned a lot. Toph's hair is HUGE in Fire Nation, even bigger than normal xD I had two base wigs, one dark brown and one black. One I cut as a base and used as the bangs (which I cut into it) and then took the remaining wefts to add to the huge THING??? that is her bun thing. Also made extra wefts out of what I cut from to make the bangs. Then I took all the wefts out of the other wig. Then, because I made this in my dorm pretty fast XD, I used paper and masking tape over a colander to get the shape. I made a short of bowl shaped thing of paper and tape, then covered it in craft foam to give it more body (black foam so if it showed through, nbd) and then black felt. Then I took the wefts, started from the inside of the bowl, secured them inside, covered the outside of the bunTHING, and then secured it on the other end. Then I added hair combs to the finished bun thing and sewed parts of it into the base wig. So it is secured in those two ways, but can be removed. It's actually pretty light xD
I made her shoes as well, but I hated the way they looked on me so I just ignored them xD
Contacts are white since I didn't want blind ones.

Any questions, feel free to ask. ^^ 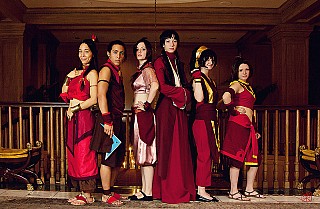 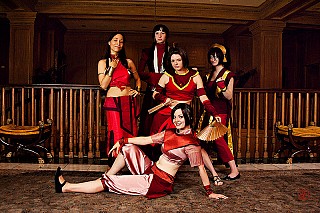 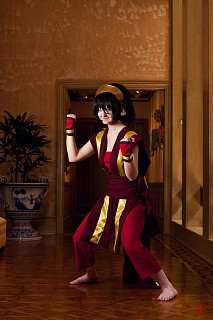 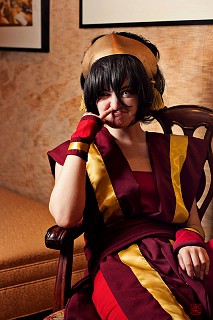 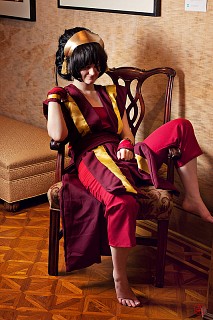 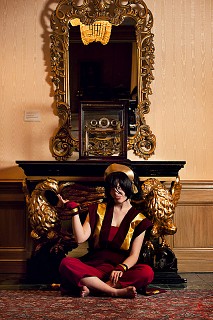 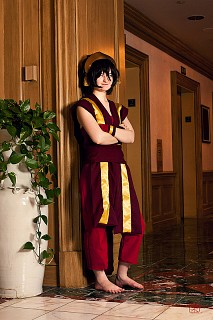