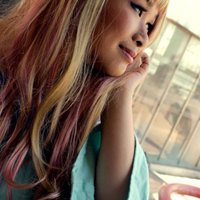 I love Fairly Odd Parents, it's hilarious!! Cosmo is my fave so had to be him :'D

CLOSET COSPLAY LOLOLOL. All I had to do was buy/style the wig.

Shirt was an old school shirt.
Tie was my dad's but I borrowed it ages ago for a different costume and he said I could keep it, but because it's an expensive tie I decided to safety pin the end back so that it's a flat edge.
Trousers are from New Look, had them in my closet already.

Wings were made from craft foam and coloured in using a felt tip pen... I couldn't find any acrylic! :P

Freyarule and I discussed how to make the wand and crown together so that we'd match but in the end she ended up making them for me because she's the women in the relationship.
//SHOT!
Okay, so I was being a lazy arse and I love her LOL <3
Thank you Melzi-poo~ :'D

We basically discussed that the wand would be made from craft foam, you're going to have to ask her what she used for the stick but but I was going to use a chop stick because we have tons orz. And for the crown we're wearing headbands underneath the wig with wires attached and then the crown is made from craft foam and has a stub for the wires to slot through.
At least that's what we've discussed, Freyarule was the one who actually implemented the ideas though! Ask her how she made it :P 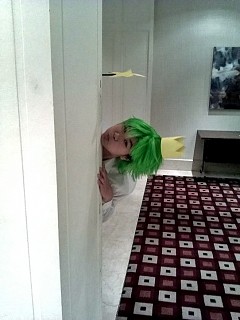 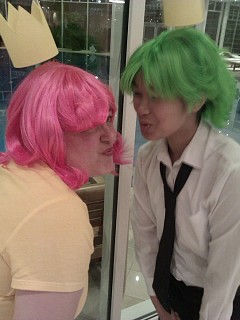 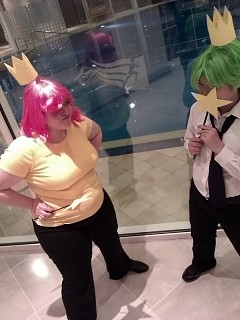 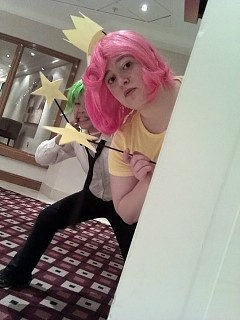