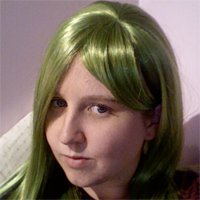 What on earth made me decide to do this. Well When it comes to cosplay I'm always up for a challenge and I thought, crossplaying is a challenge, let me try that...And I did.

The blazer was bought from Salvation Army for like $4. I sewed on the white trim, and added on new buttons. I also bought a "True Cross" patch off eBay and ironed it on.

The pants were ones I had lying around. The shirt that I was going to use got makeup on it that morning before NYCC, so I had to use another shirt which wasn't so great...

The wig was bought off of eBay. No real story behind that.

The ears were bought off Aradani Studios.

I bought the fangs from a party store that sold special effects makeup. But the day before, I lost them. So I bought some new Scarecrow fangs.

The tail is made from felt and fake fur. It is attached to elastic and looped through a belt. 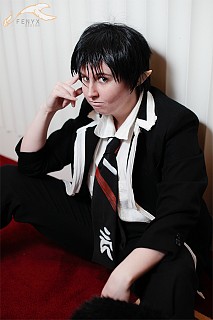 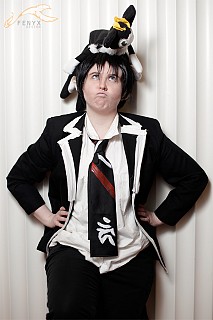 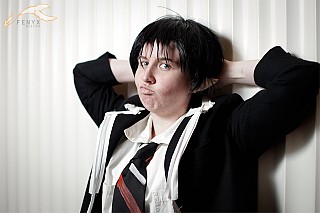 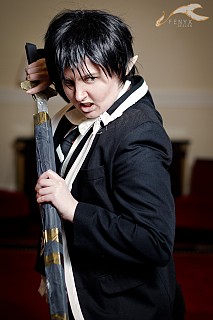 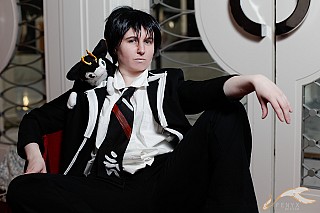 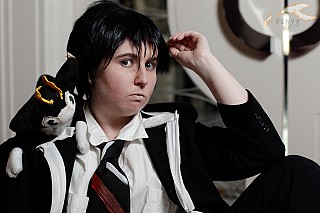 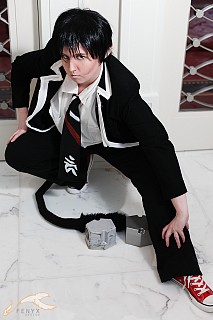 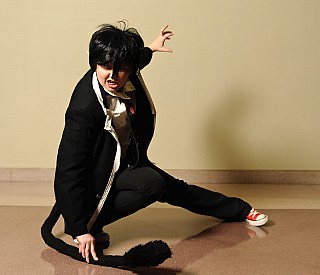 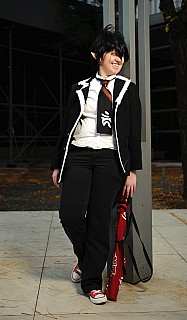 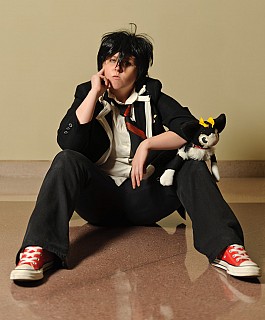