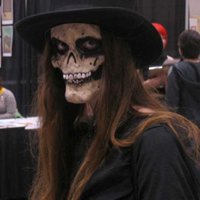 I’m working on an illustrated story based on ‘Norse fairy tales,’ built around a character called Tatterhood from a fairy tale of the same name. She's ugly, carries a wooden spoon and rides a goat. And…here she is!

The story is set around 1000CE, so clothing, props and accessories are all based on patterns derived from actual clothing from the (late) Viking age – with the exception of the spoon (they have yet to excavate a giant wooden spoon). Making the costume really helped to flesh out the character; Her appearance is different from past drawings (longer belt, no winingas hooks, and thicker eyebrows) and having a large spoon to weld around really has changed my perspective on her fighting moves. Future and final illustrations will hopefully reflect this.
(here’s an old drawing, a bit nsfw: http://fc03.deviantart.net/fs71/f/2011/095/d/1/troll_fight_by_tatter_hood-d3dbhjn.jpg )

People got a kick out of Tatterhood for Halloween and I hope to bring this costume to conventions later on (minus my metal weapons). It’s quite comfy, warm-yet-cool, and you don’t have to stress about posing in photographs: the goofier you look, the better picture you’ll take!


I made the hanggerrok (apron dress) out of wool and two undergowns out of linen. I looked and experimented with so many patterns, that if you just search for ‘Viking clothing pattern’, whatever you get I likely worked it. I ended up testing several patterns out and making various adjustments (as I’m kinda shaped funny) but kept everything within theoretical period patterns. My apron dress has its straps sewn to the body (instead being held by brooches and looped-straps – supported by archeological finds and theories) because this character doesn’t wear brooches, and I’m pretty confident that around 1000CE people could sew straps to the tops of tubed-gored dresses.


The hood is made out of herringbone wool and is a combo of the Bocksten and Hedeby hoods (and the hoods I saw being worn at the Ribe Viking center in Denmark). I dyed a ¾” belt and added Viking-age fittings to it. The shoes, ‘belt-bag’ and mini-pouches (hiding inside the bag full of goodies) were made out of leather. I made a false nose out of latex, zits out of gelatin, scars with rigid collodion, and stained my teeth and wore false eyebrows.

I commissioned a plethora of items from the best craftspeople I have ever had the fortune of working with. The (real) spoon (made of maple) was custom made by local wood butcher Colin Johnson. The costrel (“water bottle”) was made by leather smith and Viking guru Robert Harbin (who was extremely helpful when it came to my questions about leather and general info about Vikings). The winingas (leg-wraps) were woven by Laina from Wood-n-Woven. My Thor’s hammer and pattern-welded seax (knife) were past non-costume purchases created by blacksmith Darrell Markewitz of the Wareham Forge. There’s a whole bunch of other goodies that I bought that are mainly in my little belt pouch (I’ll have to take a picture of the contents and give credit on that photo).

There are two sets of pictures, and hopefully a third one soon (once it snows!). I’m missing some parts of the outfit in my black-background photos and the lighting is bad, but that series has my best nose makeup. The forest photos are a bit off – despite stuffing, my (new) false nose collapsed/dented after I had just finished all my makeup, and I ended up putting my belt-gear on the wrong side! (I think I was distracted by my nose mishap…but my eyebrows are definitely better in the woods). Hopefully the third time will be the most charming.

Now all I need is a giant goat. 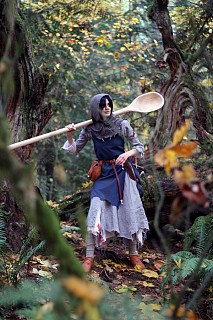 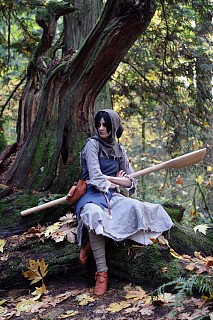 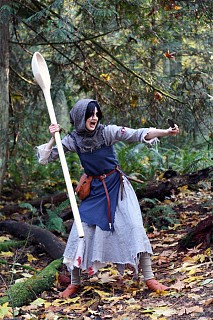 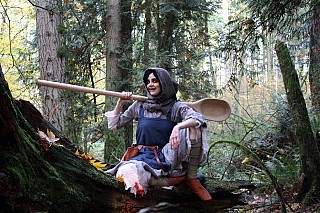 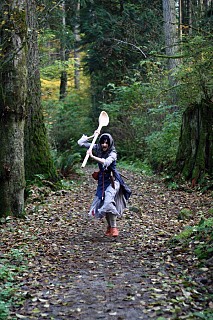 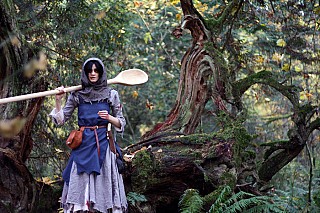 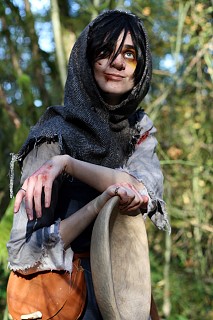 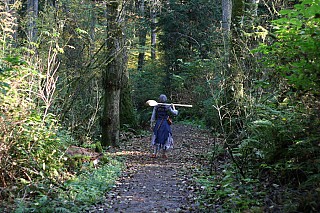 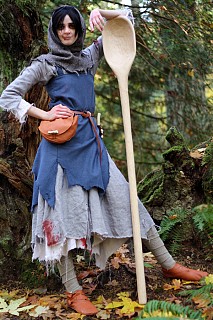 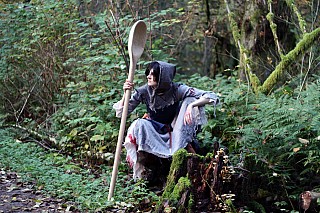 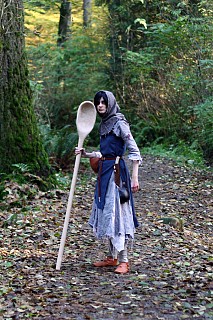 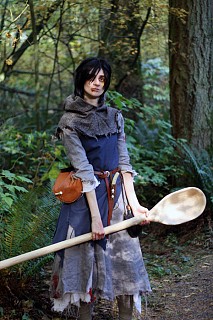 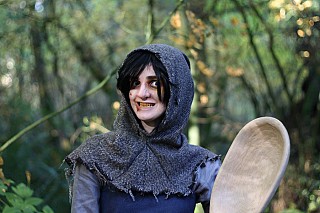 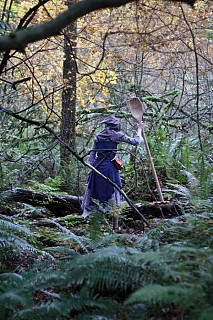 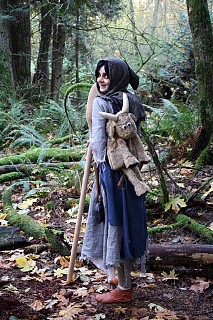 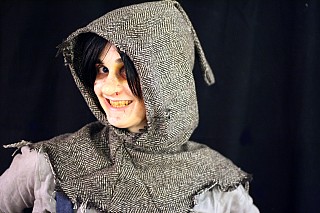 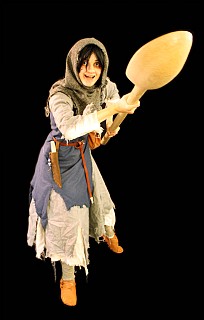 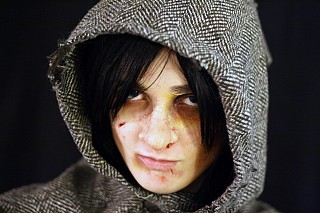 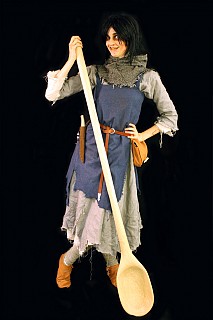 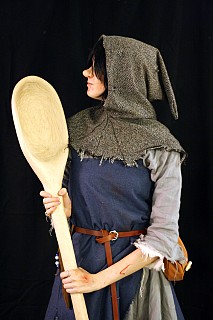 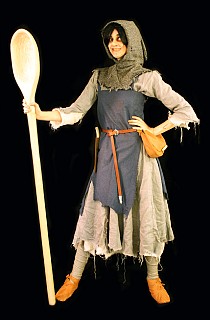 ShadowDrac This is really amazing! I love the detail that went into it. I find it very inspiring.

skyspiders omg! This cos is fantastic! I love this! As much as cos really centers around Japanese anime as it is something that really made the whole art very popular around the world, L.A.R.P.G.ig and dressing up as characters has been around in the world almost everywhere for a long time in it's own right. Im super excited to see things like original characters that are really fantastic and even more so to see one's based on great mythological and story book characters that people aren't so familiar with! Your cos inspires me to go find a copy of tatterhood's story and read all about her! ^^ Which i personally think should be the result of a cosplay done well. I myself hope to someday bring to life some of my favorite story book characters & care little about what kind of response it will get from the supremacist otaku community who believe that comic book characters are only for comi-cons and that if you attend an anime convention you MUST be cossing from an anime. All forms of cos should be accepted as is and appreciated for what they represent, the dedication and love a cosser has for a character, and a series. Fantastic Cos tatterhood! O.O where did you get such a magnificent spoon!?

Rinoa07 This is a really charming costume ^_^