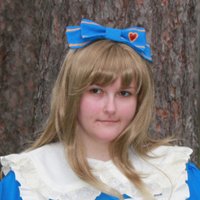 This was definitely my most favourite cosplay to wear yet!

Made a pattern for the maid shirt by trial and error on a mock up. (I now have a pattern to go by if I ever want to make another maid shirt)
Hood pattern was made from a preexisting pattern and edited to fit how I wanted.
Pants were scrub pants with the front pocket removed and elastic added around the bottom at the height I wanted.
Socks were just plain white knee high socks.
Shoes were plain black from walmart with layers of fabric paint and a top layer of glaze for the red part.
Tiara was made from model magic and I attached an elastic to the sides to put it on. The gem was a red stone (the ones that go in vases to look pretty) with the white painted on symbol. (I honestly do NOT recommend using model magic for something like this. While my tiara did manage to last the weekend, due to the heat literally five minutes after we left the con the tiara cracked and broke) I had a back up tiara that had a wire frame (and was made with model magic) just in case but I ended up not needing it
Trident was made with a bunch of sponges taped together to give it the form, with wire wrapped around it to make it sturdier. It was then covered with model magic to give it shape and attached with a spike to a broom handle. The other end is a funnel that was attached. Both ends were then covered with car Bondo, sanded down once dry and then spray painted red. Skaia Orb was a kids ball covered with multiple layers of paper mache then painted to look like skaia, then glazed (like 5 layers). The funnel part of the staff was filled in with glue and extra foam and was attached to the ball with a LOT of hot glue. Trident was SUPER sturdy and took a LOT of abuse from the 2 day drive there and the 2 day drive back! (there are only a few cracks near the trident part from the ride back but even then, that sucker is NOT coming off!) 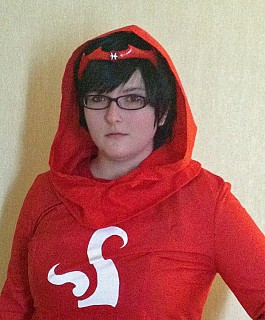 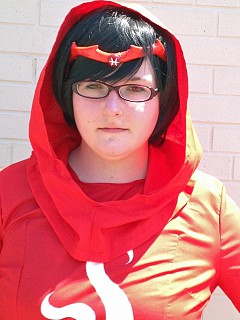 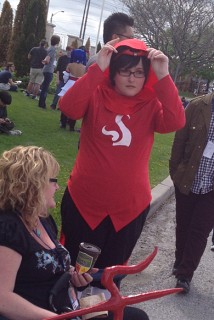 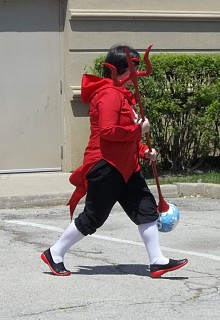 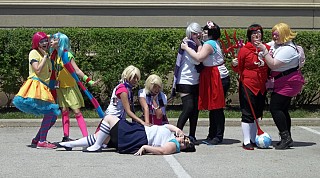 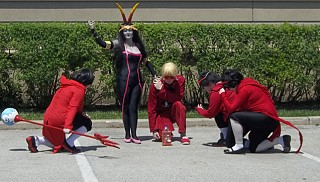 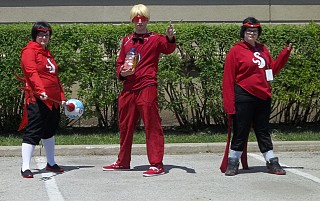 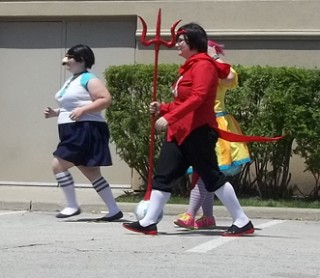 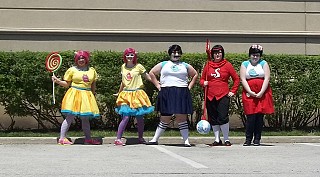 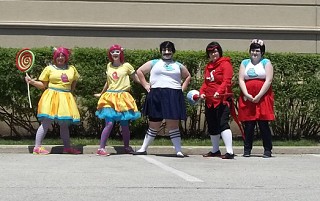 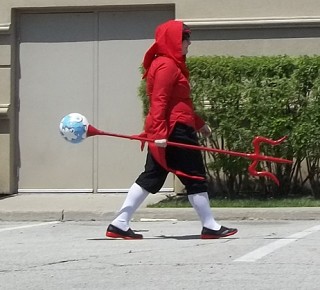 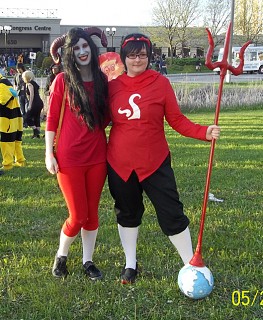 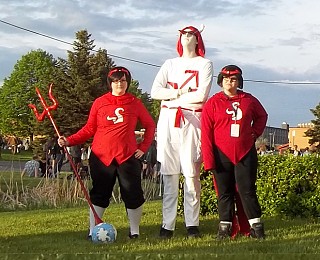 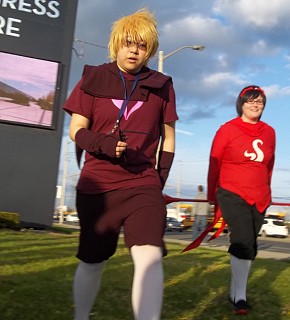 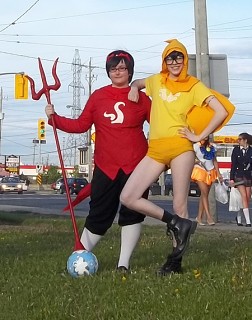 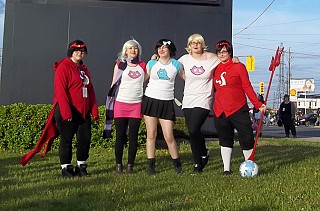 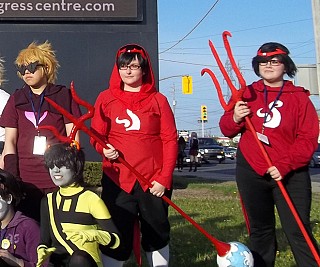 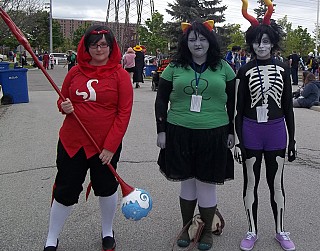 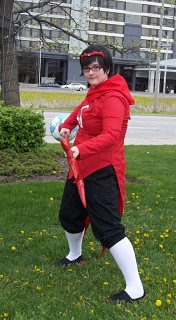 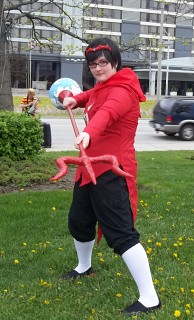 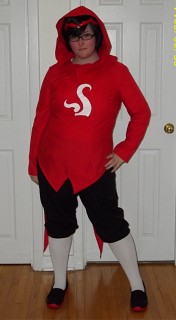