Strike! Lavi is sooooo cuuute! Dx It was actually my master Viveeh, who told me how awesome serie D.Gray-man is, and also, that she is going to cosplay Allen walker soon. Well, pretty soon after that I started to watch this serie myself, and later I totally fell in love with Lavi. (And not just because of his gorgeous red hair, I love so x)

I started to make this costume before I´ve watche the whole serie, so about in the middle of the work I was like: "Damn, his second outfit looks so much cooler. Why didn´t I make that instead?" But I really wanted to cosplay Lavi with my dear friend as Allen beside me, so I just have to get along with his more cute outift... But I am so going to make his second uniform too x)

My wig is from Ebay. (same place, where the most of my wigs are form x) My bandana has been made of black fake leather, which I painted with blue-green fabric paint. Details has been made with small headed ink pencil.

At first I had some problems with my coat, ´cause my sewing skills are still quite lame. But I tried my best. You´ll never learn, if you don´t even try :) I used same black fake leather, what I used on my bandana. White parts are the same. I was pretty lucky with my pants. A friend of mine gave away some of her old clothes, and there was these white skinny jeans, which fit perfectly. Pants problem resolved, Yay. \o/

My short black boots were originally intended for my Killer cosplay from Shadow hearts III. I was about to cosplay him last halloween, but I couldn´t finish my costume in time, so my shoes had stayed unused. But they were a little bit too short, so I had to sew some extra fabric on them. Details are made of that same fake leather, I used on other parts on my costume.

I wore this costume while visiting my friend Viveeh in spain. Expo manga as my first con in overseas was such a great experience. Wanna visit there some other time too :D 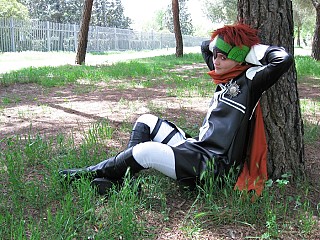 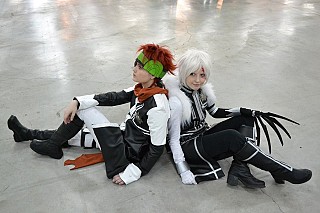 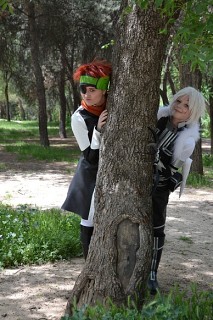 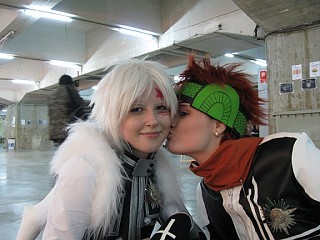 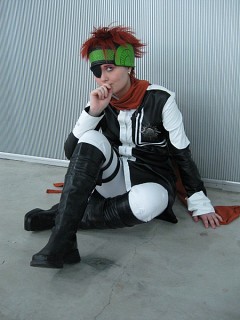 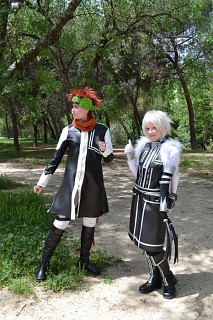 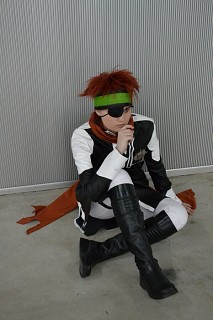 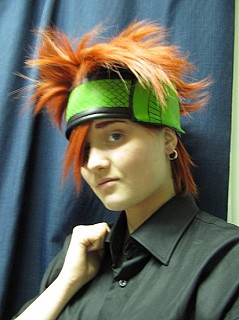