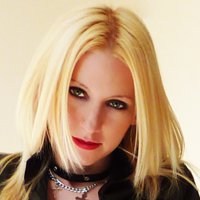 Second convention, second costume. Because after all, it would be a travesty to wear the same thing twice in a row, wouldn't it?

I admit, I picked Yuffie because of the prop - I REALLY wanted to have a crack at making that shuriken, and the LFCC was all the excuse I needed.

It's made from artboards and craft foam, covered in styrene then sprayed with a variety of metallic finishes. A bit of drybrushing gave it a nice finish, and some beads from Hobbycraft made perfect Materia once they were sawn in half. The star points are detatchable for transportation / storage reasons. Quite chuffed for a first attempt, though I think the crosspiece could stand to be a little thinner in retrospect. Next time, eh?

Tank top needs some work still, however. The fabric paint I used didn't come out well at all. I blame the fabric. Yeah.

In the end I'm rather pleased with the whole effect though, even if I am twice her actual age... 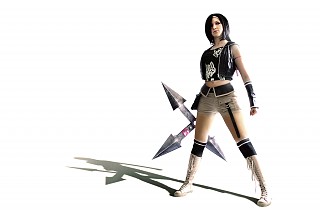 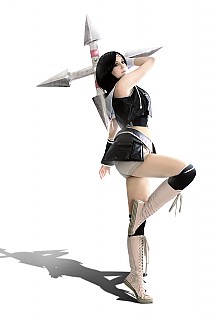 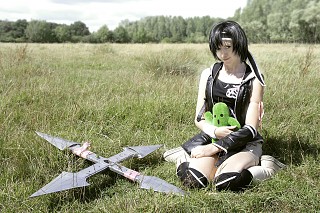 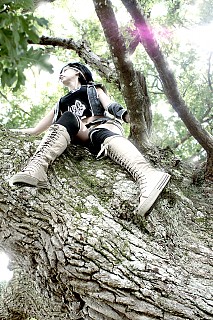 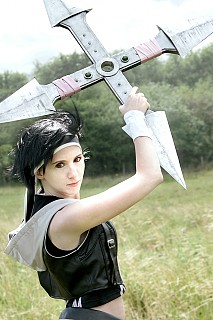 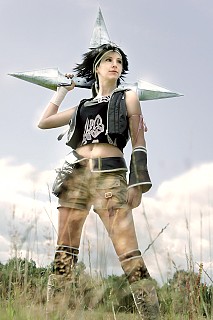 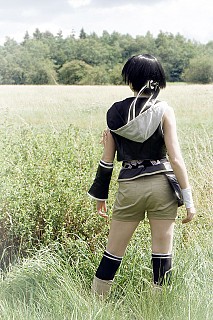 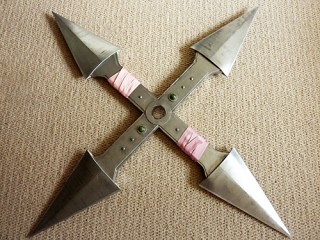 Narnian Marvelous! You are a brilliant Yuffie!