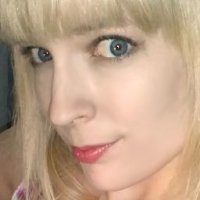 This was a fun quick costume, and Ann and i had such a blast wearing the Terras and meeting awesome people. "Amano-ish/we've gone crazy" costumes are a blast to make, and i highly recomend them.
There was so much that went wrong and right with these. I made the shoulder-gaurds without figuring out how to attach them, coincidently they were duct-taped on, and had to be re-applied a few times. I had welts on my shoulders for a week. Ann's wig she comissioned wasn't done on time, through no fault of the comissioner, and we couldn't find a substitute in time. 2 days before con we bought a 5$ bob wig at wal-mart, and Ann added a mess of boas and clear caulk to it. I'm still impressed by her ingenuity under pressure, even if it didn't turn out perfect.
Then there was the make-up application she went through, WOW! that took awhile.

Awhile later I rescued a green wig from somewhere in Ann's apartment and we did a photoshoot, this time with Ann's Lucca costume and Charlie's Tetris block. Good times and merriment abounded. I know I'm wearing this again, it's so dang fun and comfy! 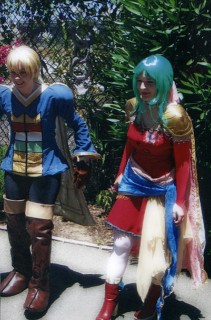 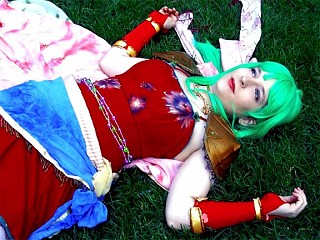 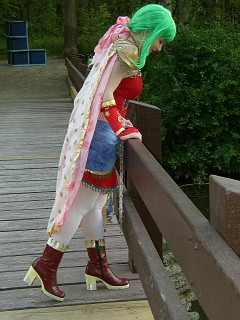 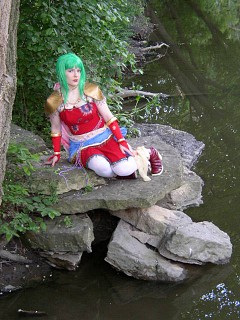 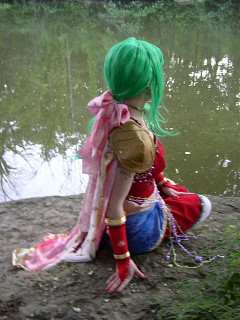 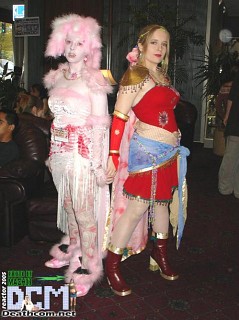 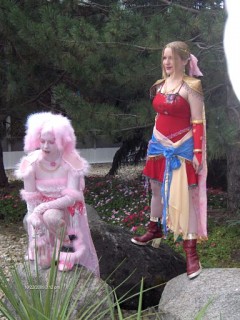