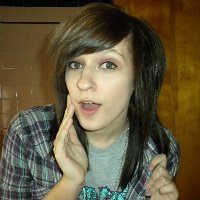 Well, first I'd like to say that I love this costume<3
After about a half a year of on and off construction on it(more off), I'd estimate it took about a month to a month and a half to finish everything. It was well worth it though, I got about 1500 photos, not including my two private photoshoots. (: It was nice! <3
While I'd love to share all the little details of everything I did, that'd take a really long time to write D: so I'll just put the basics and you can PM me with any questions about the costume, I'd be happy to answer them! (:

Wig - The wig was actually bought blonde, and then my sister colored it with pink sharpie and did a marvelous<3 job (:
Necklace - I made the necklace out of Sculpey and then painted it.
Shoulder Armor Piece - Made this out of Sculpey as well, mainly because Sculpey is good for detailing. Then I painted it, and put EL Wire through it. But the lights broke the first day I wore the costume ): I think it got messed up in the luggage.
Skirt - Easy enough, I made it out of faux suede and added the zippers and little yellow criss-cross strings shes got going on there.
Coat - I tried to make it from scratch, and it wasn't working out too well for me (it's only my second costume xP ) so, I had to buy a white coat, alter it a whoooooole bunch and then I made all of the things added on, like the tan pieces and the part on the back (cape too!)
Belts - Made out of faux leather.
Boots - Bought black boots, cut 'em up, cut up white belts and glued and velcro-ed them on, then made the tan-ish panels to slide in.
Shorts - She wears black shorts under her skirt, which makes sense cause its pretty short (x , so yeah, I made those too.
Arm Bands - Made of out faux leather.
Black Sleeve Thing - Made out of black stretchy material.
Gloves - Had to buy these ): but I made them fingerless, added the bullet shells, and the silver fabric around the wrists.
Turtle Neck - Since I don't know how to knit a shirt, I had to buy a brown sleeveless turtle neck, cut it up, and add the zipper.
Red Bag - Made it out of faux leather, first bag I ever made O:
GunBlade Bag - Made it out of faux leather as well, it attaches to the belt around the skirt.
GunBlade - Probably the most brain wracking D: Only because me and my dad made it in two days (right before I left to Cali) and I had to paint it at the hotel the morning of the Final Fantasy Group Photoshoot, and I missed it cause it wasn't dry D: Oh well xD At least it moves, it moved correctly too, until we added the trigger pieces and then it wouldn't move in the right direction, so I had to settle for the opposite direction ): 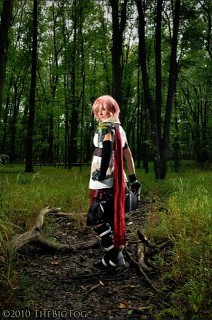 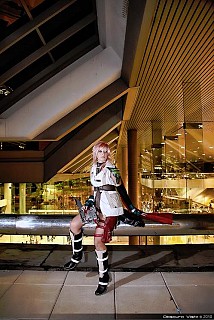 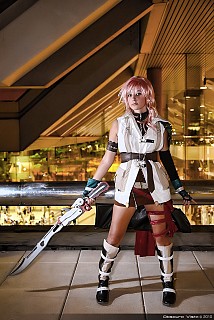 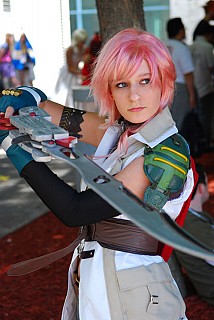 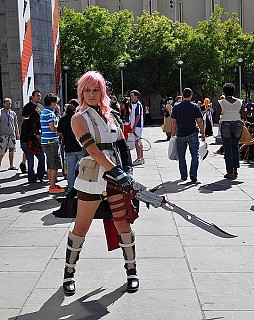 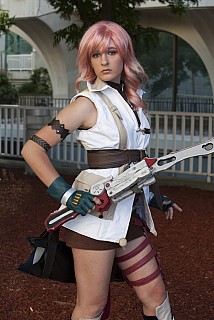 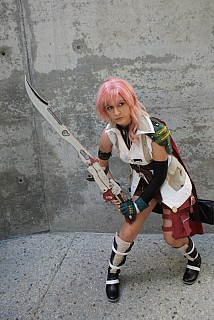 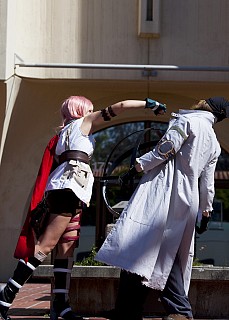 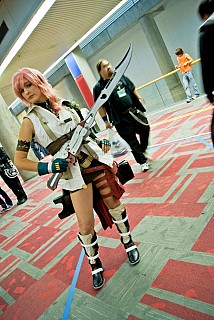 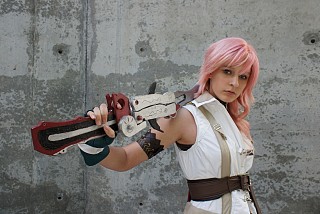 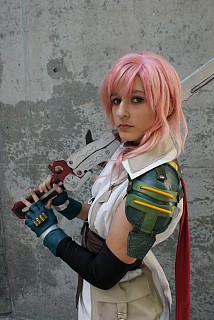 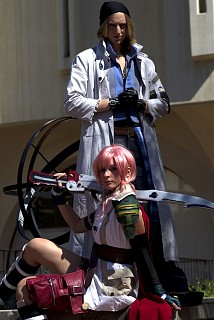 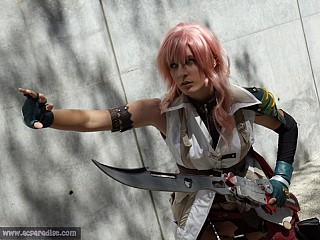 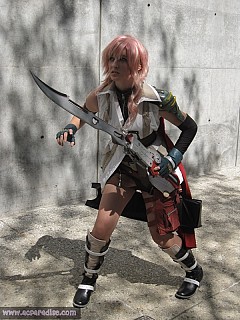 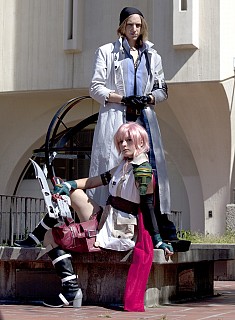 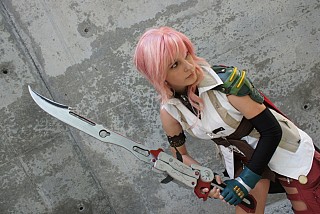 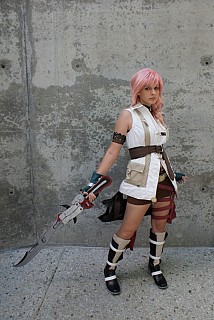 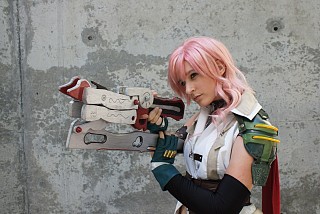 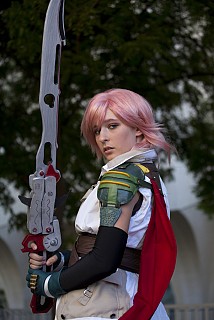 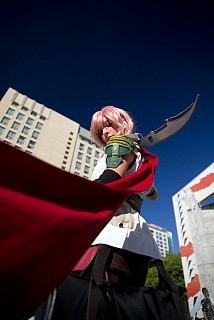 Raffi Thanks for the comment! ^^ You've made a pretty cool Lightning cosplay as well!

Yumcarrots Amazing costume! I especially love your pauldron and the epic transforming gunblade!!

Lycorisa Your costume is amazing! All the photos are really awesome ^^

Aurora Maryte Yay you finally posted photos!!! I have to say hands down this is the most epic Lightning ever. Everyone who has seen the pictures agrees. :) Even Des and lol you know if she thinks so that's saying something. Just wanted to comment on the actual costume page(instead of on a random photo). :D