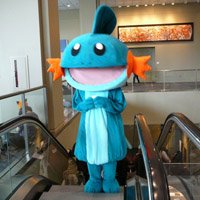 UPDATE: Here is a video I made called "The Making of a Mudkip" http://www.youtube.com/watch?v=b52AdOr59ys

The design for this Mudkip costume started a few months ago. Started to make the costume on Dec 19th, 2008. As far as I know, this is the only mudkip costume with an open mouth - and I know why. It's really hard to do and unstable without reinforcing the gap but that means more weight on your head.

It looks so cute now that it's done. It's quite heavy because of the steel frame, foam and glue. The weight isn't as bad as the heat! Omg it's so HOT inside the head and even hotter with the body suit and leggings on. Guess I'll have to take breaks often.

I ended up installing two battery-powered computer fans pointing at the back of my neck. This really helped with the heat and let me walk around for a few hours. Now I have to clean the bottom of the feet and stiffen up the tail for the con at the end of summer. :) 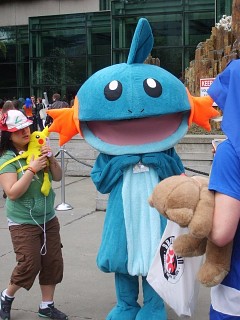 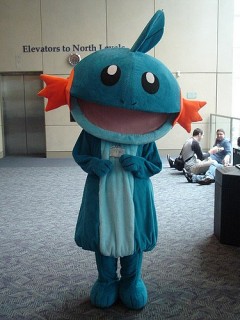 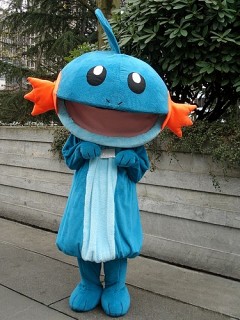 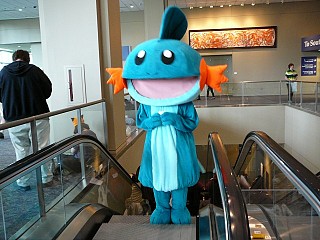 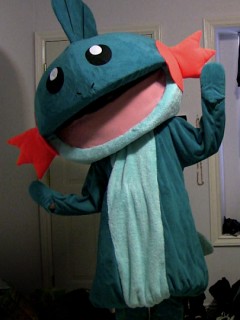 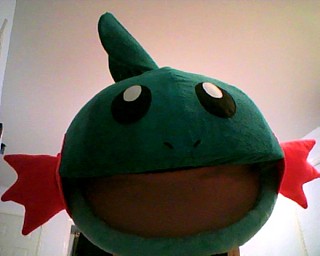 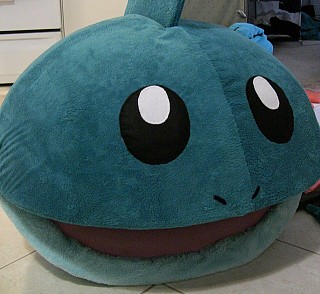 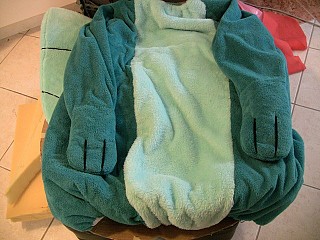 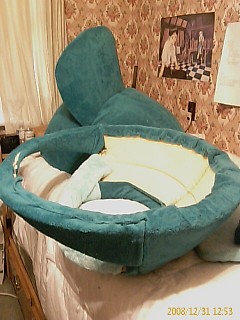 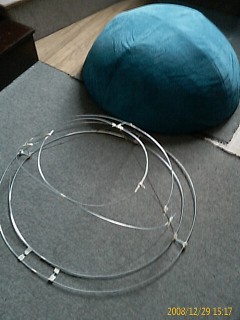 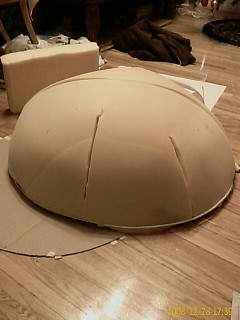 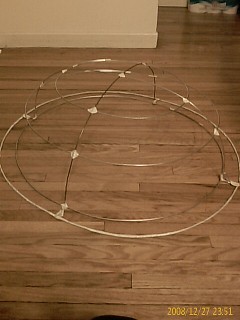 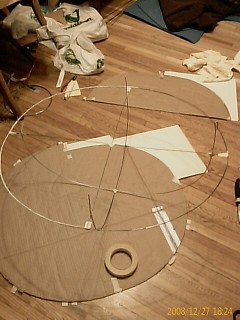 hola1997 i was wondering if you know anyone that can make me a mudkip costume just like that but about 5 feet tall :) thanks

AnaRk. hey man i was wanting to make your mudkip suit..... i was wondering if you could tell me how you made the head....i am new at making cosplay costumes thanks

kojirojames2004 *insert the "so I hear you leik mupkipz" joke here.*

ShadowCharizard Holy Mudkip! I thought this was a real, Nintendo-made costume at first glance. Expect major glomp-age with this one!

S.A.Hikari I remember you! I was the Guilmon who got a picture of you! That was such an awsome cosplay! I look forward to seeing more.

Psy Thanks for the awesome comments. It was very fun to make and hope to see some of you at Sakura-con!

lolacolabunny OMG THAT IS SOOO CUTE!

JackShadow looking forward to seeing this at sakura con