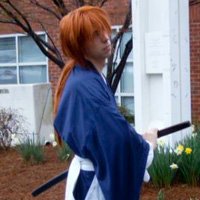 OK this finally got a revamp!
This was one of my first real sewing projects so the first attempt was not the best.

Originally I was going to retire this costume permanently, but a friend of mine who was planning to go to EXP Con as Rozalin (abruh on this website) convinced me to bring it back.

Tie
I modified the pattern from a normal tie, and hand stitched it together. After the experience at MetroCon I noticed how easily and horribly wrinkled it would get so I not only put interfacing in it, but also this weird screen-like material which i'm told is normally used to put inside skirts. This not only made the tie more solid, but also more wrinkle resistant

Now the hard part was actually getting the huge thing tied!

Sash
Simple enough. I just cut the shape, and sewed it via tube method so that there would be no visible stitches outside of it.

Wrist Guards
Ditching the ugly wrist bands from Metrocon I made some new ones based off some advice Caldoria gave me. I wrapped seat cushion foam around my wrists, and then sewing fabric over it as a covering. For something so simple it came out pretty well.

Unfortunately the gold bands underneath were reused from MetroCon. When I finally freed up a little more time to make new ones I could not find the more solid, and wider gold ribbon to use for it. Fortunately it didn't take too much away from the costume.

Shirt
Okay I really have to thank Abruh, and Garen (again) for this. S

Since school was killing me I did not have much time to work on a new shirt. I also could not find any white stretchy material that would of worked, or even an accurate pattern to use. Garen suggested that if I can't find anything that simply modifying a button up dress shirt would work just fine.

Then the morning before the contest me, and Abruh worked on what would then become the new shirt. Me and her carefully removed the front chest pocket, and then she cut sleeves, and opening in the back. Then we took turns hemming everything down. I also took in consideration before the con that the dress shirt would not look solid enough so we then modified an undershirt to wear underneath in order to preserve a more solid white look.

After that I took a pinned a small part of the tie against the button strip in order to hide it underneath. My only compliant is that the collar is obviously not as big as it should be

Pants
This would probably be my least favorite aspect. I reused a pair of pants known as "kung-fu pants" from when I wore it at MetroCon. I know these pants aren't necessarily accurate, but they are still passable nonetheless. Eventually if I ever decide to bring this costume back I will create a new pair of pants to use which would be more accurate.

Shoes & Bandages
For the banadages I simply cut some white fabric and wrapped it around my feet, and ankles.

The shoes which were surprisingly pretty accurate are a pair of shoes known as Kung Fu Shoes which I ordered for only $6 off of tigerclaw.com

Scars
I used rigid collodian left over from my Kenshin cosplay, and then Abruh applied red make up to highlight the scars.

The Wig
Styled by Abruh!


Me, and Abruh honestly did not expect to win anything prior to going, and it really made our weekend that we did not leave empty handed. 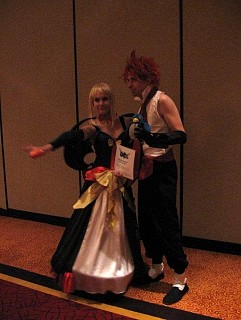 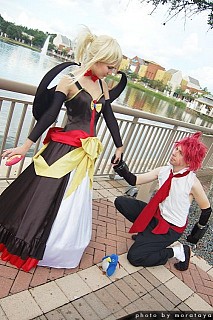 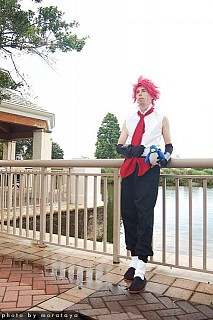 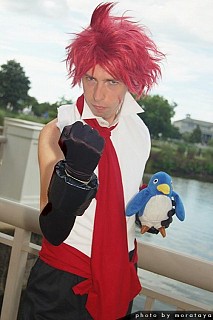 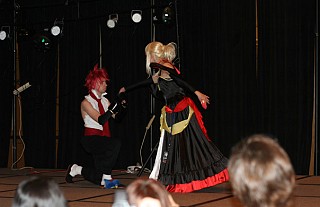 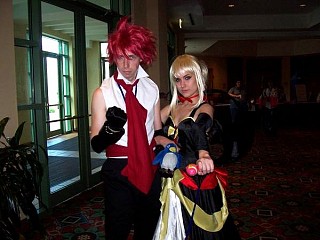 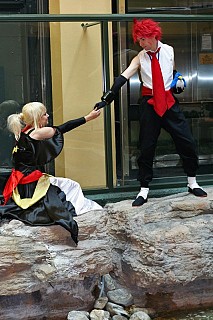