Lots of people took photos of this one, lol! I did a red belt to add to the costume. We did a photoshoot too, it was really funny!

Photoshoot done by Mery in September 2015.

I loved the idea about creating a female version of one of my favorite characters from this anime. I've seen lots of good designs I get inspired to create my own.

This was a simple but fun costume to make. I had an insanely amount of black sailcloth, white cord, red felt, red ribbon and red lining that left over from Itachi coat and with that I made the short jacket. That took me about 5 days to make, because it was hand-sewn and I got it wrong a few times in the neck measurement. I also made the white and black stockings with the mesh cloth that was left over the Itachi cosplay and a pair of white old tights and the elbow pads. I used the mesh shirt, silver necklace, socks and bandana I made for the regular Itachi. I also made the red belt with ribbon, cord and beads, all red. I hardly modified a pair of black old trousers, made them shorts and cut on both sides of the legs. I used red ribbon for the ponytails too.

I participated in the Cosplay Contest of Salon del Manga de Tenerife 2008 with Yuny, Shinny and Carlos. We loved the play so much! It was so funny we burst into laugh a lot of times while we were rehearsing our plays xDD. The audience loved it too! We enjoyed a lot although we didn't won.

In 2014, I used the left overs from Itachi outfit, and I bought a bit more of red lining and red felt later to make the skirt linning and clouds. The black fabric of the skirt and the white cord of the clouds are recycled. I also bought a wig to improve the costume. 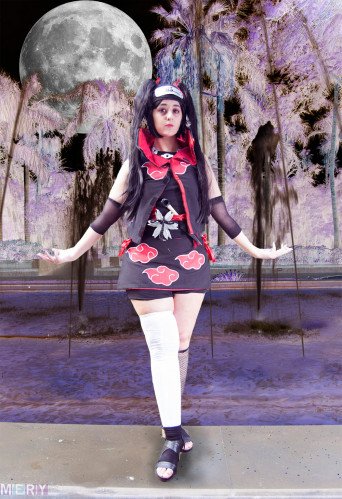 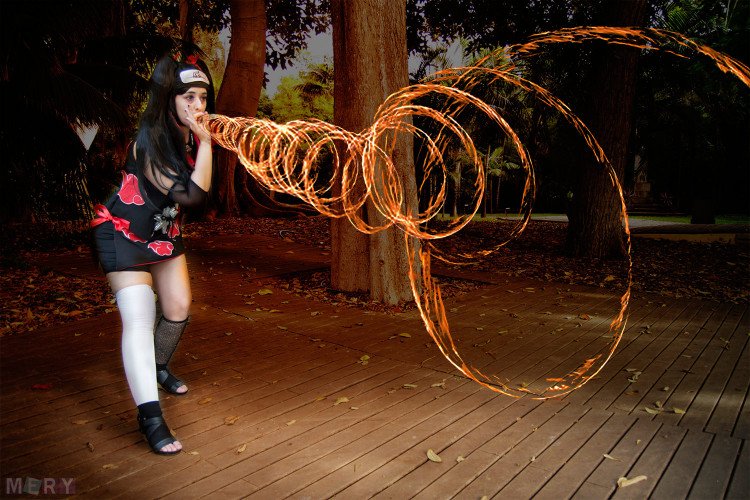 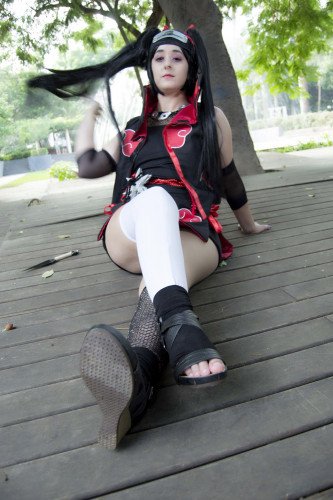 Shikariuchiha Wow, you really did put your mind to this one, an excellent inovation!