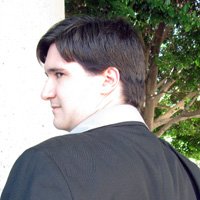 Construction-
I got the uniform jacket for a different cosplay that didn’t work out properly so I decided that I would use it for Shiki. The bloody shirt was made with some cloth dye and I bought the knife at a costume store. I chose the wounded look because I thought it would be more interesting than his normal look. Overall it was easy to put together and I like how it turned out.

Reception-
Well, Tsukihime and Melty Blood aren’t very well known so it isn’t too surprising that people didn’t know the character. Those who did know the character liked it and most people thought the bloody shirt and knife were cool. Nothing unexpected there, I just want people to check out Tsukihime.

Comments-
I like the show and the character and that is what’s most important with a cosplay. Most of my characters aren’t glomp-worthy characters and I’m fine with that. I like the costume and if I’m lucky I’ll get some friends to cosplay as other Tsukihime/Melty Blood characters someday. 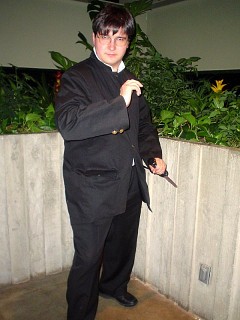 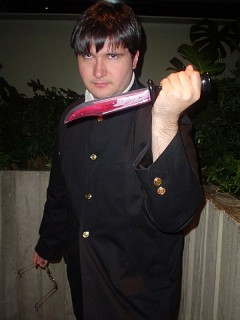 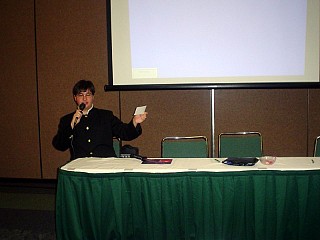 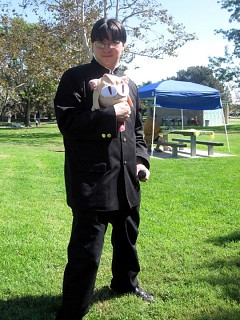 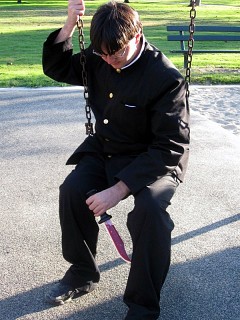 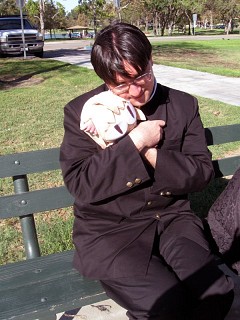 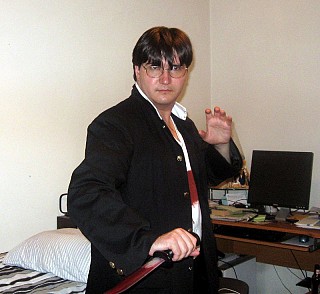 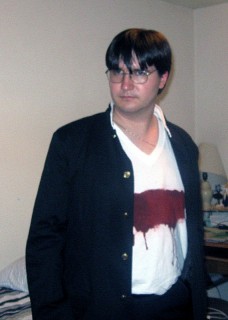 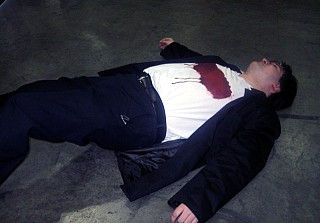 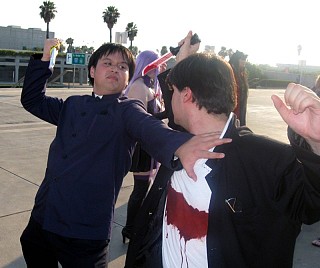 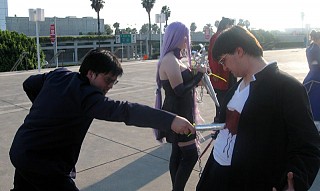