My second Orochimaru costume, an outfit only seen 3 times in the entire anime and exclusively in flashbacks (first is Zaku's, then Morino Ibiki's, and finally Kimimaro).

Before I get into any of the why's, what's and how's of this costume, I'm first going to make a few statements for those who don't already get it:
1) YES, this is a MAN'S kimono. It's worn like one and constructed like one. I research what I make.
2) Sleeve length is NOT indicative of gender, it's indicative of youth and status. Orochimaru wearing a kimono like this is pretty self-aggrandizing; he's either making a statement about how powerful and badass he is, or it's tantamount to the middle-aged balding man that speeds down the freeway in a red convertible. (Thus, my joke nickname for this costume is the "mid-life crisis outfit".)
3) I am not a crossdresser, and while the character may be bizarre and freaky, he's not a crossdresser either.


Now, that addressed, onto the costume details.

There were a few reasons why I picked this particular outfit. First, I like traditional Japanese clothing, and I wanted to work on my kimono method a bit more. Second, I was running into a lot of problems with the other outfit I was working on at the time, so I switched gears 1 week before AX so I'd have time to make something else, and I knew I could make a kimono in a week. Third, I've never seen anyone else do this particular outfit.

The only thing I didn't make was the turtleneck - that just came from my closet.

The kimono is made of gabardine, and fully lined with the same fabric. I couldn't line it with anything of a lighter or more breathable material due to the fact that I had to wear a black turtleneck underneath, so opacity was a big issue. Despite the double-thickness and the large sleeves, it's actually not physically heavy at all, but it IS very warm. The obi is made of wool.

Unfortunately, I have no pockets in this outfit, and the sleeves are FAR too large to use for storage, unlike my previous costume. Thankfully, I usually have a friend or two with me to help stash things, and I could store my money/ID/hotel key inside my con badge holder at least. I usually carried that hidden in my sleeve, within easy reach by tying the lanyard around my wrist.

The makeup takes several hours to do (3 on average), but I've now mastered doing it all by myself without any outside assistance. =) 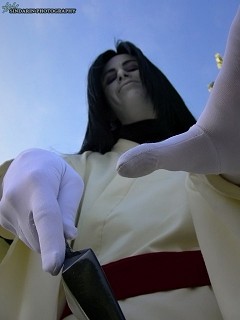 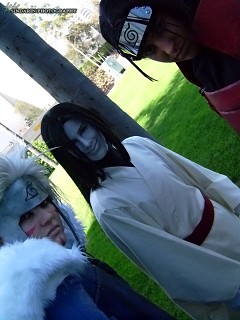 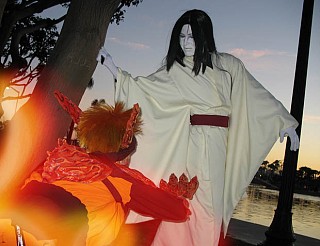 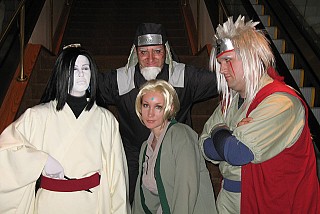 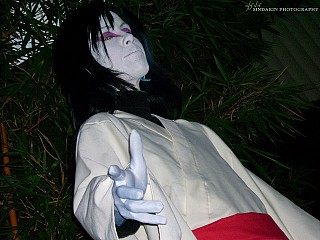 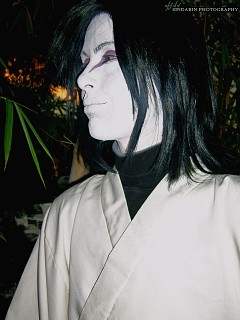 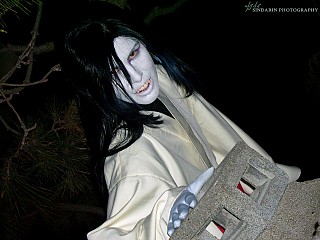 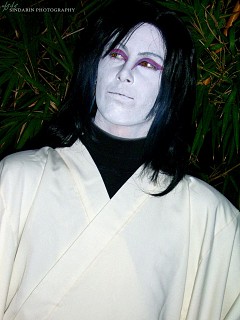 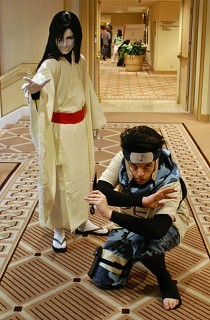 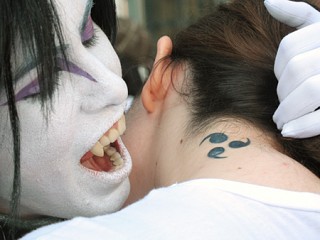 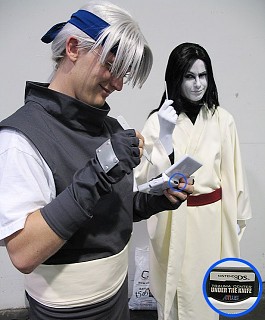 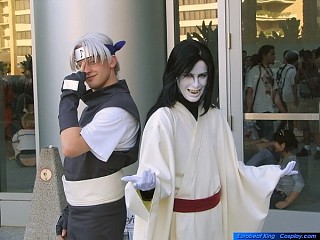 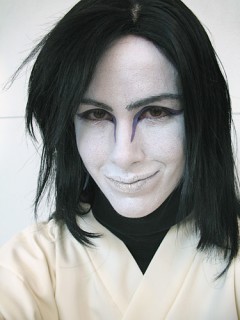 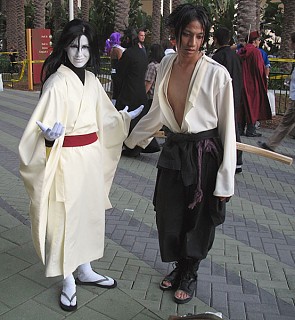 deidara1994 wow i love it u kind of you look like orochimaru in the face ever thought of cosplaying for the naruto movies?

The-Anime-Geek Damn you're one of the best Orochimaru cosplayers I've ever seen! Ever considered coming to cons on the East Coast? =]