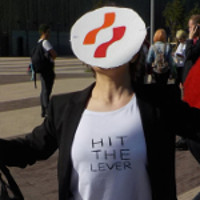 So, I'm finally finished with this.
Since I'm a newbie, the clothes were mostly store-bought and edited from there.

For the shirt, I bought a plain red shirt from a shop, and sewed on the collar.

The overalls were modified from some high-cut pants. I sewed on the buttons in front and the straps. It took some time to get the straps to work right, and I had to change the position of the buttons several times to get it to fit right.

For the hat, I bought a white cap and sewed on a ribbon and bow. The bow was made from some cut-off material fro mthe shirt, but it had some seams from it left on it and I'm planning to make a new bow if I'm wearing this again.

I bought some white high socks and sewed on the tops from some old black socks-but some of those seams ripped when I put them on, and the socks also kept slipping down. Might want to fix that...

I also brought a toy Pokéball as an accessory. It originally contained stickers xD but it looked almost perfect for the costume(except for holes in the top and bottom for some reason, but I tried covering them up with my hand)

I didn't need a wig for this one- i just put my own hair in pigtails. 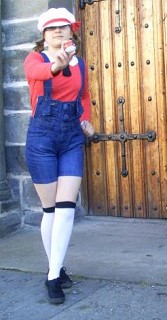 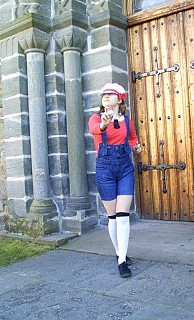 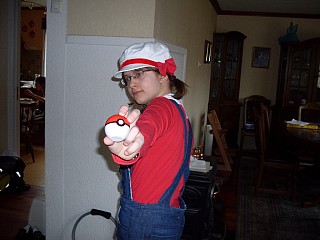 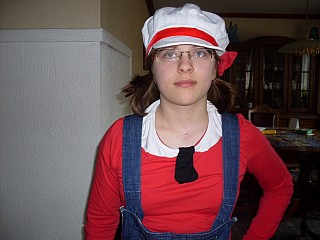 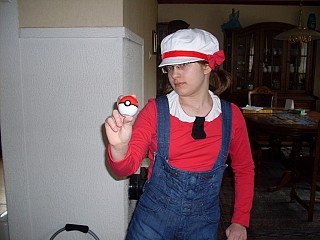