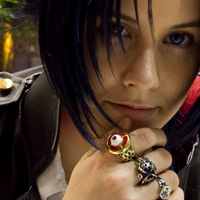 I made this costume over the summer while I was stuck in middle-of-nowheresville, Arctic Canada. Everything was made from leftovers from unfinished stuff I had been working on, since there's nowhere to buy fabric up in Yellowknife other than Wal-Mart (which was nothing but broadcloth) and a quilting store (... more broadcloth).

I fixed it up slightly between PAX and Sakura-Con, replacing the sculpey "buckles" with ones made from styrene and some mending here and there. It didn't help, however, that I had lost weight between cons so the costume doesn't fit me anymore. :C Which isn't a bad thing, but damn I wish I had gotten more con time. XD 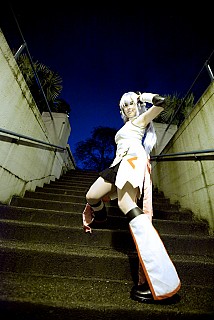 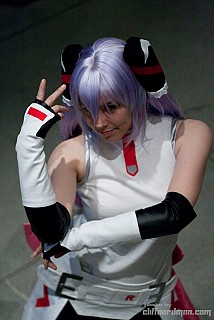 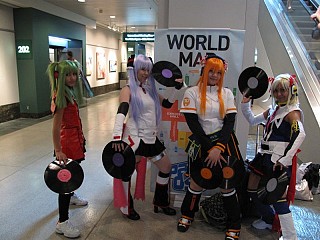