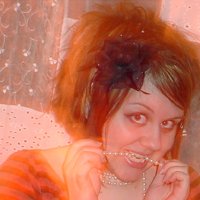 The story of this costume is actually a drama-filled mess. It ends with me making all of the costumes in the group except for our Hilda (Jayyne). I only made her jewelry and added flowers to various parts of her dress. They debuted a convention later than planned, I spent way too much money, everybody argued and in the end nobody recognized who we were ;_;

So, as I made most of this group's costumes, this profile is for the whole group.

These costumes were my first foray into sculpy, as well as my tradition for strange, brilliant, ghetto solutions to unforseen problems.

We were going to wear these costumes to go see You Higuri (the creator of Seimaden) at Acen 05, but we got stuck in the amazingly long, huge, giant registration line and didn't have time to change before we went to her panel ^_^;; We got our pictures taken with her though, at least. 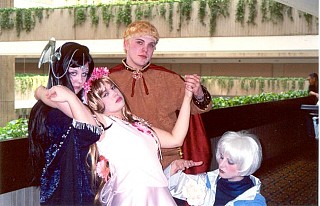 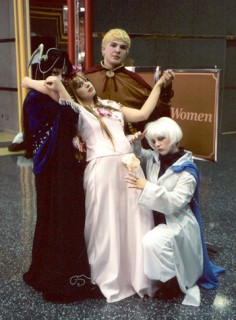 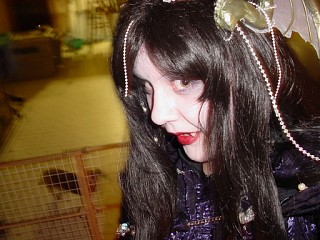