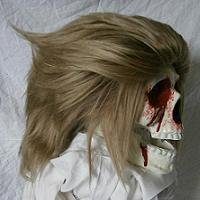 He's so cool! &gt;u< and kind-hearted and funny and...ahem, I wanted to do this cosplay, but Hiki and AanZku laughed and said that I'm too short to do it, so while I'll be 'Mr. Chibi Prosecutor', Hiki'll keep me company as Lang.

The costume was a great practice for both of us. It had so much elements we both hadn’t worked on so much, and it challenged us to the end. But still, it was a ton of fun to make <3

The coat was made of artificial leather that sir Hiki found at local fabric-store. It feels so nice and soft =w= The fur was taken off of my first cosplay-costume sir Hiki made me (FYI, it was Sesshomaru from Inuyasha x’D “no animals were harmed during making this costume...much.”) I made the dragonpattern (which was crazy! I mean, It kept changing over and over and over again, and the backpattern is shown only once…as a little sprite! xP so I tried to find this 'golden middlepath'-thingie as they say here in Finland :D) and it stirred to a quite challenging aftermath. The pattern is made with a gold pen, and it needed something to hold it in the surface of the coat. So, first we tried hairspray. ...I know, silly as hell and it didn't work x'D then, we tried fixative. It seemed that would work, but after the coat was covered in it, we realized it was a big mistake. The coat became all sticky and the golden pattern started to rub all over the coat &gt;_< so, we had to carefully remove the golden stains with nailpolishremover, and figure out how to keep pattern from staining the coat, or else sir Hiki couldn't move in her coat at all. And then, it hit me. Erikeeper-glue. A thin layer of it did the job, and now the dragon stays were it should be ò w ó

Pants were done by sir Hiki and the pattern was made by me. I cut a silhouette out of paper and used white gel pen for lines, and white fabric-color and gray marker for the rest of it. It taught us that when doing patterns like this on clothes, white gel pen is your best friend (well, almost. If you mess up, it’s hard to remove –w-‘)

The belt was pretty fun to make since a friend of mine was visiting me and I got to chit-chat and play with the hot glue pistol at the same time :&gt; ...though I burned myself a couple of times -_-'

I was suuuuperlucky with the wig. I originally intended to make the whole thing from scratch (which was foolishly foolish of my foolishly fool self), but it bombed. So, I started to worry. There was no time to order a new wig, the wig on finnish stores are awful, and I had nothing to work on…until it hit me. AanZku had given me an ash-blonde punky-wig as a birthday-present, and it hadn’t been used (it was intended as a Sora-wig, but we dropped our group, so it was unused). I put it on sir Hiki’s head, used iron curler and hairspray…and the wig was done in about a couple of hours. Just like that. And I can make the Sora-wig out of it later on, ‘cos I didn’t need to cut it : ) Thank you AanZku, you’re a (cosplay)life-saver <3

The shirt under the coat wasn’t so hard to make, but the shoes. Let’s just say I’ll do them over once the con is over, and this time I’ll so separate parts for feet and the upper part so it will allow more space for ankle to move around. After the shoes were ready, I realized that I could have done them separately, and it pissed me off –w-‘ well, let’s just hope they’ll last at least a couple of pictures…

We’re happy with the results, and had fun doing these (except the shoes xD) so it’s all good. And it was fun to test our limits by making this costume. And it was wonderful to be at Finncon-Animecon 2011, although as we expected, the shoes broke X'D 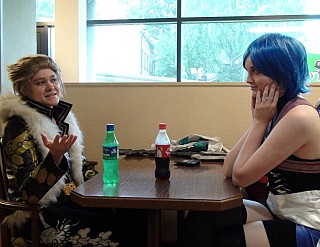 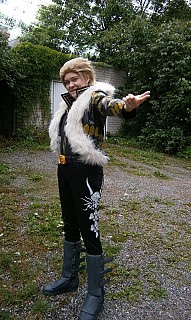 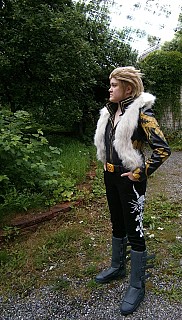 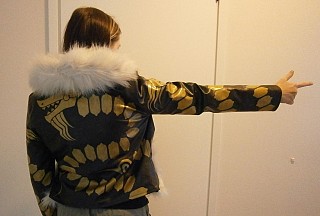 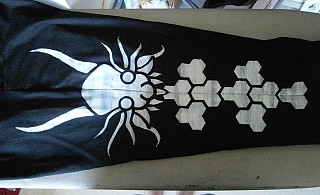 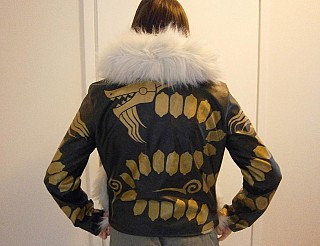 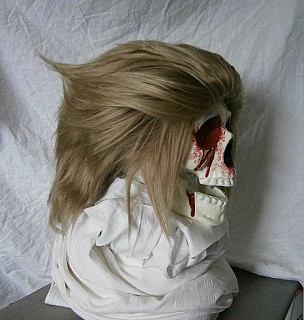 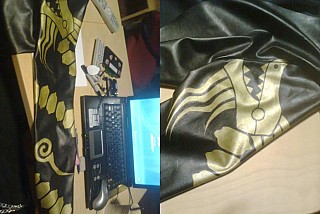 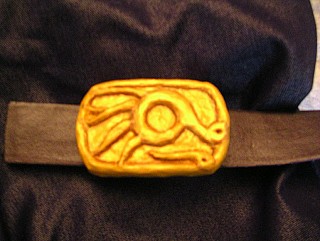 devious-tofu Ah, you finished it! It looks fantastic!!!