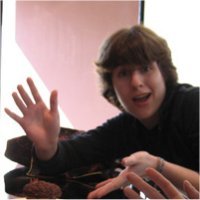 Starting off, it was all sewn by hand, excepting the butt-pouch, the kunai holster, and the shoes, which were a present from a friend. I haven't got a sewing machine at college, so...

The wig is the worst part of the damn thing, I'll come right out and say. It has no bangs, it's flippy at the sides, and it's pretty much twenties flapper Lee. Will definitely be fixed before I wear that outfit again, believe it. Edit: Fixed (kinda sorta!) for Ohayocon 2009

Binding wasn't as hard as I thought it was going to be. I used a 4" ace bandage and a layer of cloth sports tape. That tape? Is like STEEL. It's like having a vice around your ribcage, but it stays. I would pick the most athletic character I know to start binding for, wouldn't I....Once I got used to it, I could run around and climb girders and all that ninja stuff. Ribs were sore for days, though.

Leg-warmers need darker stripes; I ended up taking the elastic out of the top, after spending two days getting the damn stuff in there, because it made the legs look even bunchier than they are in those pictures. Ecch.

A fun costume, but BOY do I wish I went to more cons in colder months. Or maybe I'll just start work on Lee's summer version outfit... 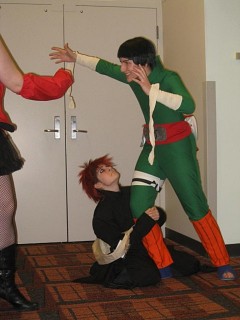 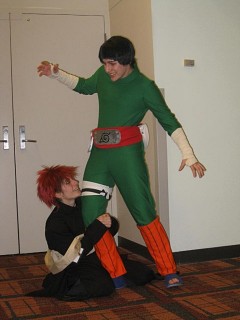 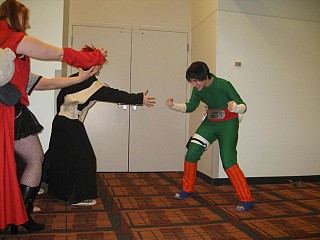 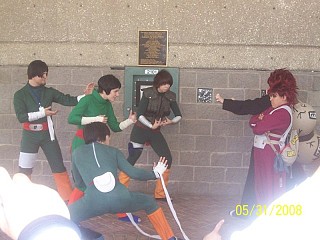 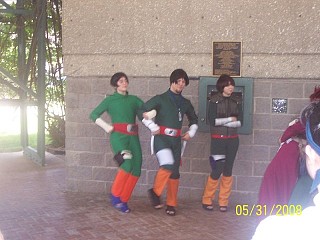 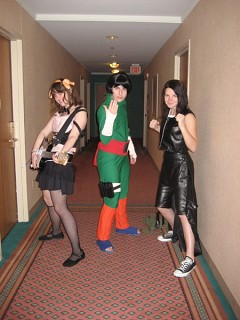