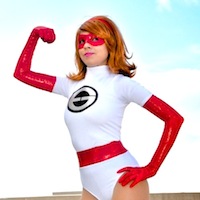 I made this costume once for Indiana ComicCon 2014, but was unhappy with it, so seven months later, I completely remade the suit, finally finished the gloves, updated my collar, and styled the wig a bit better.

The original contained a lot of paneling and piping on various style lines. The new one is much simpler. Both are full body black suits made by me, as I like the look of a solid, athletic suit. Going to be honest, I can't stand the waist cincher look for Black Cat. I cringe at the thought of having to burglarize and fight in such a painfully restricting garment! It also looks more dominatrix than burglar. So comfort and flexibility were key in my updated design, since the first was so unstretchy, it barely allowed me to crouch! But in the new one, I could easily do back bends, high kicks, or whatever else I might need to. ;3

On a similar note I used very simple black boots with a low heel- flats actually hurt my feet to walk in for long periods, hence the choice in heels. Big chunky boots also just seem like a huge hassle (and danger!) to run around in, both as a cosplay, and as an actual burglar. I don't mind fantasy, but it's just my own preference- I'd rather be comfortable if I'm gonna have to sneak around a city, haha. These boots are getting old though, and it's hard to find good, comfy replacements. =(

For my new look, I went for simplicity in the suit in order to really focus on the fit to the body. But to break up the simplicity, I sprinkled it with subtle touches of bling! Hey, a cat burglar who likes shiny things surely might spend a dime or two on herself, right? ;D So the zipper has rhinestone teeth and a big blingy rhinestone pull ring! The collar also has spaced Swarovski "studs" and a big, tacky cat collar tag. I love it a lot, it really adds a lot of character to an otherwise boring suit!

Likewise, I am going with white claws because they pop against the suit in photos and look fiercer in general. Black claws looked too "witch hands" to me, and just were really hard to notice in photos when I looked at other costumes. I really like how mine stand out- they look much more intimidating and add a lot of visual interest. Plus they're fun to poke people with ;D


Both suits took about a week to make. It was a fun, easy project! 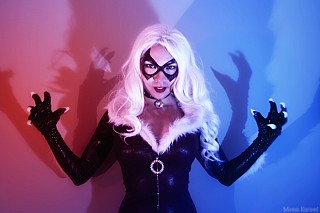 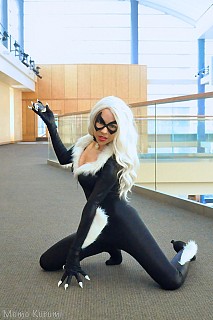 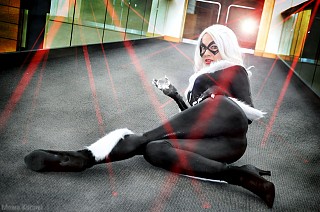 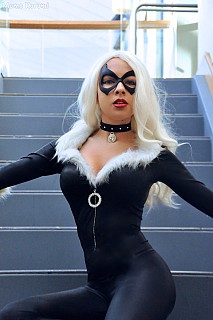 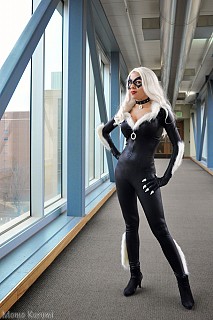 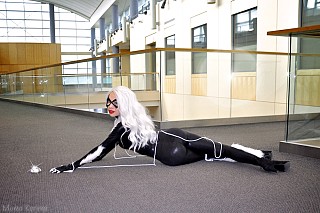 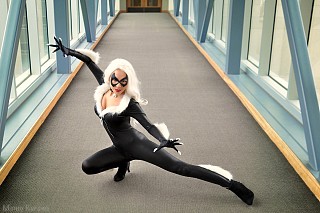 boricuaspartan Very cool. I like the poses. Very sexy.