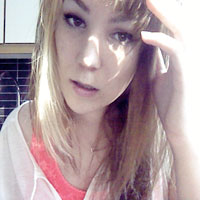 This is the first ever cosplay I did and was worn to my first ever convention. It was pretty fail though because I hadn't had time to finish the shoes or most of the armor. Alot of the costume was actually made at the con itself and it was put together with safety pins. *embarassed* The only things I could feel proud of were Hiraikotsu (her weapon), the mask and the hair since that was the three things I spent most time and love on.

The reason I rushed this cosplay was because I suck at planning and I kinda had promised a person I would finish it and that we would meet up at the con in our cosplays. (funny thing though, I never met her while I wore the cosplay) xD On top of that I was a newbie at cosplay. (still am -.-)

BUT I will definitely finish this and wear it as a full cosplay later. I may have to start all over again, except some things like the red band around her waist and some armor. Atleast I know now to start in time. :P 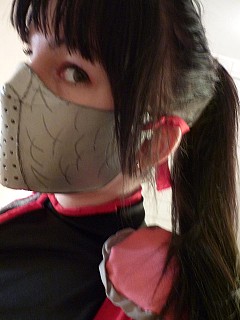 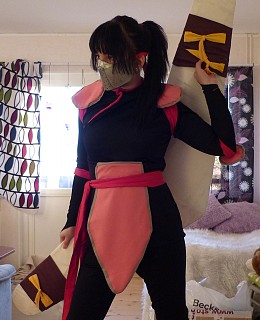 Mina_Monster73 How did you make the mask? Im working on her demon slayer outfit and thats going to be the hardest thing for me. (Ive already made her traveling clothes and weapons)

Blood_Sword There's actually going to be an InuYasha group at UC:11. I'm going as Nobunaga... XD Maybe something?