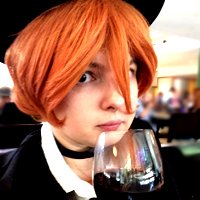 Earlier this year I kept hearing about this series, but I didn't think much of it. That is until I saw a picture of Chuya. I immediately fell in love with him and then decided that I had to watch the series. I ended up adoring him even more after seeing his weird but adorable personality.

I took the blazer I used for my Aigis cosplay and altered it for Chuya. I cropped it and trimmed the sleeves and sewed the brown fabric onto the ends of them. I made his collar and tie out of black ribbon. The first hat I used is altered from a black hat I had(currently working on making it more accurate as it was too tall before). I replaced the hat because I wasn't satisfied with the first one, however I might be replacing the hat yet again because this one is kinda small. I found the new hat at a Halloween store and altered it. I already had the gloves, vest, and pants, though I do plan on getting better gloves before cosplaying him again. I got the white blouse at Target.

The wig I first used is originally my Ren wig. Later on, I got a wig specific for him that's a lot better.

For the coat, I used one that I had for a few years that was going to be used for another cosplay, but it was way too big. And since Chuya wears his off his shoulders, I figured it would be perfect. So I did some altering to it.

This costume is going through even more fixes so stay tuned for an update! :D 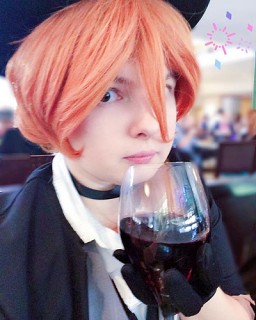 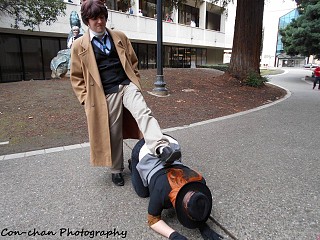 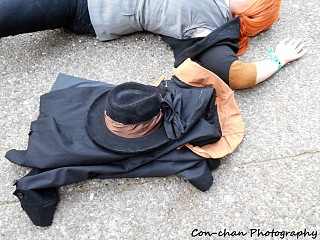 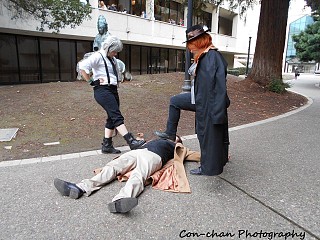 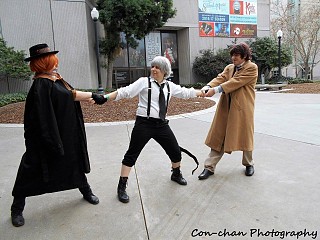 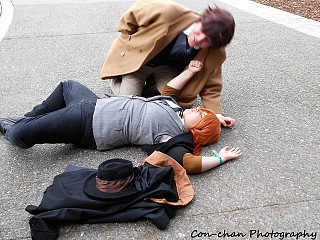 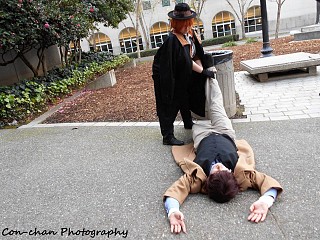 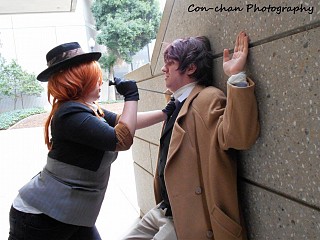 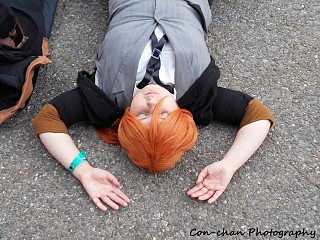