The Lord of the Rings

I've been planning to make a cosplay of Legolas for a long time now, since he's my first love on fictional character. And now I finally decided to do it, when I was asked to join in Hobbit group cosplay. I'm really excited about this project, and it's really great to have it as my first western cosplay :D

I think, that the most troublemaking part was surprisingly the fabric choice. The movie came out in december 2013, but our group was meant to gather in february, so I had no time to wait until movie had came out. So I had to go with some screenshots from trailers, but I think, that I was able to have pretty good fabrics.

Overall this costume was pretty simple with two tunics, vest, and armor. That armor really needed some planning, and it took most of my time, when I was making this costume. At first I was about to make it of craftfoam, but I decided to make it of fake leather instead, and I'm glad, I did, since the armor that has been made of fabric, makes it a lot easier to move around. I think, that I was able to paint it to look like metal as well. My vest, shoes, wrist armors, and quiver have all been made of fake leather too. As well as some details.

Bow has been made of finnfoam, since it's cheap and light material, and pretty easy to handle. First, I cut a right sized piece, and put some papermache on it, so it became nice and smooth, but also pretty light to carry. However I had to use rubber string, so that my bow wouldn't snap broken in the middle of posing. Now that would've been awkvard xD 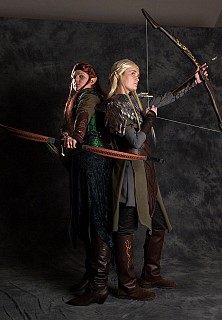 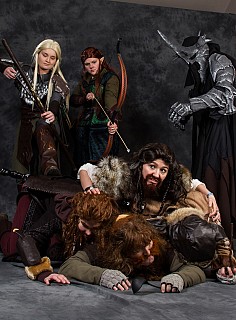 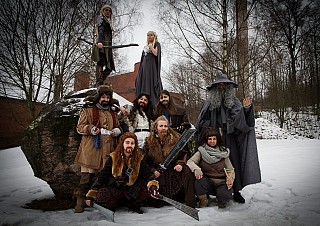 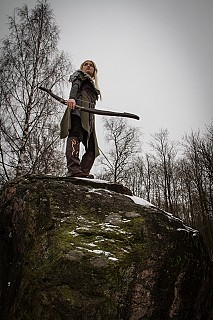 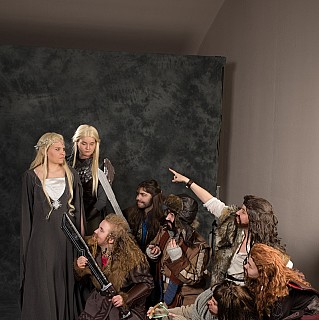 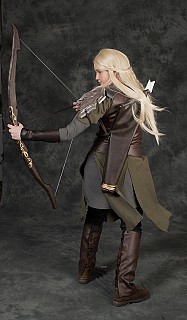 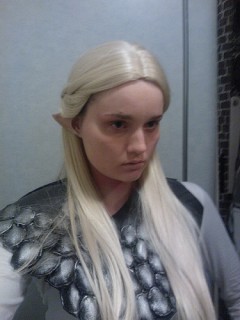