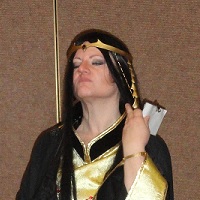 3/31/2014: Alas, this costume will not be done in time for 2014 Sakura-con. Filia preempted my sewing life, and Tsubasa fanfic and Real Life responsibilities and traumas took up the rest of my precious free time. *G* Maybe the next con I attend... (Which, sadly, is likely to be 2015 Sakura-con, the way my life is going.)

In progress... Hope to complete by Sakuracon 2014. Yeah, it'll probably take me a whole year. I'm that slow.

Oooh, I've done research: Five hundred years ago, Fluffette would have worn kosode, which have a number of comfort and ease-of-wear advantages over the modern kimono, like narrow obi tied in front (yes, all those thin obi you saw on the show are accurate. Surprised me, too), a natural body shape, no waist fold (osahori, for you purists *G*), wider collars and body panels, and more curved sleeves. The column/cylindrical/tubular silhouette, super-wide obi, and elaborate obi knots in the back that we see today didn't start evolving until around the mid-Edo era, and didn't reach the current extremes until much later than that. There are even debates on whether women's sleeves could be fully attached or not prior to the Edo period, as detached sleeves weren't necessary until the obi became too wide for attached sleeves. Haven't found anything conclusive on that subject, though.

Interestingly enough, the way Fluffette wears her uchikake off the shoulder was, in fact, a fashion among rich and/or upper-class women of the time. That was another surprise for me when I looked it up! I originally assumed that the mangaka drew it that way just because it looked cool, but no, it's based on something that was really done. There are actually extant artworks showing them wearing it that way. No giant fur fluffies, though. *G*

Now, for my ever-important reality check: While a kosode would be more period-accurate, for convenience I will probably do a hybrid of modern and period, because, really, how many people at a convention would recognize a Muromachi-era kosode? Not to mention the fact that I really don't want to do that much embroidery on the thing, so I'll be cheating anyway. Besides, the mangaka herself fudged things to make the characters and designs more attractive to modern eyes (did you ever see tooth-blackening on Inuyasha? LOL). I'd like to do the stuff that makes it comfortable to wear (like narrow obi and no waist fold, yay!), and keep the modern stuff that doesn't diverge hugely from the older kosode style (like, say, more modern, less curved sleeves, and a compromise on collar width, both of which the mangaka herself drew on the visible parts of Fluffette's kosode and uchikake). And I'm going to use snaps or something to hold things closed, rather than relying on simple ties. I have nightmares about costume malfunctions! Managing the off-the-shoulder uchikake with its giant fur fluffies is going to be difficult enough without also worrying about the kosode flopping open because I didn't get everything tied right.

However, once I get to cutting and sewing, reality will dictate what I end up creating. *G* This is what happens when I research something for any project (not just cosplay): lots of enthusiasm and ambition at the beginning of the project, then reality smacks me in the face during the design and construction process. *G* 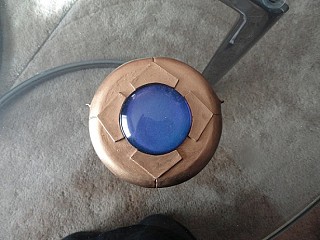 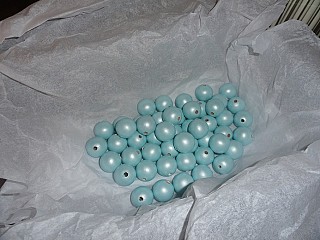