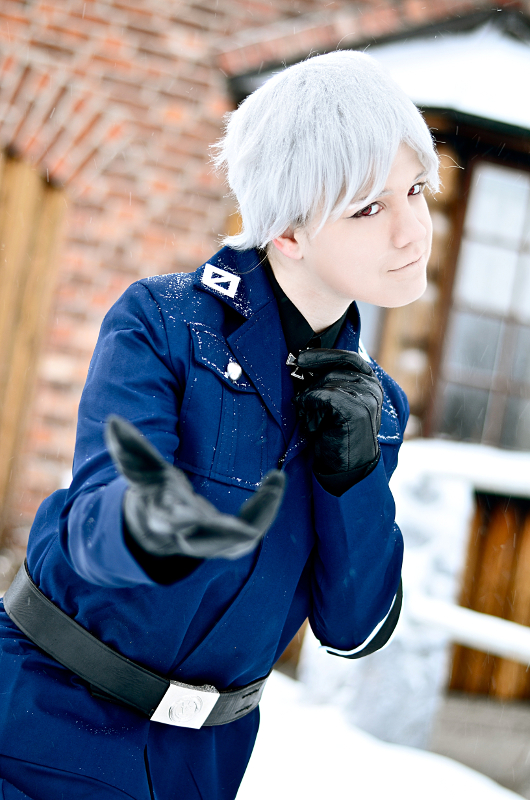 Cosplayer: Frozen Angel
- This costume has been sold in 2018 and I'm currently waiting to receive my new, updated Prussia costume -

Prussia is my second favorite character after Germany from Hetalia, despite them being opposites of each other more or less. I still ended up liking Prussia surprisingly much. Sure that he is a mean douche most of the time with a superiority complex but despite all that, I saw character depth in him and started liking him more after discovering it. Sometimes I do like bad guys too; we all know that the baddies have more fun than the goodies. I don't know why, but I like this crazy undertone that Prussia has about him despite not being an "evil" character. I also love his color scheme a lot! White & blue clothing goes so well with red eyes!

Costume information:
This costume is bought from CosplaySky.com. The boots, gloves, shirt and Iron Cross necklace are all bought. The belt is an authentic WW2 German army surplus belt that I bought from varusteleka.com.

---
I have cosplayed Prussia at following cons: