Wow.. This project took almost 6 months to finish.. =_= . I still remember, how I felt like, when I was watching some artwork pictures of her... I was like: "gee, I gotta be crazy.." xD But I really really really wanted to make this costume, since I simply love Amanos artwork. Especially in older final fantasy games. They really need more cosplay love! D: And it is like I do always say: "Cosplayer is a artist, who could create something impossible to bring it in front of our very own eyes"

The costume itself wasn´t difficult. There wasn´t even too much details. But there was pretty much different fabrics. Especially those clothes around her waist. Some of them also seemed to have some sparkling little things on it. I was wondering, should I make them with a harderst way, and sew some pearls.. I decided to give a shot, and after few weeks making it, I finally realized, that at this rate it would never be done in time. So I put that cloth aside, and started to make other parts of my costume first. I would´ve finish that detailed bastard later, if I´m going to have time left :p My gloves has been made of the same fabric as my cape, and I added some details, like those pretty golden pearls. :D And I was really excited to have a cape in my costume. I´ve wanted to have it since 2008, when I started as a cosplayer :D

I like a lot her dress. It´s light and very comfortable to wear. I painted those round and square with fabric paint by hand. I wish, that I would´ve get more purple color.. Oh, well. &gt;< I also painted that cloth around my waist with silver paint. The white one, and the long jewelry both have been bought from second hand store. :)

As expected, my crown was the most difficult part on my costume.. Or should I say, that it took the most of time :,D I used styrofoam and papermache as main materials (Thank you so much for Viveeh for sending me that awesome stuff! *O*) Smaller horns are made of craftfoam, masking tape and papermache. First, I painted my whole crown with Gesso, and After that I painted those blue parts, and little horns few times with silver or golden paint. I used the same technique on my shoulder armors too. (which are also made by styrofoam and papermache) After the shiny metal paint had drried, I painted on with right colored paint. With that way it looked nice and shiny :D. Some part are even painted with copic pencils. Lol xD My wig was originally ment for my Teresa cosplay, but I decided to use it for Hilda first. But I am still planning to cosplay Teresa, so I will use it also for that. I bought it from Ebay :3

This costume is my absolute masterpiece so far, and I´d like to devote it for my late grand-aunt. Her name was Hilda, and she thought, that my costume was really beautiful before she died at high age of 92. Rest in peace auntie Hilda C:

Here ends stuff, what I wanted to tell about my costume... If you still have something in your mind, just ask :D

Check out my performance from here: http://www.youtube.com/watch?v=04vj7ZLGbmU 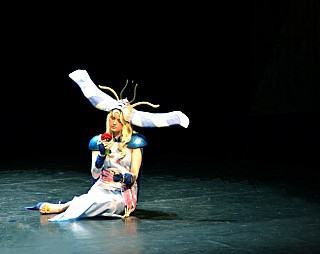 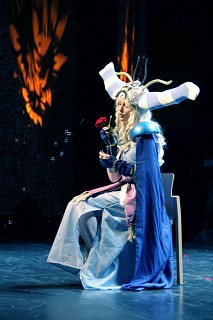 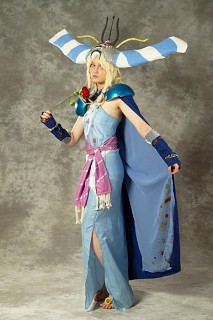 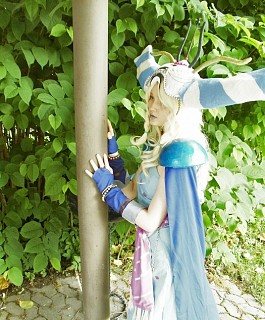 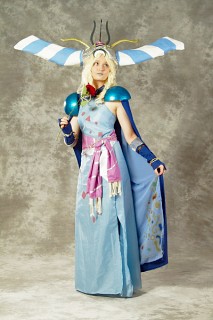 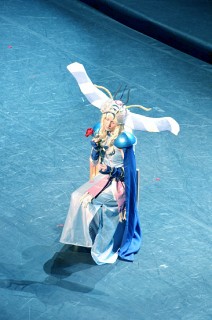 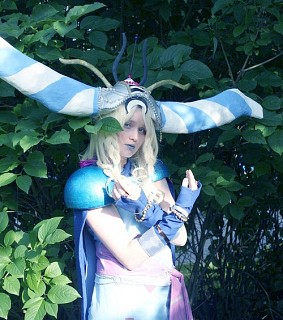 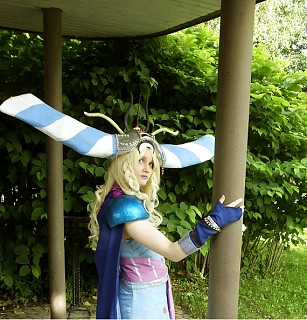 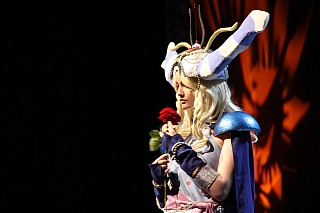 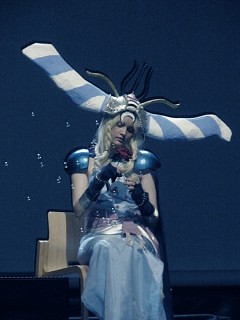 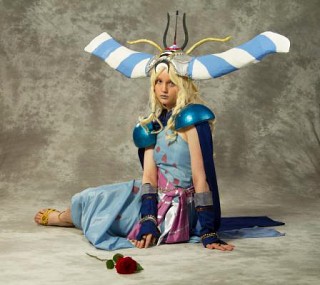 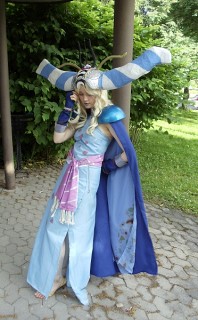 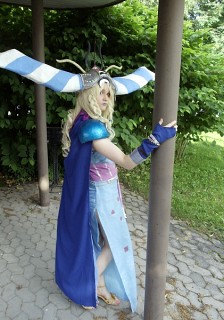 Narnian Gorgeous cosplay! You did an excellent job!