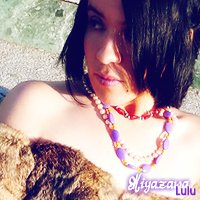 It has been a long dream of mine to visit Japan, and after many years saving money, my wish was finally granted! And of course, one of the things I simply must do was going to Comic Market, the biggest and most popular doujin convention. Apart from spending a great deal of my money on both doujinshi and official merchandise, I wanted to see how the cosplay scene was like in Japan. And for that reason I chose three costumes that would be hardly recognizable in my country, but more popular there.

Nagisa Furukawa, the cute main heroine of Visual Art's/key melodramatic VN CLANNAD was the first choice (and probably the best one in terms of construction and attention to detail in the end ;_;). It'd be safe to say that the anime adaptation of CLANNAD was the saddest series I've ever watched: it made me cry more than any other but at the same time it remains one of my favorites of all the anime I've ever seen, thanks to the magic of Kyôto Animation as well. I feel very attached to the fragile and sweet Nagisa and her relationship with the badass but warm and kindhearted Tomoya, as does my boyfriend (we actually watched the most emotional episode together holding hands and crying XD). My boyfriend even made a dango plushie for me as a Christmas present for me in 2009! We've been wanting to cosplay this sweet couple for a very long time, and we chose Comiket 82 to do so, bringing also our dango with us ^^ (he ate most of the space in the suitcase, though, but it was worth it since people loved it XD)

Construction-wise, the costume is really simple but I always try to improve my sewing skills with these kind of cosplays: it was my first time making box pleats instead of the usual knife pleats, but after analyzing my Mikuru skirt done by my mother, I felt confident enough to try and I like the result ^^ I spent a lot of time adjusting the waist since I wanted it to look as closer to the original design as possible without placing it too high or making it too wide (as it'd make me look retarded, or so I thought). I also took great care on making the bias tape of the sleeves and sailor collar look as neat as possible, as the collar itself (it ended up a little bit too big, though u_u). The high school badge was bought on eBay and applied with heat.

Both my wig and my boyfriend's were bought at Fantasy Sheep, and we're in love with them! My only pet peeve is that I ended up cutting mine too short for Nagisa without noticing ;_; (her hairstyle is a little bit tricky, it's kind of long and short at the same time). I only cut it and then sprayed and applied heat with the hairdrier to her antennae. Her hairclips were bought and painted red.

I really hope to wear this costume again, and with more characters if we can! I also plan on making the winter uniform someday :3 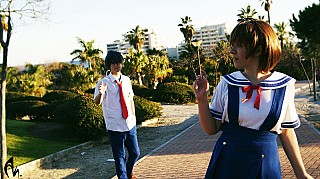 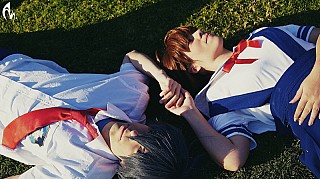 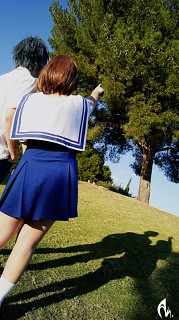 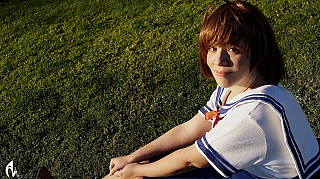 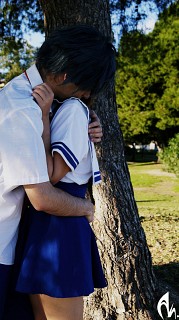 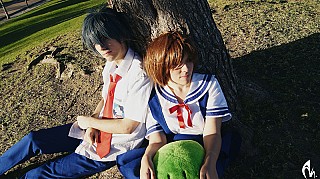 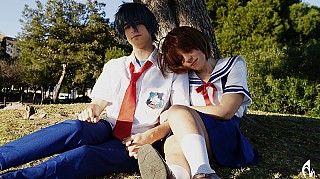 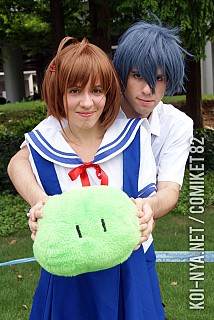 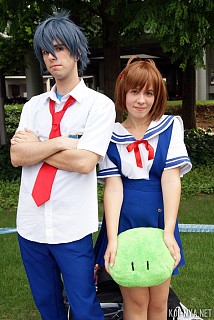