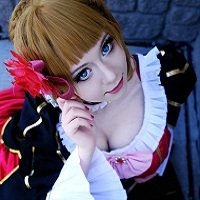 Oh my god. Where to begin with this cosplay. Don't get me wrong, I love the end result of this cosplay but the construction ITSELF is SO incredibly amatureish and horrible. The inside of the costume looks like... cringe-worthy.

Basically, now nobody judge me, this cosplay was made of a dress I originally found at a thrift store. I then decided it was a good idea (god help me) to spray pain the skirt of the dress. After realizing I'm an idiot, I got a purple skirt sewed over top of it (whilst leaving the purple section in the middle), which I then fabric painted the designs of her dress on from the movie and added the lace trim and various other embellishments.

The top half of the dress was made from the upper part of the thrift store dress I had purchased and a few other random shirts I had bought. Along with ribbon, fabric glue and gemstones to create her corset part and various other details on the dress.

Like I said, while I'm proud with the way it looks it's now falling apart and needs work so in short: sewing machine &gt; hot glue gun. I have learned my lesson. = u =

My wig is from here http://www.ebay.ca/itm/60-Extra-Long-150cm-Gold-Blonde-Straight-Cosplay-Wig-/220877501847?pt=US_CSA_MWA_Wigs_Extensions&hash=item336d533597, although I would not recommend it, as it was absolutely HORRIBLE for brushing and braiding it took SO much effort because of the shitty fibres of the wigs.

The flower version of the wig (Which I know is not accurate in size or mass to her hair in the film, but this was a cosplay I made for halloween, so go easy on me. Perfection is nice but I wasn't going to spend LOTS of money on a cosplay I planned to retire after halloween. :P) was created by braiding my original wig, buying some dollar store flowers and hot gluing (yes, hot gluing) them into the wig in a similar pattern to her hair in the movie.

Pascal was a little plushie I bought off of ebay. :D

If you have any questions about this cosplay please don't hesitate to ask. 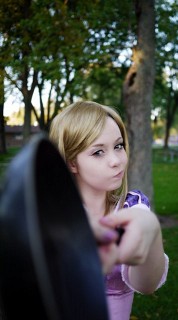 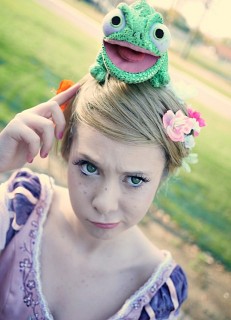 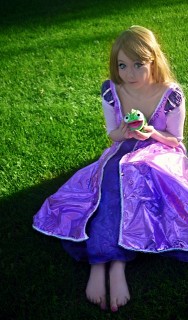 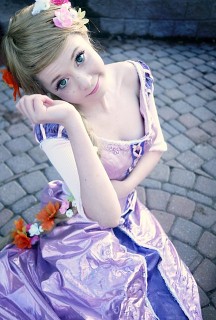