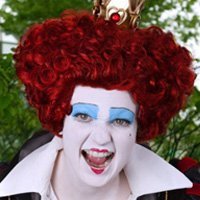 This was a nightmare of a costume as cotton Velveteen is hard to find.

I have planned to finish him in the summer of 2010, but the laundromat killed the first 7 yards of the velveteen. I further ruined another 6 yards of the stuff when I cut on the wrong grain. >_< I>_&lt;

The wig is a Magnum Long from Arda wigs that a removed the lower portion of and replaced with a long clip on ponytail for the braid. Shade in Light Blonde. I ruined 3 of the clip-on as I tried to harvest the wefts from it — the final one I removed the hair clip and sew the whole thing onto the base wig.

The white trim I look for something you would see used in that period/style instead then make the loops as I felt that Jun Mochizuki was trying to capture lace without having to draw it ALL the TIME.

The white panels is a 100% cotton brocade I pick out for my Kongiku costume. I just had enough left to use on the exposed and inside panel.

The gold trim is 7/8 Gimp Cord.
All hand sew down, and the edge of the collar sew together between the edge loops on the gimp to create a finished edge.

The coat was almost all hand sew except the initial body shape.

The earring and hair tie is made from a custom mix Fimo to match the purple shade seen in the anime.

The things I made from scratch were the spats, coat, jabot and earring and hair tie.


The break down of time (over the years) it took about a month to make the jacket, but it should take about four whole days to do it without interruptions from drafting to finish. 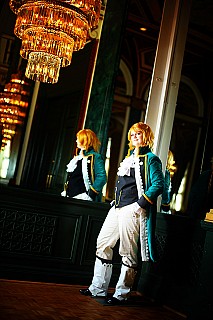 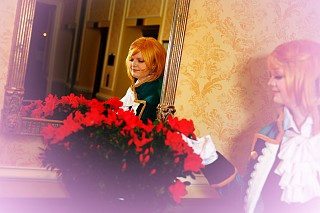 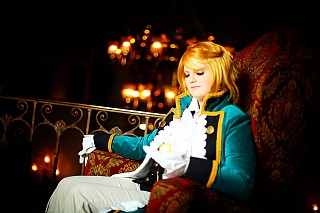 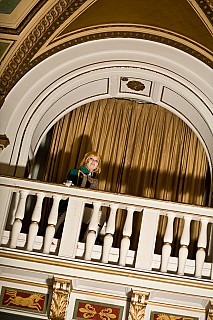 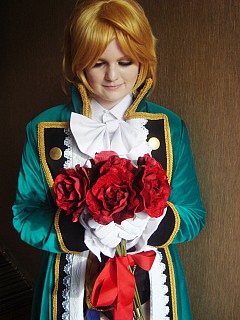 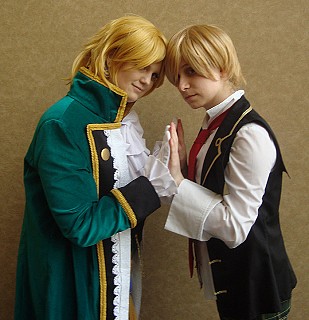 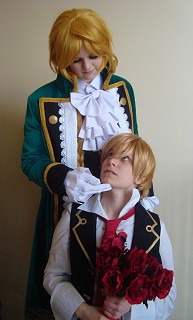 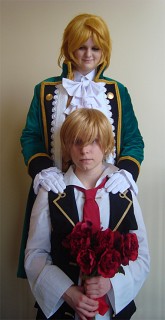 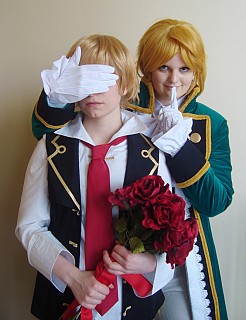 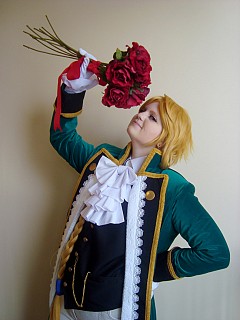 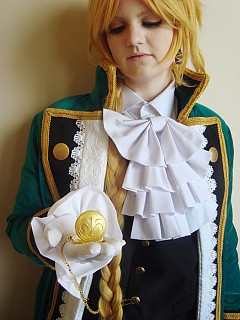 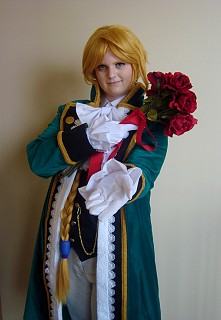 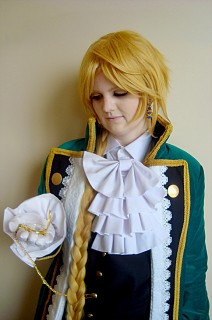 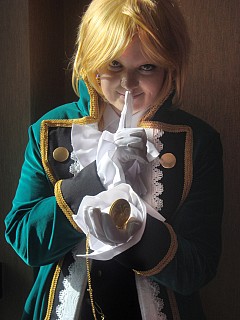 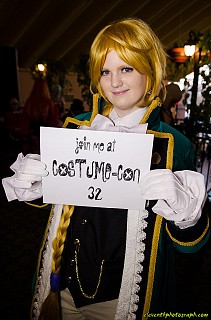 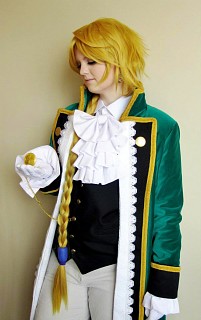 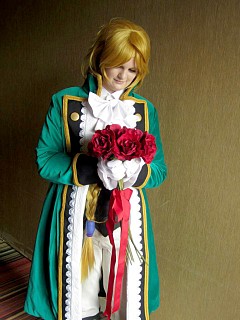 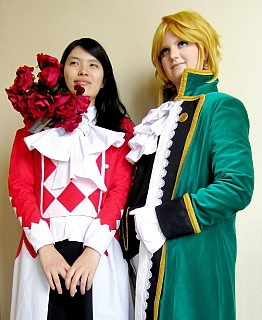 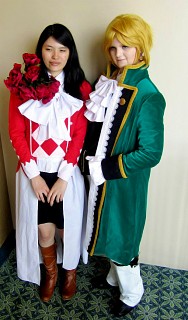 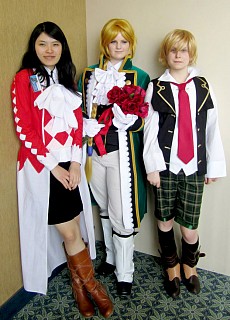 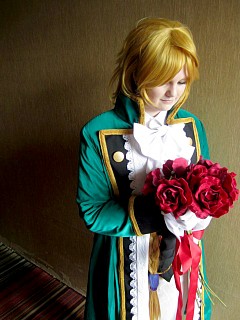 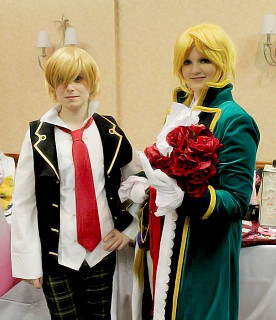 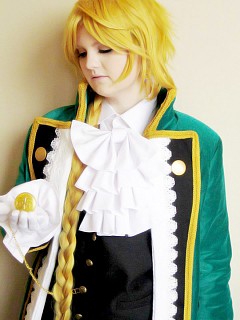 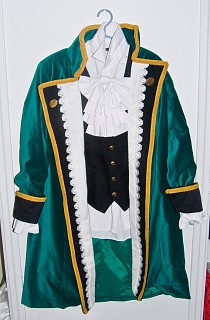 WARPAINTandUnicorns That's the one thing I'm thankfull for is that we have a chain in Ontario called Len's Mill that stock tons of trim for upholstery items. You can fins them online as Expo Twisted Cord and Expo Gimp Cord a bit easier.

A14jojo Can I just give you a hug for making such a lovely Jack and for going through all that heartache to get him done? >.< I just love seeing other Pandora Hearts cosplayers, and I really love the trim you used. That's sort of what I wanted for Break's uniform but everything at my local fabric store is either too yellow or that kind of tinsel gold stuff.