petticoat/skirt - I did my typical, petticoat undergarment for the skirt, although it seems my "petticoat" will need more layers. Making the designs on the skirt came out interesting because I thought I was working wit a flower almost. The diamonds and Vs look pretty ok from this angle so far though :O So I decided to add 4 more layers to the 3 layers I already had. That gave it a little more poof which is what it needed. The train is a light blue silky rabric that I thought would look nice. As you can see I had the things at the end and everything :o

Shirt/top - Ok so surprisingly the top ended up being an interesting combination of hand sewing and the sewing machine of course. I stuck wit the suede cloth(BAD choice for the summer) and jumped into sewing. Ok so I saw that there is a little turtle neck of sorts and I made a neckline for that and modified it several times till I got it right. The bottom interestingly enough make me think of the petal look like that of the skirt so that's why its cut like that. Now there's many things I probably coulda figured to do wit the front. In the game it seems like its just one shirt but for some reason the way it look translated in my mind as something you would zip up like a jacket. After all the detailing of the top and sleeves(which I used the same technique as what I did on the skirt petals) I finally got the zipper. I also picked up a small gem from micheals. I tried to get one that would match it up but somehow that one came to mind(that's the same type I used for pururin's boots o_o) The sleeves I wanted to do like that puff sleeve look so what I did was took white suede cloth(once again) and measured my arm around(particularly my bicep which I had to consider bending my arm and all) and brought the end of the black sleeve into that. Then the navy blue just came back out wit that asymmetrical type drop of sorts. And how wonderful I just JUST enough navy blue to get that done ;p I used a zipper and for once I was actually able to get my hands on a separating zipper for once. It could have been because of the lenth because it measured 26 inches but still either way its epic :D

Gem - Ok well who knew the gem would get its own seperate little description ... Meh this is only just because I don't want the above description to become a text block. Anyway the gem was an interesting state of affairs. First I thought well hey why don't I snap this wit the snaps. But then when I glued the pieces on the back and snapped them together pulling it off caused the glue to come off(hot glue that is). Thinking on my feet(hands rather) I came up wit another idea involving some hooks I got recently and that's a lower maintenance option plus this time I had super glue on standby and that was alot easier. Very functional too for it stays in place and everything :D Also the marks I put on the shirt for the snaps are covered because it hooks on like such so I fixed the whole problem wit an unexpected solution :o

Headband/flowers - Ok so I just got a cheapo headband from the dollar store and some cheepo flowers also from the dollar store then threw some money at some royal blue fabric dye to turn the white flowers blue. For the record I first had navy blue but the navy blue was too dark and practically turned them black so in the process of washing the "black" off I guess that made the navy blue hold and mix better or something but either way it wins :D

shoes - I got a pair of flats and sprayed them with shoe spray. I intended on doing things a little neater so I lined the inside with paper so the spray doesn't come off on my tights.

tights - I ordered some tights off we love colors. I had some ribbon that I got from micheals and looked into some fabric glue considering another member mentioned on here how painful using hot glue was for her shirley cosplay. The fabric glue worked well :D

optional accessories: I will be having a quill wit this cosplay. Even though she's dressed in her other outfit in the second part 'a the game using the quill I just felt like it matched. Also I will be incorporating nail polish into this cosplay. It will be a blue glitter color that is actually one coat paints all :D

Unfortunate news: I lost my gem on the way down to the tales shoot. It made me feel very incomplete -.- 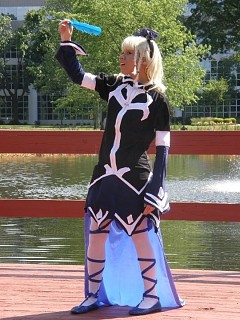 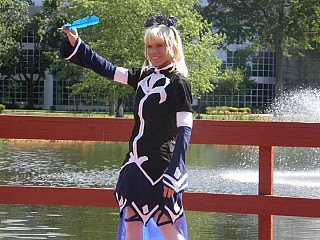 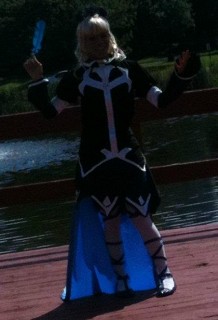 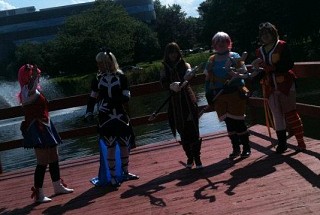 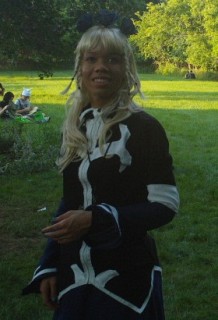 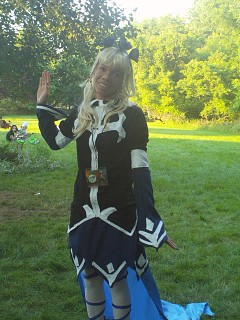 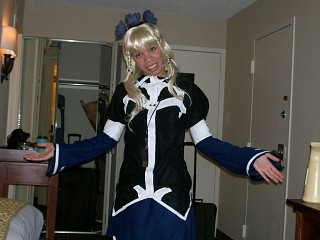 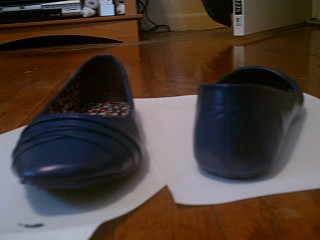 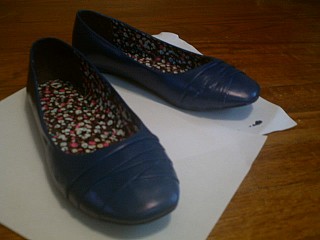 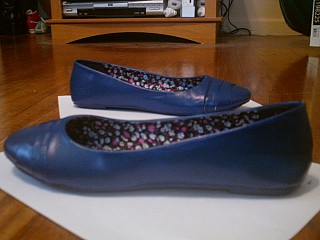 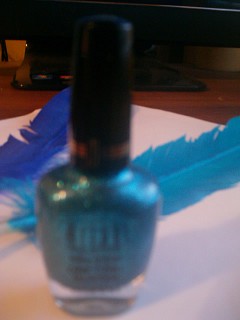 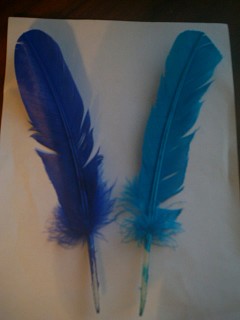 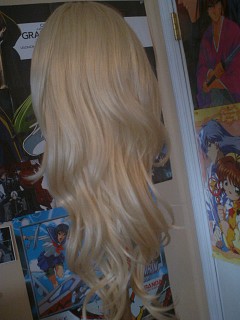 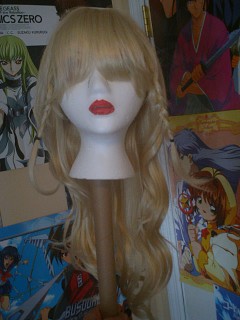 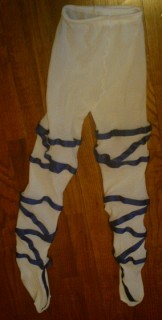 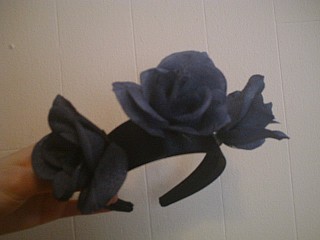 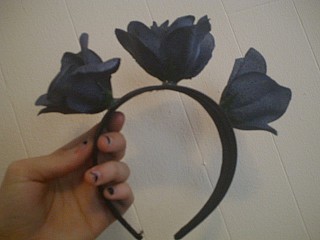 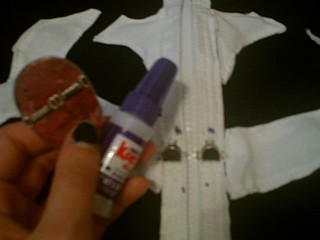 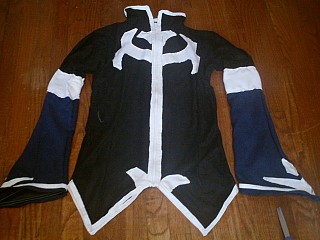 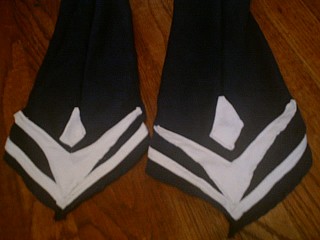 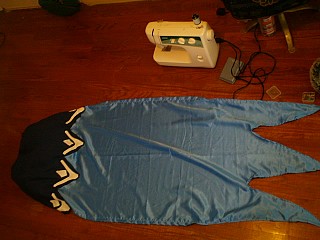 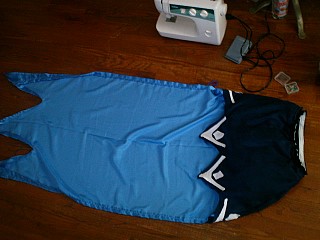 HimeZelda WOW this looks so good!!! I cant wait to see it in person!