G. to Primo:
"Put yourself in my shoes and think of everything I’ve had to endure because of your crazy antics. [...] I don’t regret a second of it."
(KH Reborn! episode 182)

Only that Primo and me set forth to AnimagiC this year with the declared aim to reenact nearly every weird fanart of boss and vice we had found so far and since that wasn’t enough at all we created some more insiders even before the con.

For example: Did you know that G. is short for gummy bear? (Ok, my more serious theory is still, that it is a surname and something like Gokudera ;)) But the boss works part time in an ice cream parlour and has difficulties in stopping herself from laughing out loud when someone orders a Giotto cup. My idiotic question in response: Do you have something else with G.? Primo’s plainly innocent suggestion: Gummy bear cup?

Hum, well, as you see we didn't prefer to present our chars just totally badass, serious or handsome. We love to make fun of them as well. Although there are also some pics which turned out quite epic. And I somehow love this cosplay just because it is so simple in comparison and comfortable to wear :).
And I’m really happy to wear it next year for a complete Prima Famiglia again and maybe this year for a smaller gathering. Oh and teasing Hayato for a change is an awesome experience xD.

Besides the cosplay isn’t complete. Till next year I wanna have his gun and bulletbelt too. As I’m not really a fan of this less individual badass bow of him.

Edit: At Bookfair Frankfurt 2011 we spontaneously nearly got the complete lot together and I have to admit I love every single member of La mia Prima Famiglia *-*.
Just Knuckle and Cozart (yeah he's Shimon but I won't forget about my second best buddy xD) were missing but we will be complete at Dokomi 2012 :).
Oh and I already got most of the materials for my weapons :). Going to have it for a shooting in november most likely ^^. 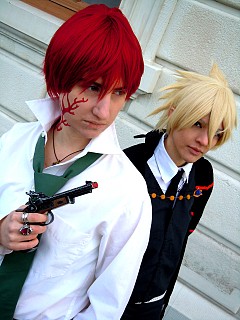 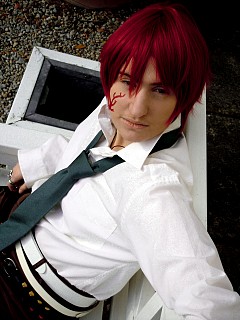 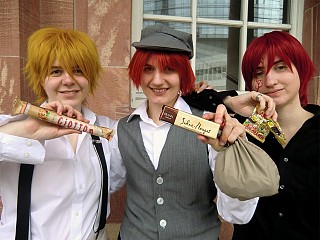 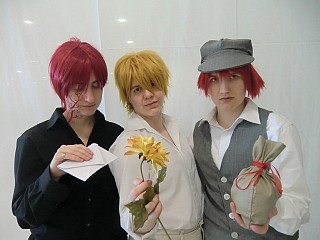 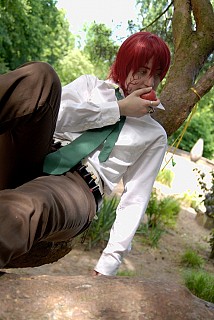 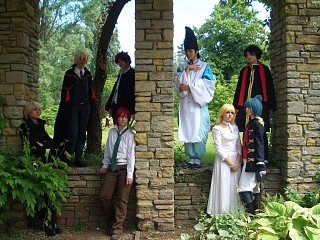 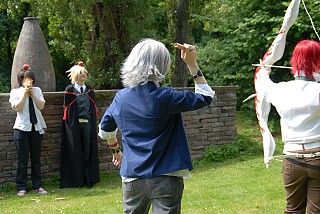 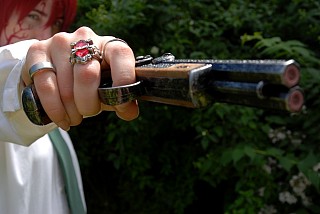 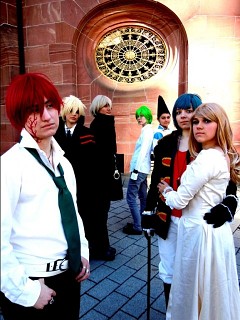 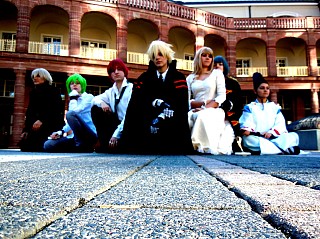 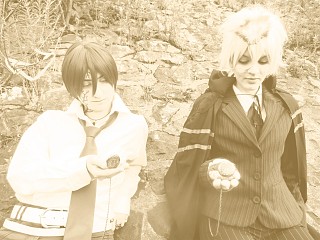 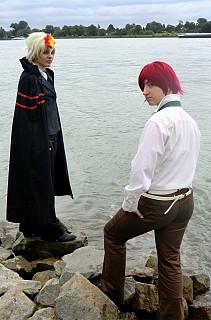