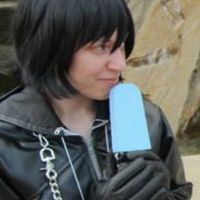 Coat was sewn by my partner in crime in exchange for making his keyblade, Aubade. Ice cream prop was also compliments of him. Hardware on the coat, however, was actually made by me. Ended up making Rejection of Fate as my own keyblade which I'll eventually toss a photo of it up when I'm not being lazy. The original boots were just old ones laying around. Haha! Shorts because it was terribly hot at that point! I later wore black pants for Katsucon 2014. I also got some nicer boots after the old ones out on me on the last day of Otakon. I was seriously walking to the car garage when the soles started coming off and flopping along haphazardly!

I definitely plan to wear this again, and next time, I think I'll have RoF 2.0 finished and will feel cooler! Haha! I liked 1.0, but I lost a lot of detail in the first process I used for that keyblade. It was a bummer! Also planning on doing Xion in a casual style, too. Hopefully, she'll still be recognizable! I've seen a lot of iffy casual Xions. 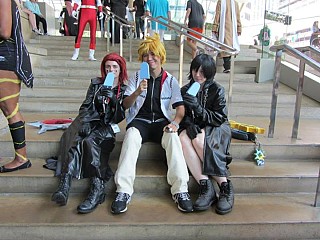 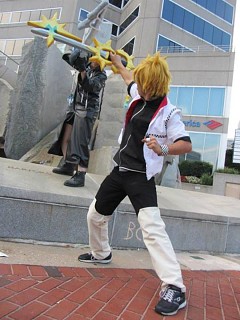 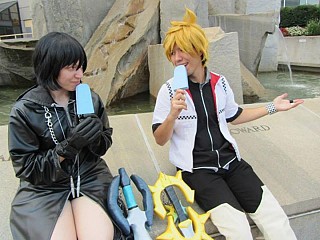 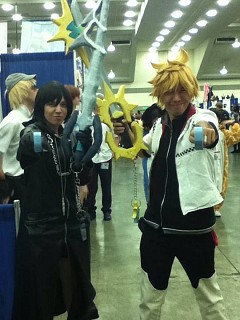