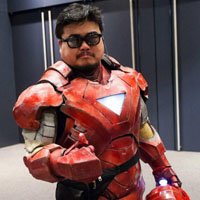 I loved the Watchmen film when I first saw it and it made me go back and read the graphic novels. Rorschach was instantly my favourite character along with Nite Owl II but when it came to wanting to create a costume from it I went with the one that looked to be the easiest one to assemble. It was a lot more difficult than I had imagined.

First of all we don’t seem to have much use for men’s trench coats in Australia but after three goes I finally found a very affordable ‘London Fog’ tan-coloured trench coat in an op shop. It was altered to look more like the version from the film then it took so many goes in trying to dye it brown before I found the appropriate dye for the fabric. I went through two different pinstripe suits (settled on the second one, which I died purple) and three sets of gloves (only two of them were a decent brown).

The easiest part was the hat and I simply found one and bought it brand new (second most expensive costume item I’ve bought and it’s still not accurate). It slowly evolved over the course of a year as I change each part.

The mask was just off-white rayon spandex with the pattern coloured in with permanent marker. I made four different versions to change during an event but I pretty much have one favourite I wear most of the time. I can just see through the mask as long as I am looking through the dark sections.

My favourite memory of this costume was walking around the main hall of Melbourne Armageddon Expo in 2010 with my good costuming friend, Steve as ‘The Comedian’ posing with punters but giving them a choice: regular pose or ‘execution style’. Hence the photos of us beating the snot out of people. :D

Still a favourite to wear but always more fun in a group. 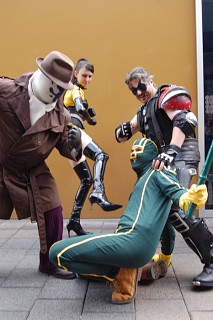 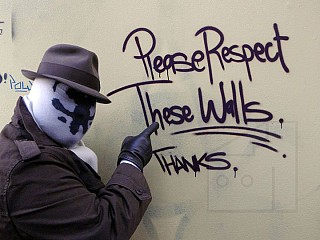 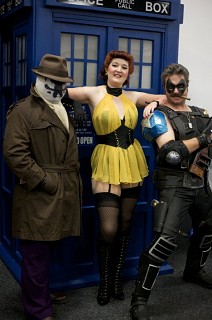 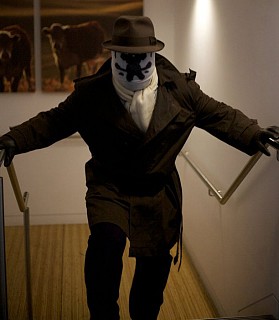 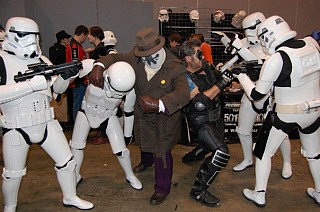