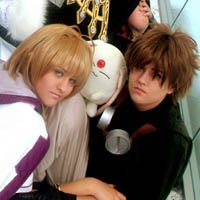 Gaara is so fun to cosplay as! It may take a long, long time to get ready but it is so worth it! : D This is my favorite cosplay! My family and I almost made everything of it! We worked so hard! From October, 2006 to March 30, 2007 to make! So many people said I was the best Gaara they ever seen! That made me so happy! : )

How I made my cosplay:

For the makeup I used a black pencil and black eye shadow for the “raccoon” eyes. I used eyebrow plastic to cover up my eyebrows. The added powder and foundation. I also had plucked my eyebrows thinner the night before. My eyebrows didn’t totally disappear but in the pictures you could barely see them. It’s because I have dark eyebrows. The heat made my brow crack a little though. But that was okay since Gaara’s face cracks all the time. I used baby oil to get the plastic off. The plastic is really sticky and icky. For the ai symbol I used a red lip liner.

The wig is from http://store.wowwigs.com/poetry.html in the color chili pepper. I used http://www.pettingzoowigs.com/wigsupplies_dye.html’s cherry red wig dye to get it even redder.

I bought the knit at Hot Topic and cut the sleeves short. The shirt was made by my mommy. : D

I bought black martial arts pants that came together with elastic at the ends. We added pockets and snaps. My mom figured out the pockets. It was hard! The snaps were also evil! Hammers don’t work! You really need the tool.

We used vinyl for the belt and sewed two pieces together and then sewed the ends together. Each strap is made out of one thin piece and folded and glued together. Then the part that goes through the buckle is a separate piece. The buckles came from little boy belts that I got discounted and cut up so I could use the buckles. I sewed the straps onto the large piece. It was really tight and hard to go through.

The sashes are three pieces. One connects and the other two don't. They are pinned on to the belt. I have the manga version of red with a matching headband, which I made the cloth part, and the anime white version.

I made the sandals with a tutorial's help. My mom and sister basically made it for me because they had all ready made the leaf sandals before. My father painted the one dollar pink flipflops to black for me. Then I added the white wrap around the toes of the right one.

The gourd was made from a beach ball and large bouncy ball that comes out in the spring-summer months at Wal-Mart. I taped them together really well, going from the top of one ball to the bottom of the other. I made a neck brace like thing around the middle using newspaper and tape. Then the gourd was paper mached and later plaster wraps were wrapped around it. The lip was made out of Styrofoam (donut shape for lip and a cut cone for the cork) and so was the cork. They were plastered on and painted the proper colors. The gourd was painted sand color as well. I drew the MWM things on and they were painted on by my mom! And then drew the cracks. Gourdy-kun was then strapped on me by black rope. We made loops to put my arms through. Like a backpack. The belt and sash covered the loops. And the sash around the middle covered the rest of the rope.

My mom did all the sewing and painting! 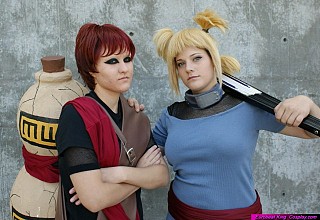 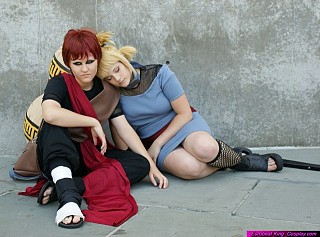 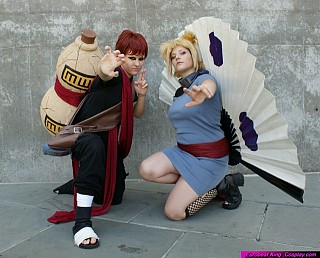 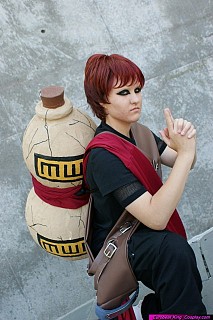 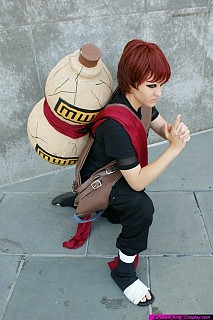 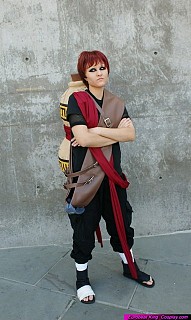 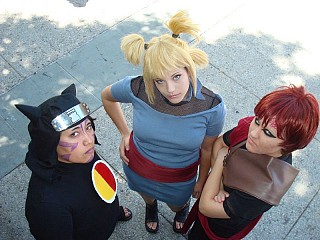 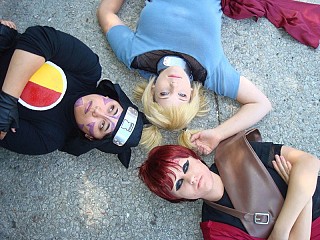 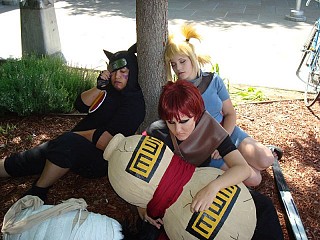 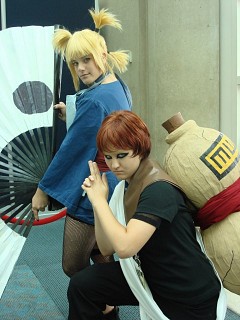 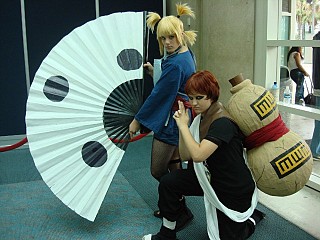 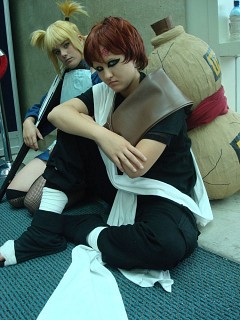 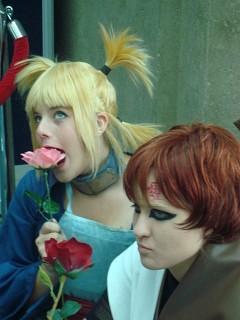 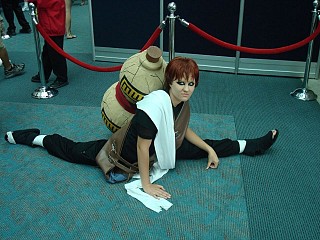 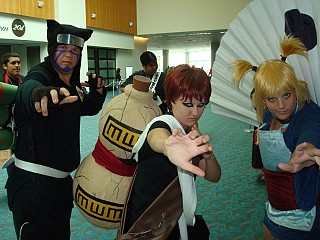 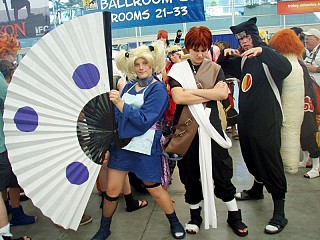 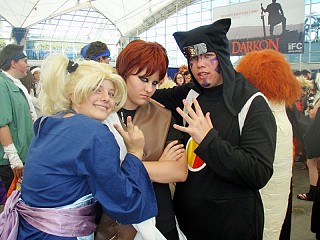 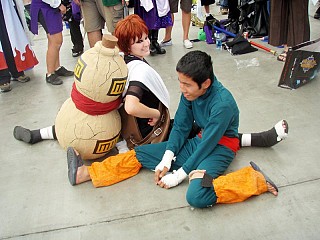 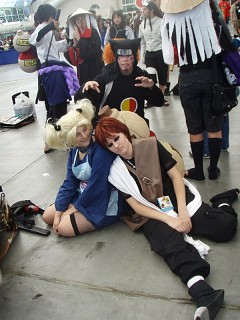 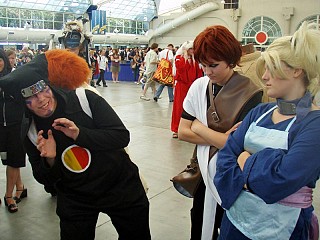 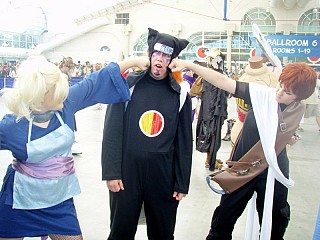 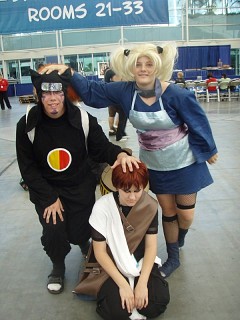 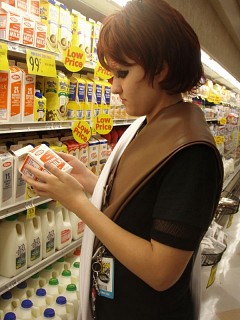 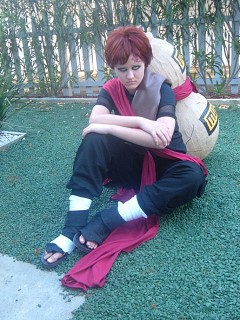 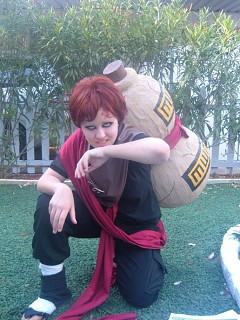