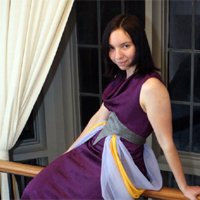 Clearly, this isn't me, but I did make the costume. This is my husband as Grand Admiral Thrawn from the Star Wars books by Timothy Zahn.

Info on the costume:

Coat -- heavily modified from a McCalls Civil War pattern, I duplicated the seams of the original Imperial uniform as closely as I could (many thanks to the 501st Imperial Officers forum for providing helpful references).

Jodhpurs -- drafted from a guide for riding breeches in "The Blue Book of Mens' Tailoring." Working from historical drafting instructions was a new experience and I'm happy with the result; I will do this more often.

Epaulettes -- the knotwork is based on some historical epaulettes worn by the Washington Artillery (and probably others, but that's where I found reference pics). Cardboard and a styrofoam disc covered in the same white fabric as the uniform, decorated with gold cord and fringe, and gold leather cutouts for the Imperial symbol.

Rank badge -- probably should be upgraded, right now the buttons are cut out of craft foam, edged with a slightly darker sharpie and given a gloss coat to make them look like they're made of translucent plastic. Glued to a thin piece of aluminum, which is glued to an even thinner piece of steel, which is held on with magnets, which worked pretty well aside from killing a hotel room key.

Belt and buckle -- bought a strip of black leather and a belt buckle blank on ebay, the leather had a very dull matte finish so I shined it up with body lotion ... hey, it worked. The buckle is covered with a shinier aluminum and the bit in the center is three aluminum discs stacked on top of each other (again, probably should be upgraded, as I can't cut out perfect circles by hand).

Makeup and contacts -- Ben Nye creme color liner in sky blue with white and dark blue highlights and shadows. Contacts are "red screen" contacts from youknowit.com, and they look really good in some lighting and don't show up at all in others. What I like about them is that they cover the pupil while still allowing you to see. 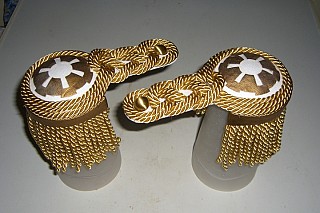 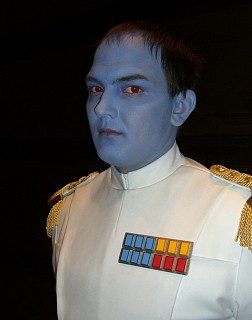 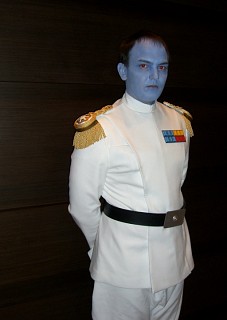 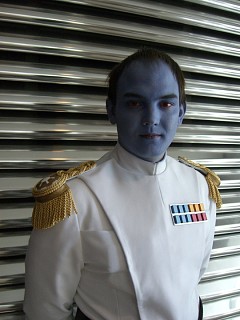 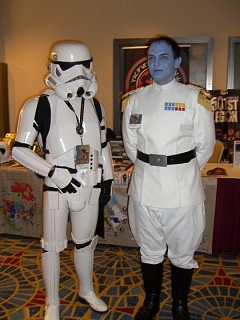 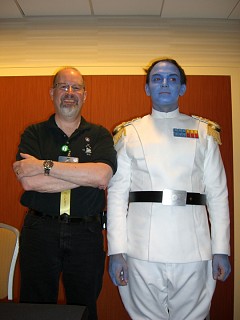 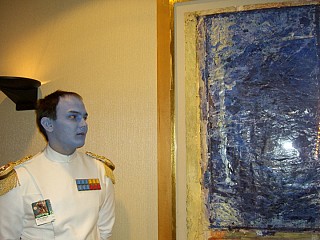 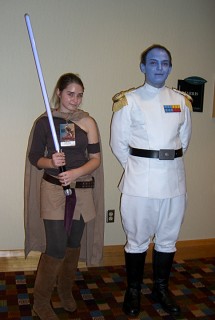 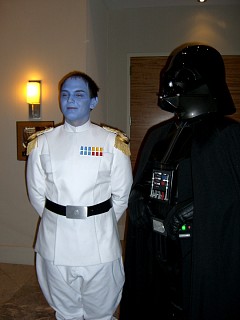