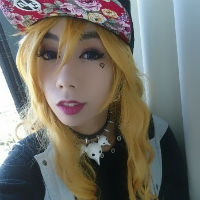 AX 2010:
The dress was bought off of ebay and came luckily the day before we were going to leave for the convention xD; The tophat is my friend's, and the feather added onto it is something I bought at Micheal's. The earrings are all mine; on Friday I wore peacock feather earrings and on Saturday I wore my peacock earrings (they're like a golden color with a lot of gems inlaid into them). The three necklaces were all mine, the pendant from my sister and the other two one was from Wet Seal i think and the other from Claire's. The gloves I bought a long time ago from Hot Topic :P The rings I had before but the fish one I made by glueing the fish to one of some spare rings I had laying around. The bird one came from one of my necklaces actually; i took it out and glued it to a spare ring, then attatched a miniature key on it. The bangles I also made; the one of my left forearm/wrist I spraypainted some mini-wheels gold and glued them onto the bangle, and the one on my left hand I glued that gigantic...thing xD; onto the other bangle. I also attatched the lock onto the bangle as well. The three belts are mine, one was from my closet and the other two were bought. The bottle I bought from Micheal's and filled with some screws I had laying around and a chain with gears on it. The gyroscope a friend was kind enough to give me months ago, the mini telescope is my sister's, the pocketwatch is my friend's little brother's, and the pendant with the rock in it was given to me also a long time ago by my friend. I was also wearing mesh tights but you couldn't really see them :P and the pirate boots are from my sister's old Halloween costume, but they don't fit her anymore so they're mine :D

The SacAnime 2010 variation had some new welding goggles i purchased, as well as a different pair of boots i found in my closet, and my gun, Elisavet. I constructed her over the summer using a NERF gun of my mom's boyfriend's son's; there's a tutorial that also shows how I made it located on my deviantART page :)

The home shoot are just with things rearranged, except for the second version during that shoot. Those are different feathers I purchased for more variation, and the butterfly is actually supposed to be a Christmas ornament haha.

overall I had a lot of fun wearing this costume; the amount of noise I was making was amazing haha but I got used to it. Thanks to anybody and everybody who complimented any aspect of my costume whether they told me they liked it or thought it :) 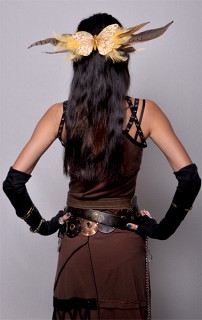 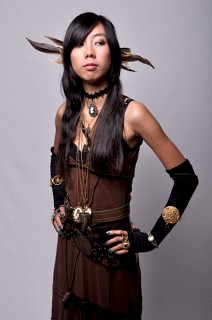 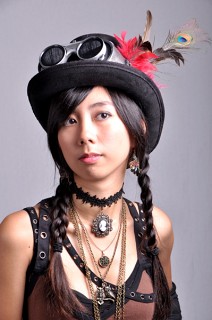 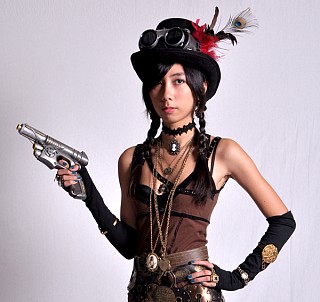 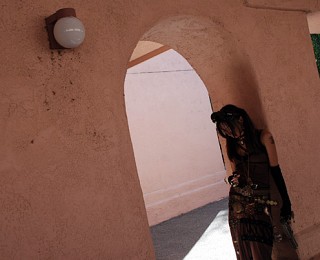 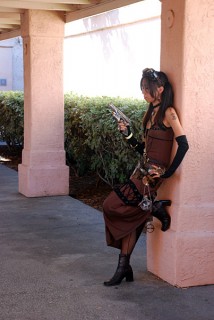 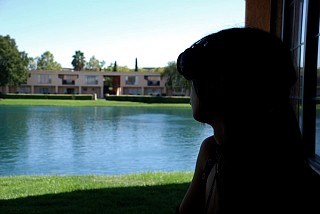 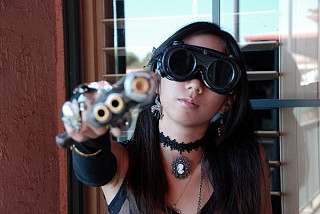 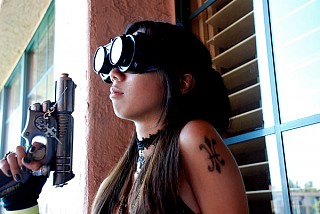 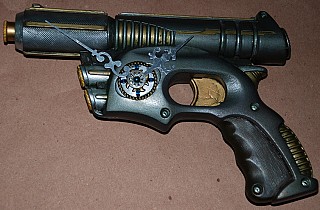 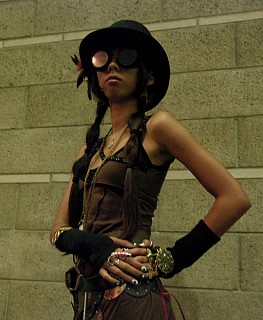 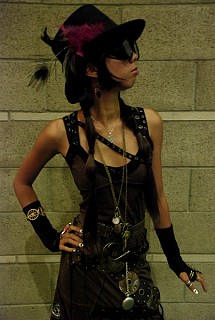 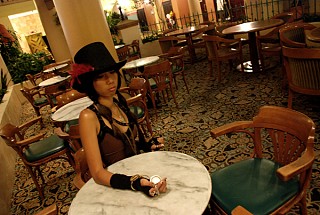 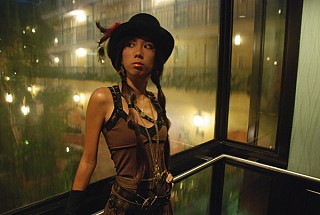 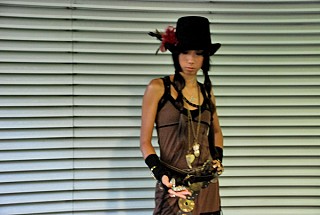 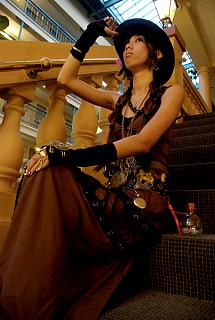 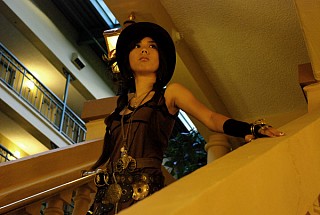 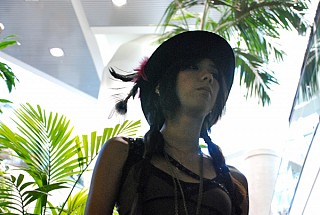 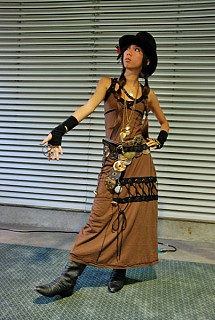 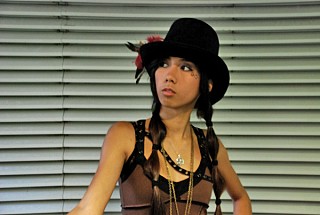 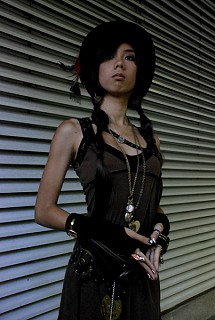 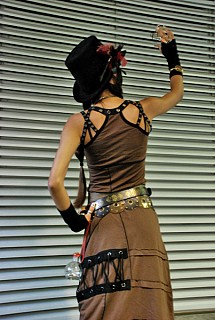 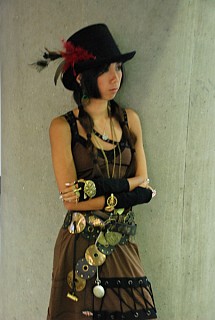 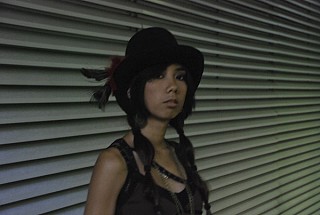 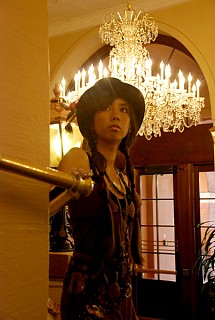