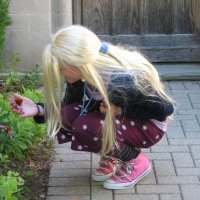 This costume is my baby. <3 Aeris was my very first cosplay, and I've tried to improve at least one aspect of the costume every time I've worn it. When I added a new jacket, armor, and weapon for Ohayocon6, that marked the completion of the costume's metamorphosis. XD All that remains from the first version are my store-bought boots. Well, I'm still working off the same spool of black ribbon, but I think I've cut a new length every time I've worn the costume XD;

I have so many memories of cosplaying as Aeris, especially since I've done it on 5 different occasions... from hugs to glomps to AerisKabobs to having a Solid Snake cosplayer feign snapping my neck for a photo op... she's certainly one of those love-hate characters XD;

I love her props... I've carried her default Guard Stick (which also has improved significantly since the first time I cosplayed with it), a flower basket (I'd like to get a new one if I do that again), and her little-known Umbrella (her 'novelty weapon,' found only by earning a certain number of points in one of the games in the Gold Saucer--equivalent to Cloud's Nail Bat or Cid's Mop XD).

I think it's time I retired this costume from Saturday wear, but I'd like to keep her around for Fridays or Sundays. She's such a fun character to cosplay that I just can't quite give her up. ^^ I would like to make just one more weapon... :E 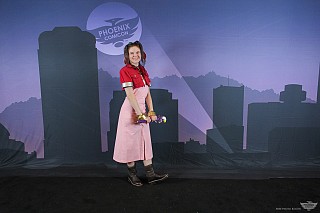 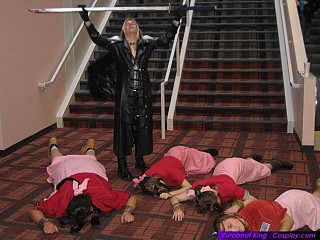 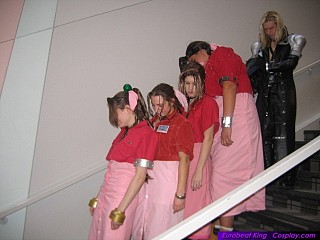 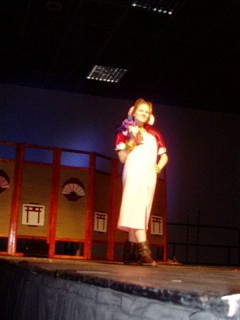 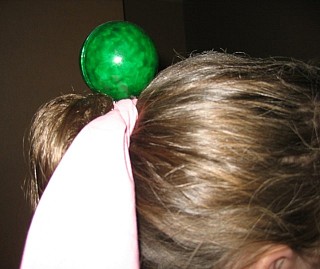 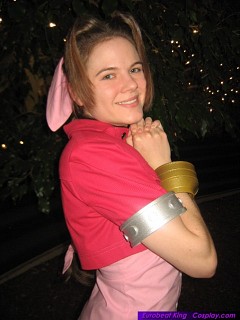 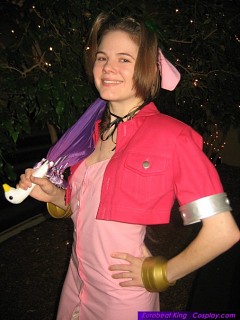 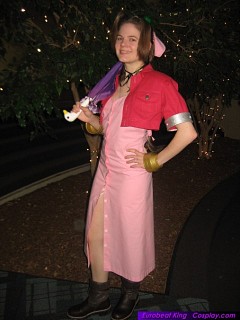 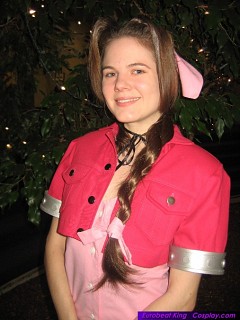 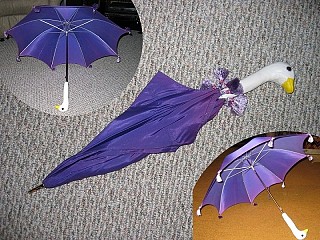 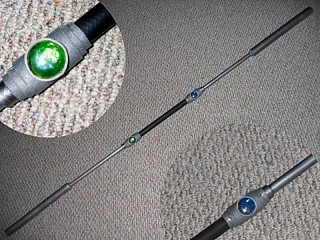 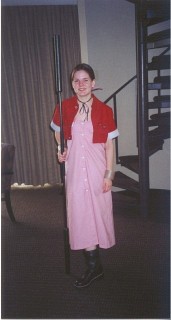