I love Paradise Kiss. I really love Yukari cause she's stubborn and she grows. She found out alot about herself the same ways I did.

I did this costume, one because I didn't want to start getting into sewing huge costumes right off the bat (like her blue dress), two because I hadn't seen many people do her school uniform and three because I wanted to dance around like her in the costume.

This costume was made using an XXL shirt I found at a thrift shop. I used that skirt because I couldn't find any fabric I liked online or in stores. I wanted the outfit to be like the Manga/Anime, but I also wanted it to have the green tinge that it has in the ending credits of the anime.

I used a vest pattern and very carefully cut out the vest pattern making sure I cut it right so that the lines matched up. The skirt ended up being a bit short because of this, but I hoped that it would just make my legs look longer, which I kinda needed cause I'm not at tall as Yukari is.

The bow was made using a tutorial off this site. I used thick interfacing so that it would stay up and be big. The bangs on the wig were styled by me (and I was a nervous wreck about it since it was my first time taking scissors to a good wig) The socks were store bought and the shoes were borrowed from my boyfriends mother.

I originally had a bag like hers, but the inner seam ripped and it kinda looked tacky, so I have no pictures of it. I also had the little bear from the Promo advertisement connected to it. You can find a picture of that in my WIP gallery. 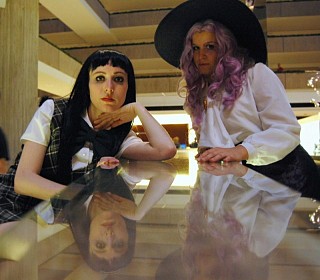 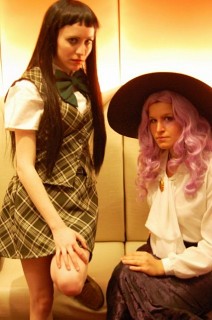 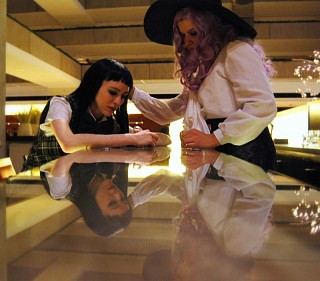 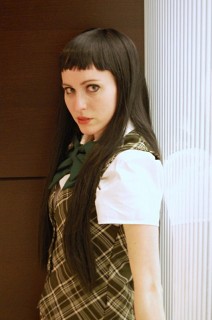 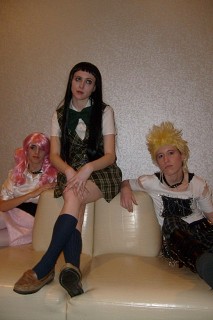 LittleHobbit13 Fantastic! You look like you popped right out of the art! Very nice! ^_^

Thearah This is crazy, you look liked you stepped from the pages of the book. :3 Wonderfully done.

Wishe You look right out of the manga! I agree with Otaku_Ninja, one of the best Yukari cosplays around. ^^

Otaku_Ninja wow this is one of the best yukari cosplays i've seen great job you look fantastic!