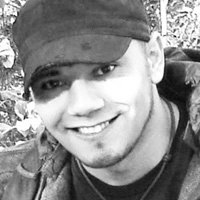 Here's a short rundown of of this suit. The cowl (mask) was cast in urethane. It was sculpted by our favorite bat fan/extraordinaire, Bob Dullam. And that goes the same for my torso piece and leg parts too. This is a full body wrap suit made just like in the movie. In fact, it's almost 100% identical with a few minor differences in some areas like the shoulder blades. Everything else is pretty much dead on detail. The latex cape was done by me, using a fully sewn, 8 panel fabric which was then coated carefully with latex. 2 coatings on the outside and 1 coating on the inner first two panels of the cape. The rest was lightly layered with a very thin coating of latex to a dry matte finish.

The belt and emblem were both cast from the actual movie used emblem and stunt belt. Belt is pure gold pigmented urethane and the emblem is a two part resin glossed over with clear gloss acrylic spray. Both the black and yellow are resin and not painted.

The arm and calf pieces were actually cast from restored molds from the actual movie used costume worn by Keaton.

My spandex under suit was made by me.
My 89 movie gloves were provided by Nightstar, completely replacing my own hand made gloves. His were just better. :P

My boots were completely constructed by me, using air max Nikes as the base. At the time when I first built them, I had no clue the base shoes in the film were actually Nike Air Trainer 3's. But I made the proper adjustments using faux leather, velcro, and a lot of patience. lol. Boot pics will be up soon!

My cowl was attached to my cape using industrial strength velcro because I don't want to glue it on. And the cape is also velcro attached to my urethane torso around the neck area and also planted right in the emblem cavity to hold its position no matter how much i move around.
The emblem then gets attached on top of it all using again, velcro.

A very hot costume to wear during day light hours, especially in the California summer heat.

The suit is maintained by light showers and mild detergent after every use. Then talc powdered dry and finally the exterior is rubbed down with armor all to keep the rubber fresh and protected by UV and oxidization. =]
Urethane is a very long lasting synthetic rubber. But its also so heavy and rigid, it makes wearing this suit so much more painful. But I guess its worth it. lol.
Thanks for viewing!! I hope you all enjoy the pics!
My first debut was just this past SDCC 2009!
Had a great time, although nearly passed out in the heat. :p 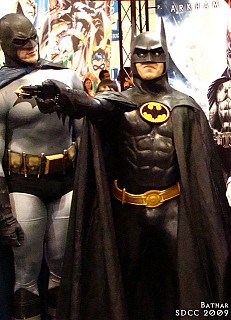 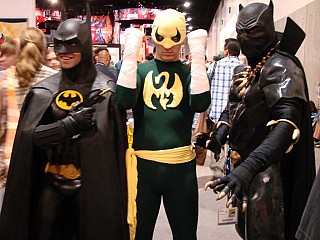 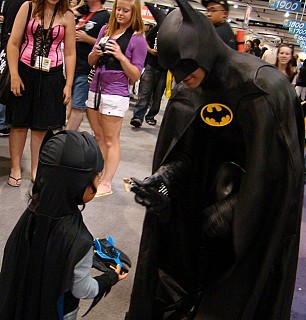 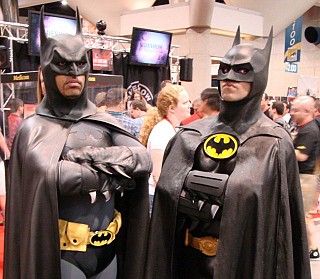 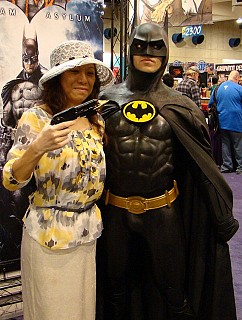 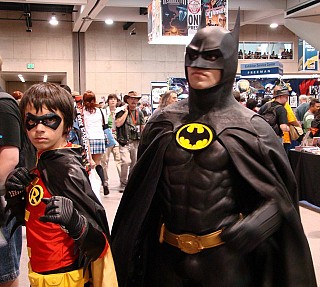 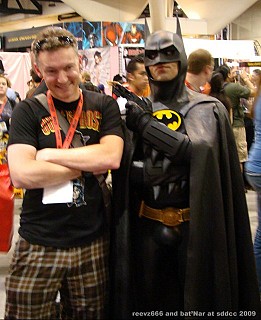 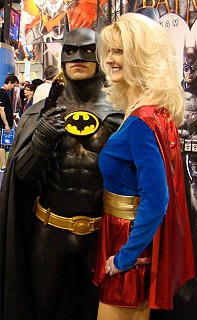 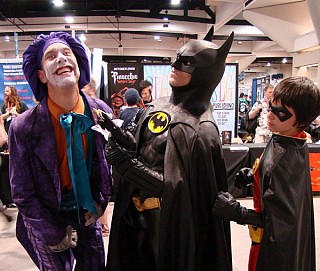 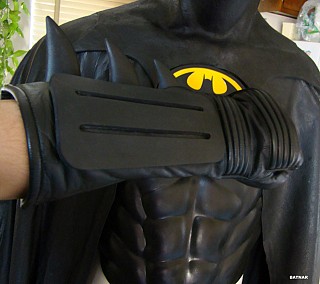 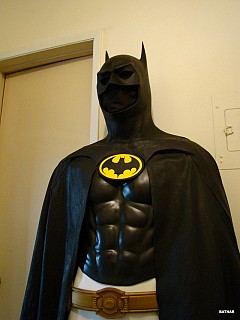 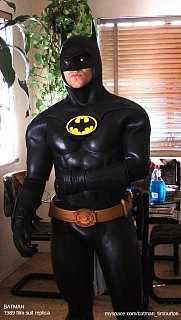 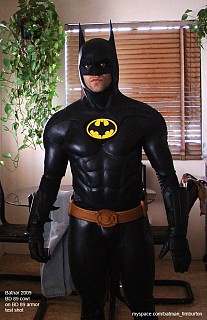 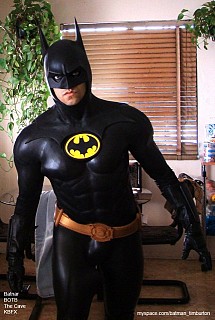 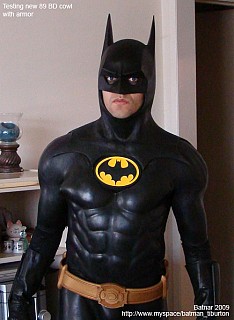 TheAngryTeacup Have you ever thought about working with Gotham Public Works? Your stuff is sooo amazing!

SFDevotion By far: The BEST Batman cosplay I've ever seen. We need to cosplay together sometime at a con, or have a photoshoot!

FruityKyuubi ITS PHENOMANEL [I'm a big batman fan XD] Is it true that Batman has an Orphanage where he gets all his Robin's from Cuzz he has to continue replacing them? XD Anyway, YOU ROCK!!! favorites forever man ^0^

anarchymale85 Sweet mother of God. Is that Michael Keaton? Oh wait.....I think it's probably his stunt double. The costume wreaks of awesomeness. Quite epic.

Znieh The last picture you seriously look like Keaton.