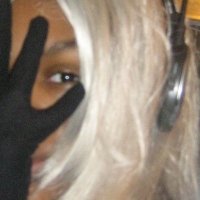 Yowane Haku means speaking/complaining White.
Yowane haku was made when a Miku user complained that they couldn't get Miku to work.
Yowane Haku is usually regarded as a prototype Miku in the Vocaloid fandom

The earlier photos are from when I was working on the first version. I lost my armwarmers in between 2010 and 2009 but I upgraded the shirt I was using. My tie had broken early in the second day. And I had cosplayed Neru the day before so I had the wrong color nail polish. But I did find and bring my head phones for 2010. 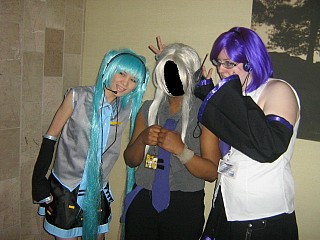 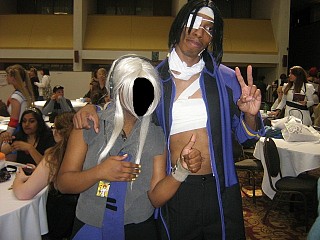 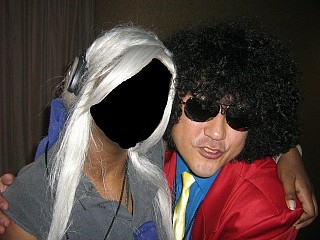 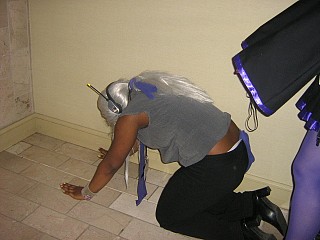 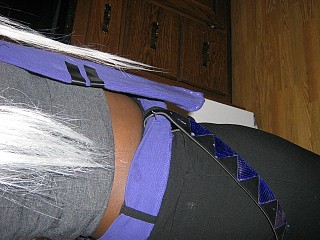 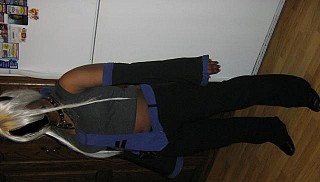