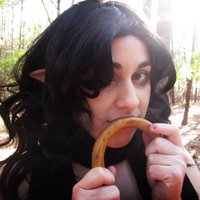 I was kind of half-forced into this, my friends came to me and sugested that are group cosplay as pokemon charaters, and said that I should be May, and I got really excited and jumped right into it.
It was pretty easy to make altogether, of course that was the idea since they were a first for most of my group.
I made the glove my cutting off the fingers and wristbands of black gloves and sewing them onto white ones with the same places cut out.
The bandana was bought from Micheal's and the symbol was fabric painted on.
The shorts were already made from when my sis was Wrath, and I stole them from her. They were made a pair of old dance pants though.
The undershirt/skirt thing is a tan tank top barely clinging to my waist, and often needs constant adjusting.
The shirt was the biggest pickle for me, I had a red polo, and I wasn't sure how to put the circle on. In the end I hand-sewed it on loosely, but secured it later. 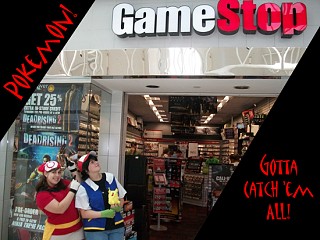 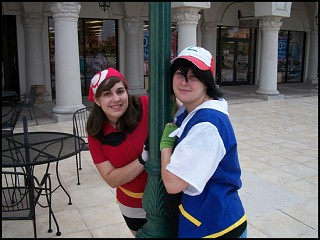 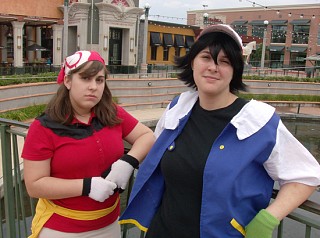 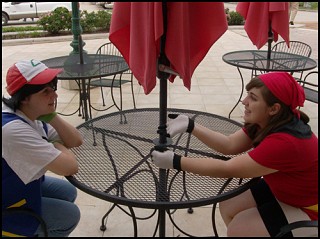 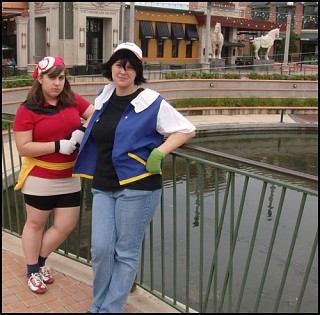 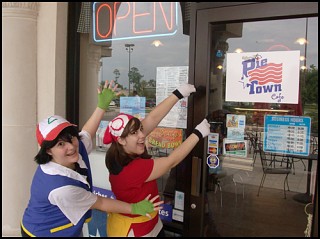 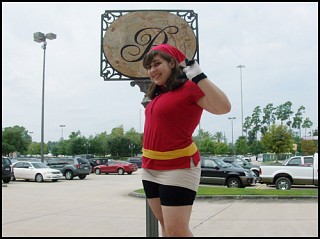 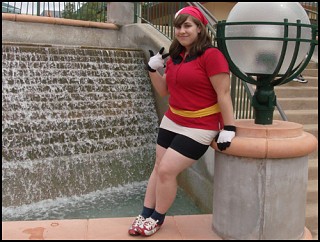 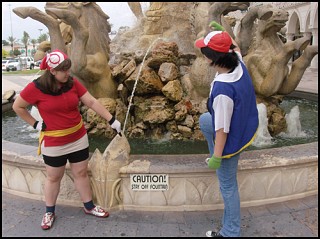 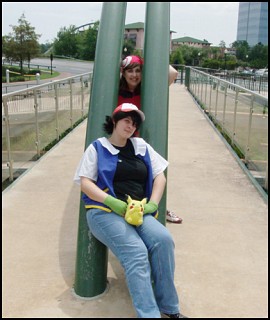 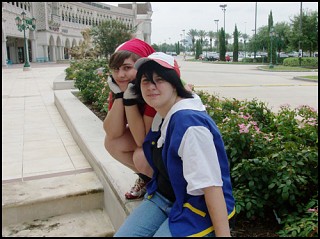 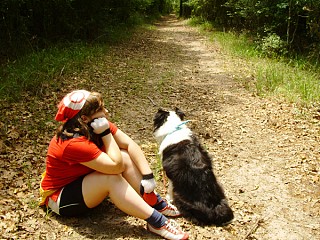 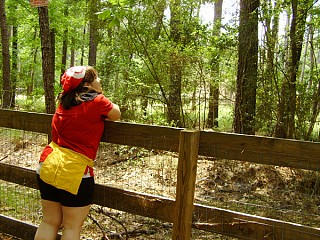 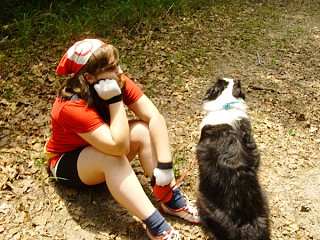 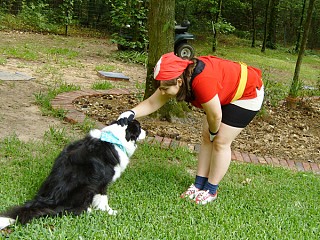 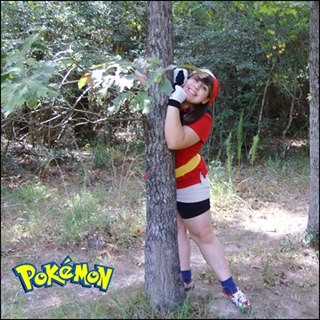 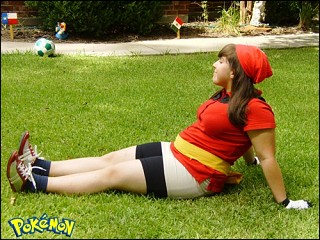 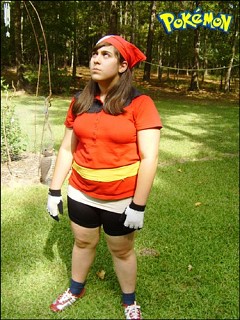 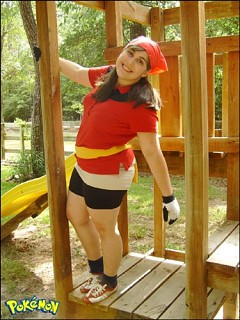 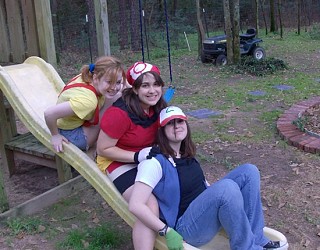 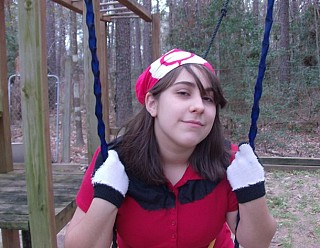 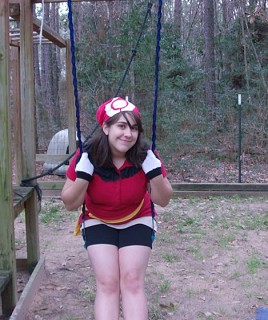