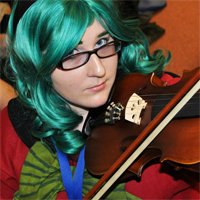 Well I saw a picture on Deviant Art and was inspired. An Archer version of Rin! How fun and different!

Because it's a fanart I changed things up a bit.

Boots- Hottopic- Instead of doing straps down my legs I had black buckled boots I bought from hottopic and I think it pulls together nicely.

Skirt- Originally a tanktop. The shirt was too short so I added the skirt.

Shirt- Well archer wears black clothes under his red jacket and 'skirt'. So I bought a black shirt and instead of doing the 'muslce lines' I added the cross because well, Rin has a cross on her normal shirt.

'Skirt'- I made this with the help of my aunt because I do not own a sewing machine. It is several different sections to give it more of a tailored open A line look.

Jacket- Well the jacket was not fun to make. Instead of doing the back as how it is for archer, I just did a solid back. It was easier that way. Besides, not many would have noticed because of the wig's length.

Necklace- It's the necklace from the show that Rin uses. I love how it looks. It's beautiful.

Dagger 2.0- Well the first version was covered in duck tape due to not a lot of time, this next version I put a lot of effort into :) I know it can still be better and I plan to remake it when my prop skills are even better.
--
I completely took apart the old one and started from the base Styrofoam I originally had.

By the time I finished there is hardly any Styrofoam on the blade and I used shiny silver paperboard to make the blade as well as cover the handle in the weaving design. I was going to use real leather but figured I would need to find an extremely thin leather in order to or it would be too thick of a handle. So instead I went with the paperboard and mixed browns to get the brown you see ^^

The gem: not many places had the rounded gem but I like the one I found. It has different reds in it to give it a more 'real' look but still look good on the blade so I decided to go with it. 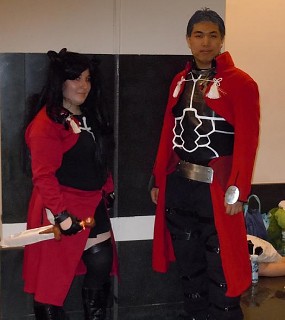 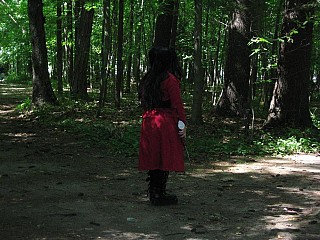 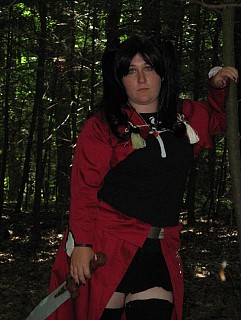 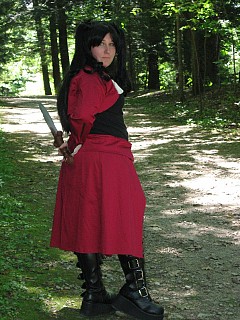 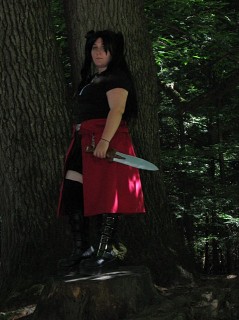 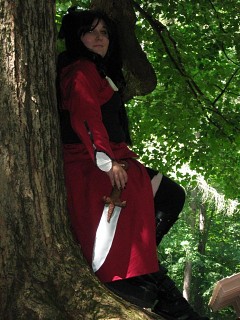 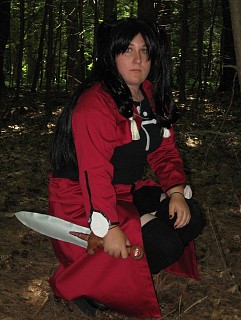 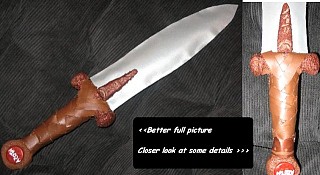 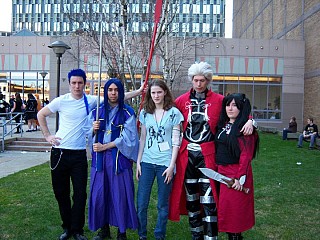 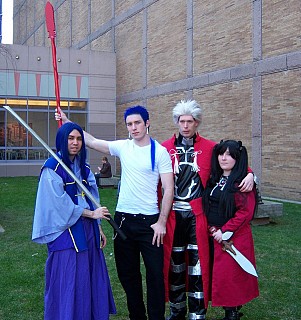 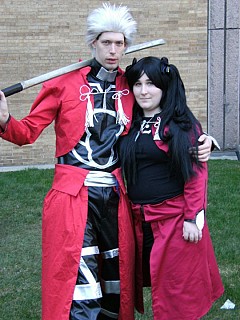 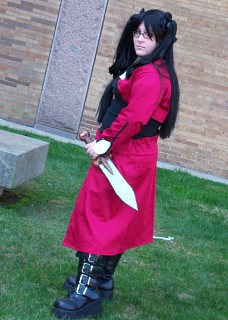 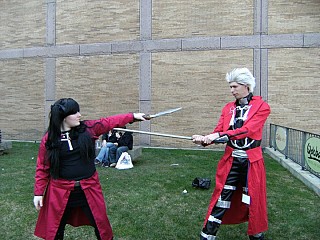 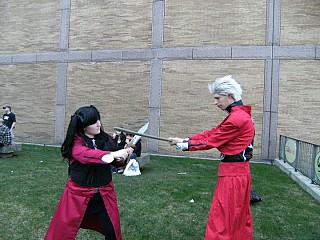 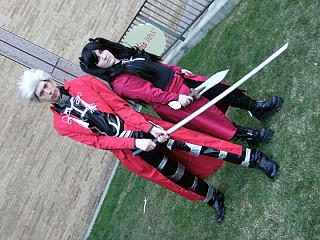 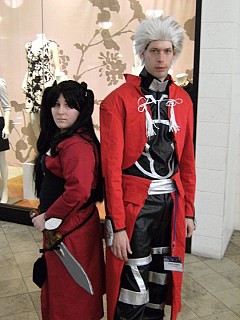 klassiandreams I love your wig and how original the character is. Great job!

MezzyChuu Looks like a lot of hard work! :D Your wig is perfect~

Darkia I was told by a friend that there is an unlock able secret outfit in the game for Rin that is similar to Archer's outfit. I've been trying to find pictures of it though I saw a similar version on one of the visual novels covers.

~H~ What a fun idea! I like that you went for something original ^_^.

shinigamimeroko So much fun! what an original idea, great job!