well I had this obilisk blue jacket I made for while but I kept thinking am I gonna cosplay Manjoume yet? Because well lets see I have my mom that won't be happy knowing that I cosplayed a male character, and some stuff I needed like the boots which I couldn't get but the next time when I wear this cosplay hopefully I should have some boots that look similar to Manjoumes boots in the series. Speaking of which if ever I wanna cosplay Sho all I have to do is make my hair blue or get a turquoise wig or whatever /heh but anyway the boots and also my hair was an issue. First of all I have ethnic hair so its not naturally straight like that I have to spend atleast 1 and a half hours if not 2 whole hours just trying to get it like that. My first thought was originally to just push the hair all to the front but then how would I spike the hair because we all know Manjoume's hair goes to the front but its also spiked so then I'm thinking well how am I gonna do that because if I put gel in my hair then all my 2 hours of work will go to waist wit the result of my hair curling right back up and don't tell me no because I know this from experience but other then those things I think it came out pretty well.

Hopefully next time I can get a boot cut pair of black pants like that and the boots and be able to situate the hair issue and also maybe my shirt under because it should be longer only just because if I put my arms up then it comes untucked so I hope to get a better shirt as well. I look foward to possibly redoing this cosplay at the next con I attend and hopefully by then I will have better stuff for it but untill then here is my product.

About the pictures I was supposed to take the pictures at the anime club but I forgot to take out the camera so I just took them at home after the event. That kinda explains why the pictures are kinda phail and the fact that I can't pose or model for that matter for my life and also some pictures are gritty looking because of the lack of light and stuff and thats because my "photographer" kinda phails at cameras /swt

edits: 6/12/11 I wore this to animeNEXT this year and kinda did a quick run through wit the Yu-Gi-Oh photoshoot. I did this up so last minute that I didn't even give myself a change to sleep on it xD I practically woke up that morning and was like "I'm gonna cosplay Manjoume again :O" And noone knew untill I got there ;p

My real hair was used and not a straightener in sight but my real black nappy hair was used although it looks lighter outside :O The weather was hot and humid so I was practically sticking to my fleece obilisk blue jacket. The pants were even sticking to my boots but luckly I changed AFTER the photoshoot so I didn't get too hot xD 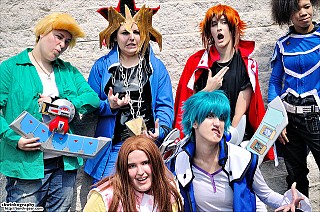 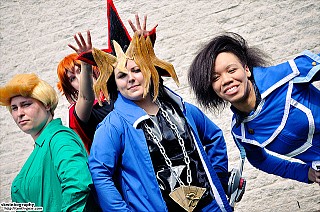 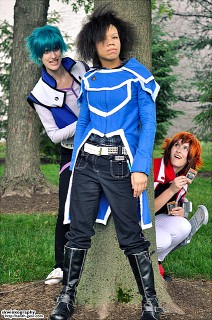 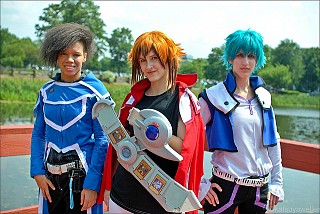 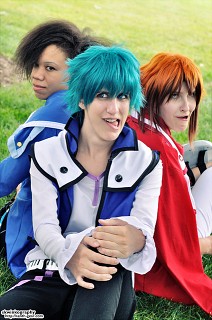 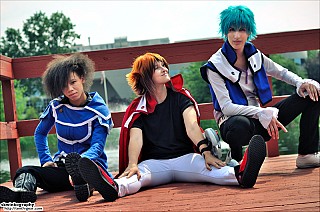 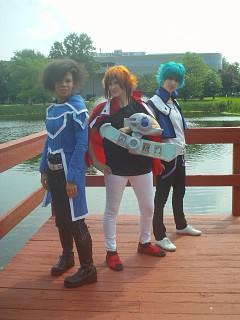 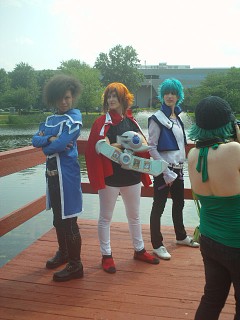 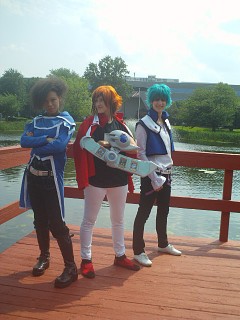 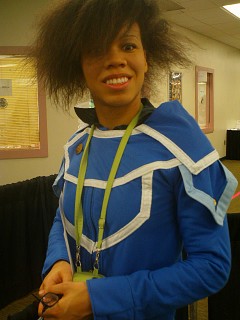 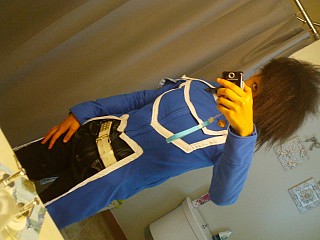 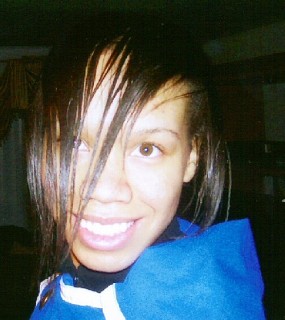 Otaku Gunso indeed :D I still have yet to remake the jacket but I'll make sure to take pictures when I do ;p and yes I can't stand the dub either ;p

Sawsbuck Thank you for calling him Manjoume and not the C word. It makes this cosplay that much better. But it's pretty awesome no matter what you call it. Love!